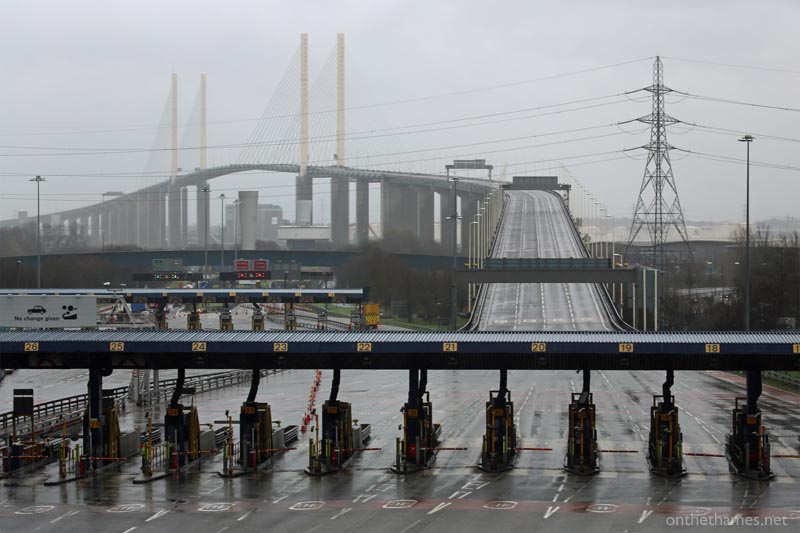 THE QE2 Bridge across the Thames at Dartford was closed today and won't reopen until the early hours of Christmas Eve.

The river crossing closed shortly after 12.30pm on Monday as rain and high winds battered large parts of Britain.

Large queues built up on approach roads as the Dartford tunnels switched to two-way operation.

The bridge, which opened in 1991, is closed when crosswind speeds are predicted to be over 60mph or headwind speeds reach 70mph.