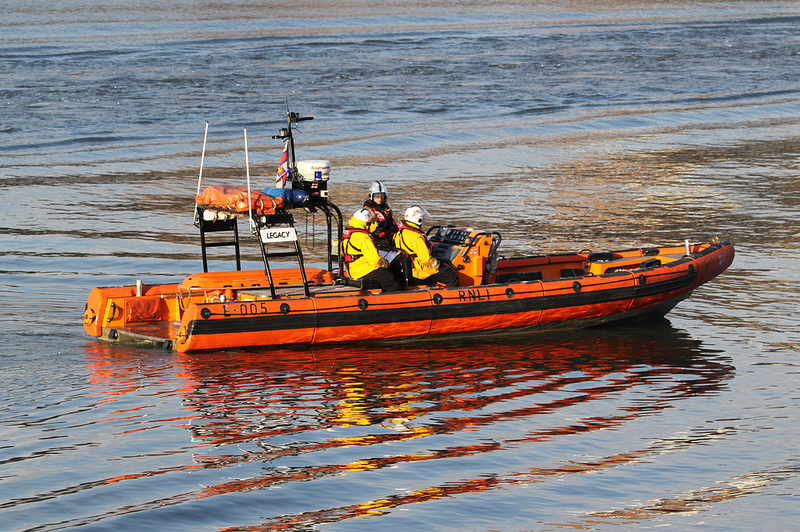 THE RNLI have rescued a man from the river by Waterloo Bridge.

The crew from the RNLI Tower station sprung into action ninety seconds after members of the public who witnessed the incident raised the alarm on Thursday (23rd) evening at about half past five.

Lifeboat helm Keith Cima said: "We could see from where the crowd of people were gathered on the bridge that this guy had fallen in at number two arch.

"The tide was flooding at about half a knot so we knew where he would have drifted. Unfortunately he was being taken towards the stern of a very large boat moored to Savoy Pier.

"One of my crew spotted him floating in the water on his back so we manoeuvred alongside and pulled him out of the water to safety. He was conscious but it took three of us to pull him aboard as he was a large man.

"I’ve no doubt we can chalk this up as a life saved. I’d like to thank the people on Waterloo Bridge who saw him fall in and shouted for our help."

The RNLI gave first aid to the rescued man before he was taken in to the care of the London Ambulance Service.