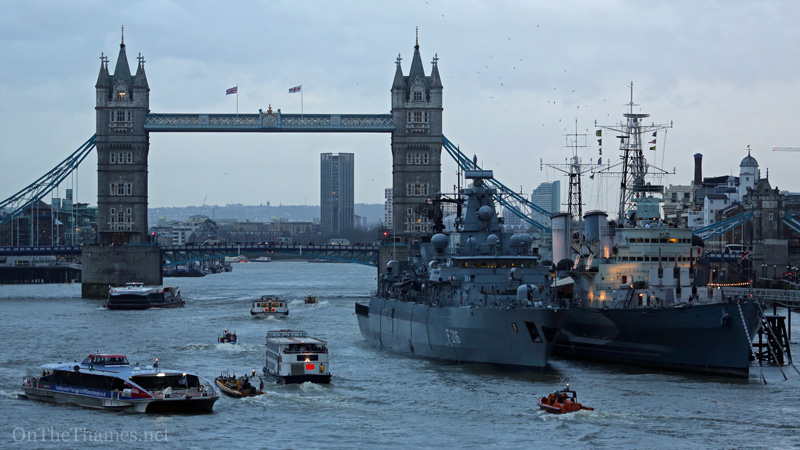 A FRIGATE from the German navy arrived in London early on Friday morning.

SCHLESWIG-HOLSTEN reached the capital and moored alongside HMS BELFAST a short time before sunrise.

The visit by the Brandenburg-class frigate comes just a few days after a visit by the Royal Navy frigate, HMS ARGYLL.

Later this year, the 139-metre vessel which was built in the early 90s, will join the Royal Navy’s Response Force Task Group in the Cougar 14 deployment.

“It is always a pleasure to welcome a vessel from the German Navy to a British port. We are particularly pleased to see FGS Schleswig-Holstein as she is expected to be an integral part of Cougar 14. Her participation in Cougar 14 reinforces how readily NATO partners can operate in a maritime environment and demonstrates partner adaptability.”

SCHLESWIG-HOLSTEN will remain on the Thames until Monday morning when she is due to depart under Tower Bridge at 10:10. 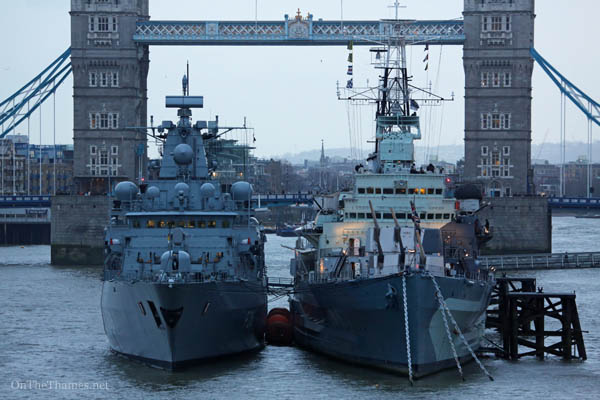 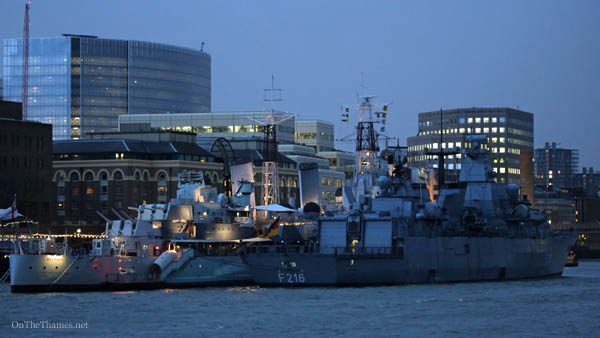