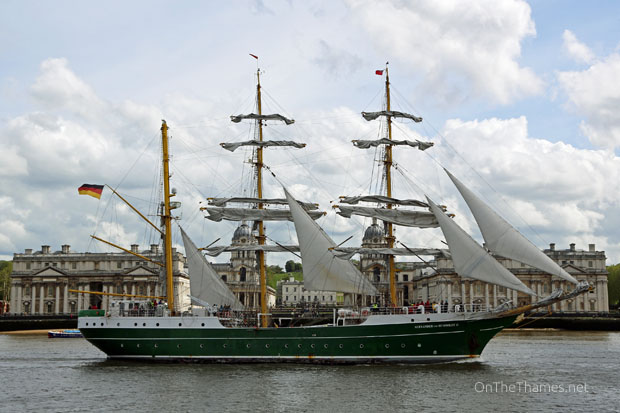 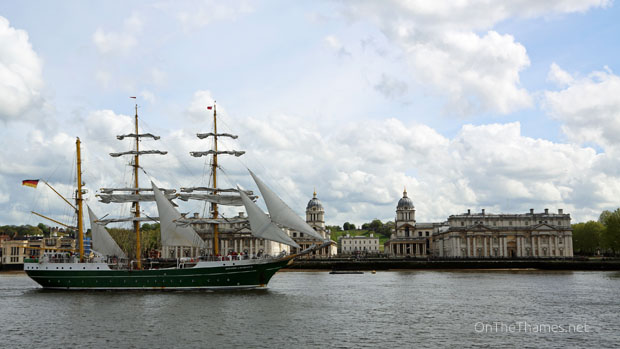 The 65-metre barque with distinctive green hull looked spectacular as she passed London's landmarks on her inbound journey to the Upper Pool.

It's the first visit to London for the three-masted vessel which was launched in 2011 and is owned by the German Sail Training Foundation.

She was built at a cost of €15million to replace the original Alexander von Humboldt ship.

"Alex 2" moored alongside HMS BELFAST this afternoon and will remain there until her departure at 10.15 on Monday 28th April. 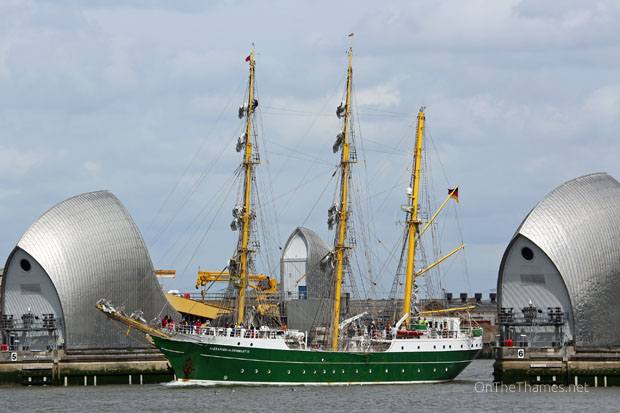 Passing through the Thames Barrier 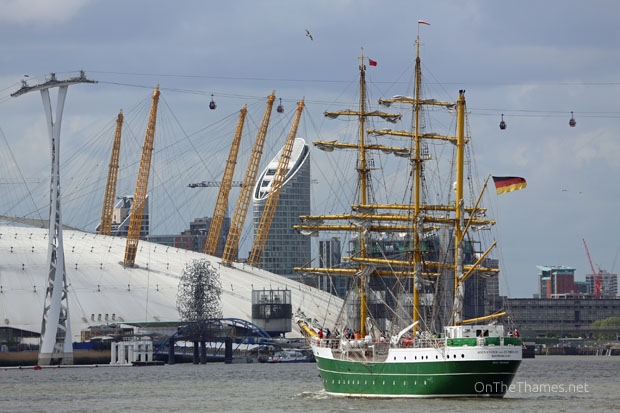 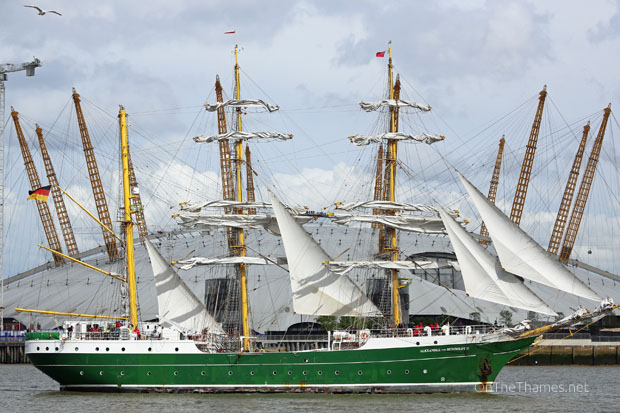 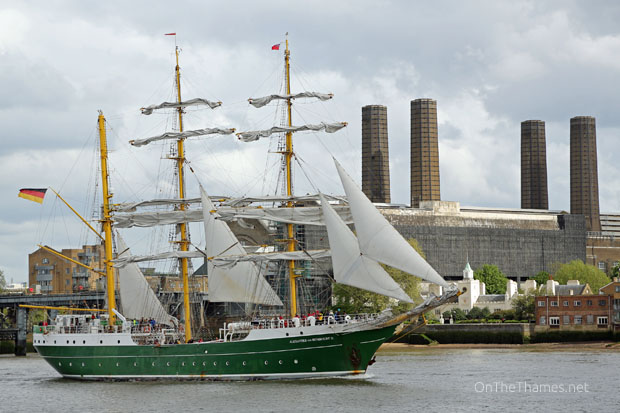 Seen with Greenwich Power Station behind 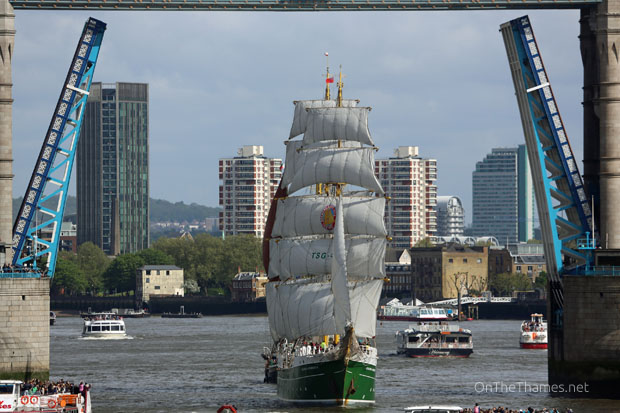 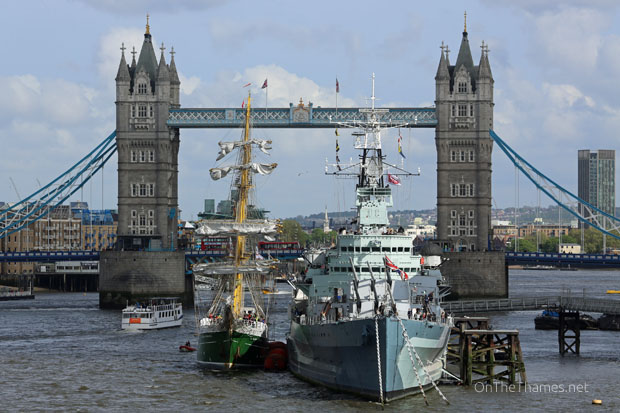 Moored alongside HMS BELFAST - she remains there until Monday.