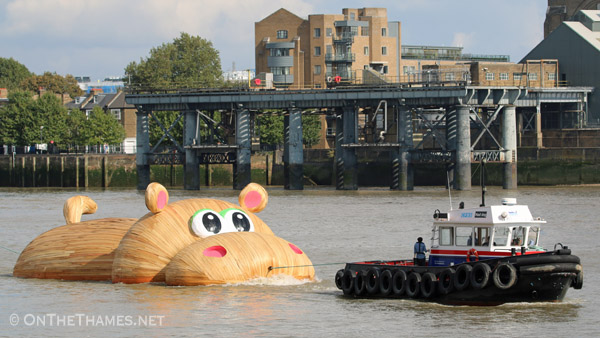 A LARGE wooden hippopotamus was seen swimming up the Thames this week.

The eye-catching beast caught admiring glances as it left the Royal Docks and went up river to South West London yesterday, passing many of the capital's most famous landmarks on its way.

HippopoThames, as it's called, was designed by the sculptor Florentijn Hofman, famous for his giant rubber duck, and commissioned for Totally Thames - the new name for the month-long Mayor of London's Thames Festival

The Thames Hippo, which was brought up river under from the tugs Mad Dog and Bull Dog, can be seen Riverside Gardens, Nine Elms Lane, until September 30th. 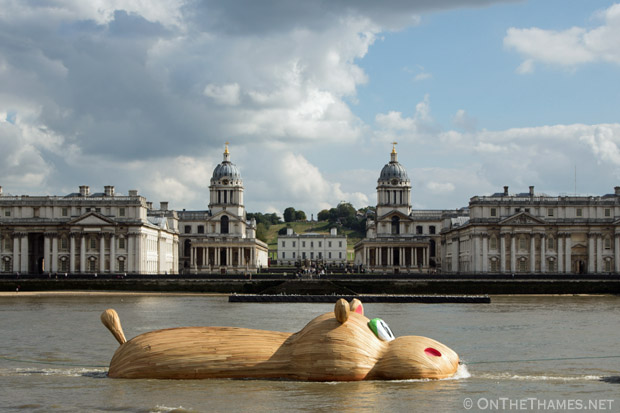 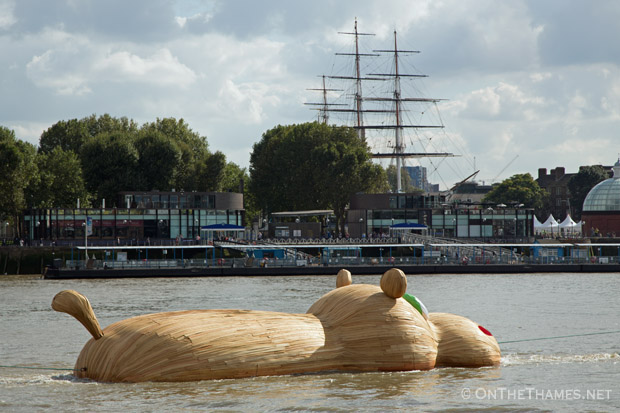 Hippo with the Cutty Sark behind