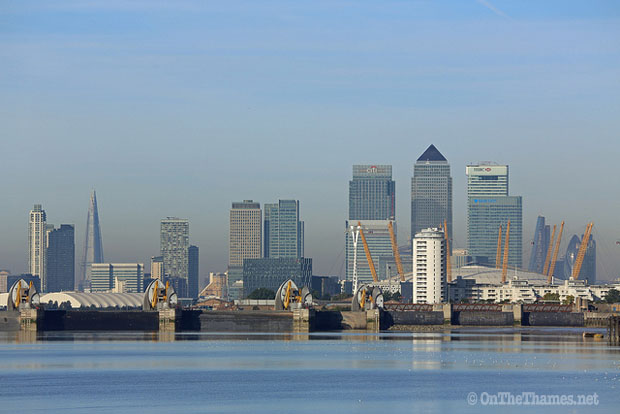 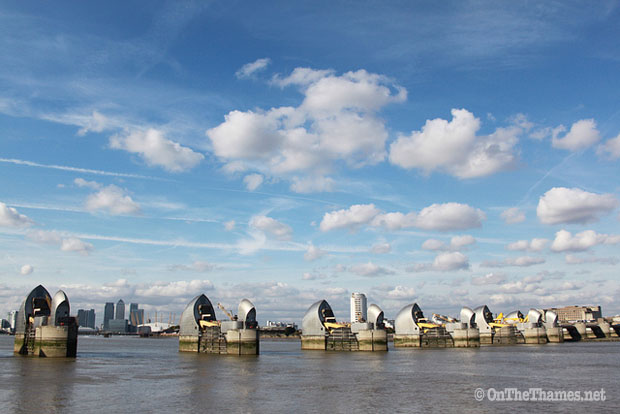 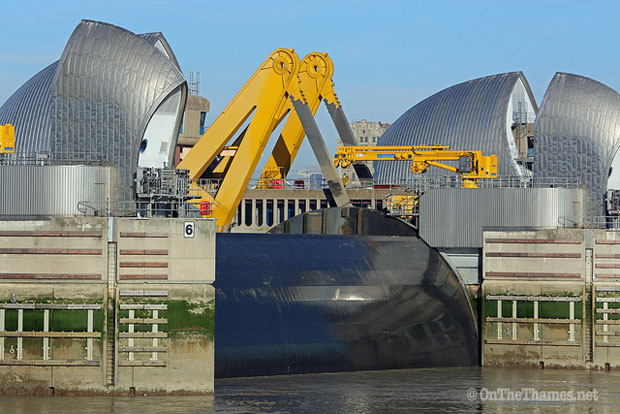 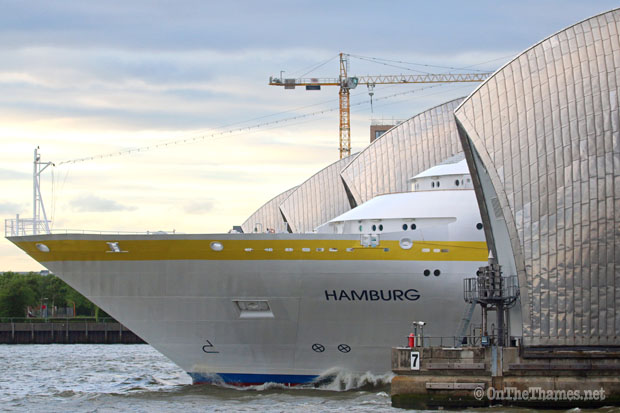 Cruise ship HAMBURG seen transiting through the Thames Barrier. This photo is included in the On The Thames calendar for 2015, which is available now.