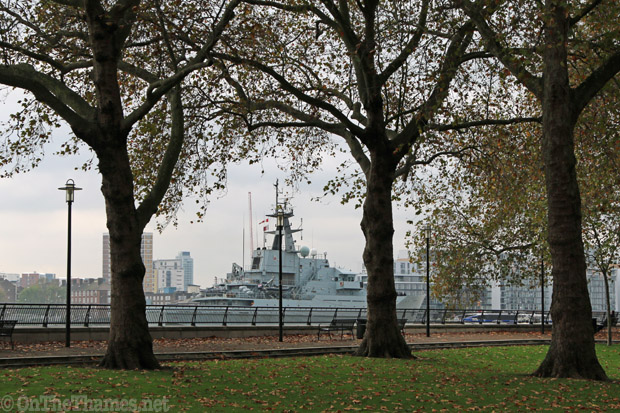 HMS SEVERN has arrived in the capital for a six day visit.

The River-class off shore patrol vessel came up the Thames earlier today, entering the upper pool under Tower Bridge just before 1pm where she moored alongside HMS Belfast.

The 79.5m long vessel is usually found patrolling the country's fishing waters and was last in the capital in October 2012.

There's no public access whilst 'Lucky Severn' is in London but there will be pre-arranged tours with groups of sea cadets.

Members of the ship's company will attend a Remembrance service at St Paul's Cathedral and they will also join other service personnel in collecting for the Poppy Appeal at this weekend's NFL match at Wembley. 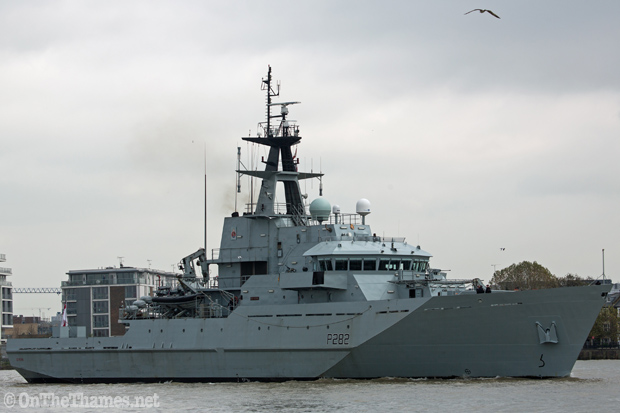 The River-class off shore patrol vessel was commissioned in 2003.

Seen here passing Island Gardens on her way up to central London.