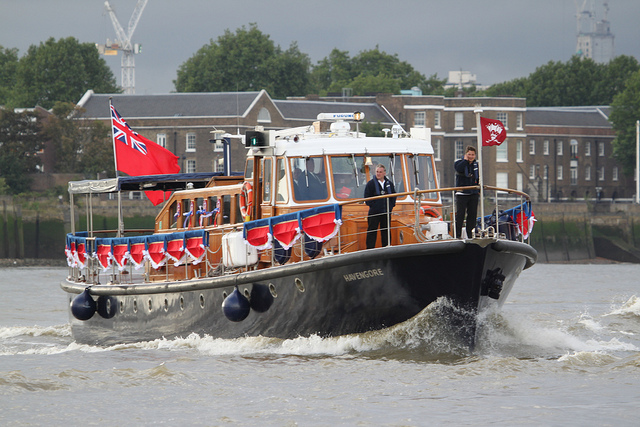 THE HISTORIC role played by Havengore in the funeral of Sir Winston Churchill will be remembered later this month.

It was the former PLA hydrographic survey vessel that carried the body of Churchill along the river on the day of his state funeral on January 30th 1965.

Now, fifty years later to the day, Havengore will once again play her part in paying tribute to the great man by retracing her movements on the river.

In what is sure to be a moving event, Rule Britannia will play as she leaves HMS President at 12.40 on Friday 30th, bag pipes will be played as she passes under Tower Bridge and four guns will fire in salute from HMS Belfast.

The journey for Havengore, which has a permanent mooring in St Katherine Docks, ends at the Houses of Parliament where a wreath will be cast in to the River Thames.