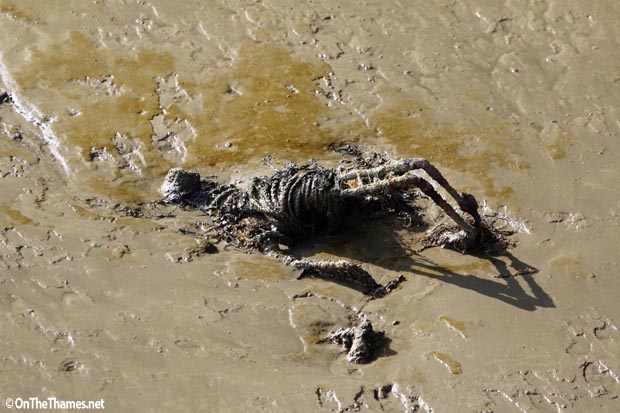 PHOTOGRAPHS of a mysterious object on the foreshore at Gravesend caused headlines around the world this week.

The strange skeleton-like object is lying below the town pier in Gravesend and from a distance has an alarming resemblance to something sinister.

But upon closer inspection, the Thames "skeleton" reveals itself to just be rope and pipes creating an optical illusion when seen from the pier's pontoon. 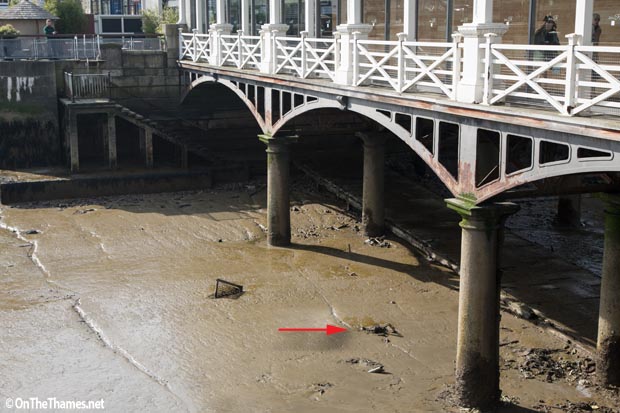 Gravesend's Town Centre Manager Graham Long tweeted: "We've not seen anything like that before - how bizarre and intriguing."

Speaking on behalf of Gravesend RNLI, Alan Carr said: "[It] looks like rope and metal but very sinister looking."

The strange object in river was seen around the world and reported by the Mail Online, the Daily Mirror, Daily Star, Metro, News Shopper, BT.com, AOL.co.uk, regional papers and international aggregators. 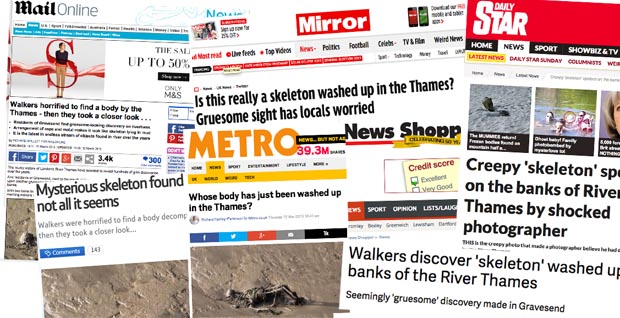 WATCH: Video of the mystery Thames Skeleton at Gravesend