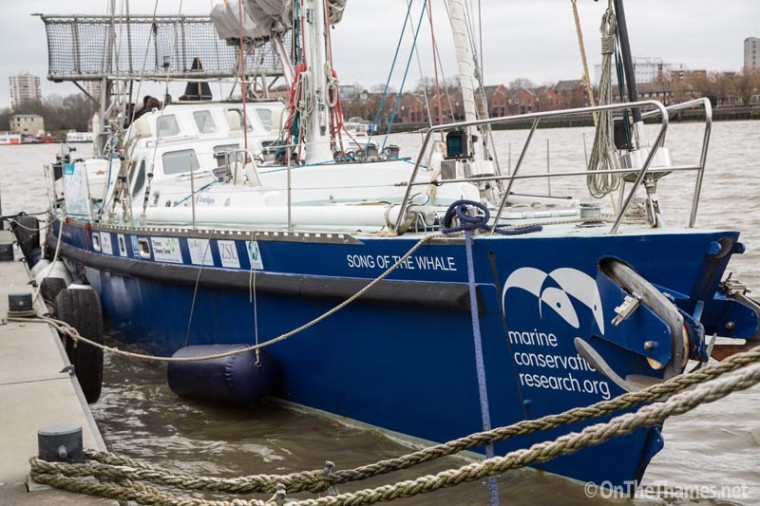 A SURVEY vessel was on the Thames last week counting the number of harbour porpoises there are on the river.

RV SONG OF THE WHALE spent several days checking numbers of the population of the mammals in the river's tidal stretch which has grown as the Thames has become cleaner over recent years.

The research in to the Thames porpoise population was undertaken by Song of the Whale owners Marine Conservation Research (MCR) in partnership with the Zoological Society of London (ZSL) the International Fund for Animal Welfare (IFAW) and other interested groups.

The 21 metre long vessel unwinds listening equipment which listens out for the harbour porposes. The frequency they communicate at can't be heard by the human so software onboard detects and slows down the sounds.

The vessel also has a platform for spotters to look out for the animals, too.

Last Sunday the Song of the Whale was moored at Hermitage Moorings, Wapping, and had an open day where members of the public could come on board and learn more about the vessel and its activities.

Learn more about Song of the Whale on the Marine Conservation Research website. 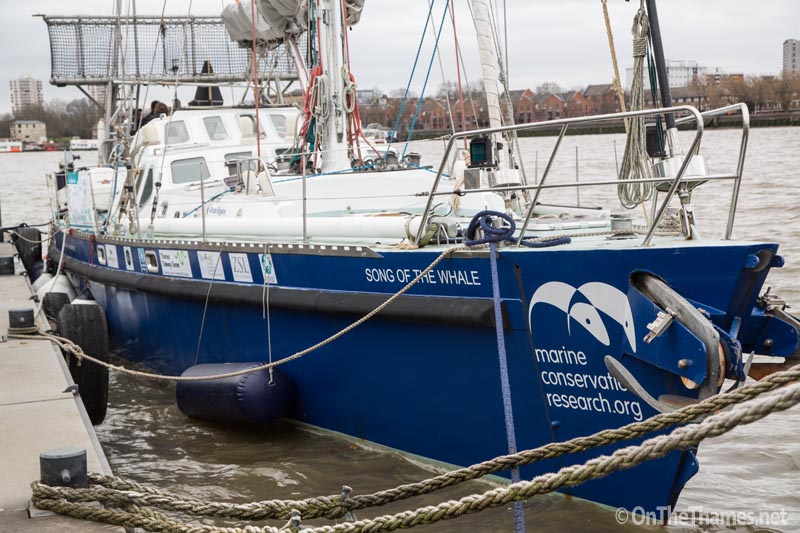 Song of the Whale at Hermitage Moorings 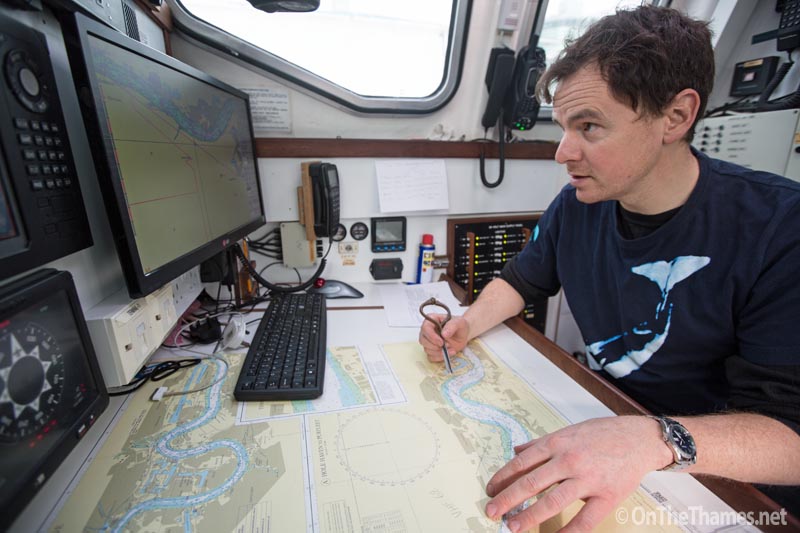 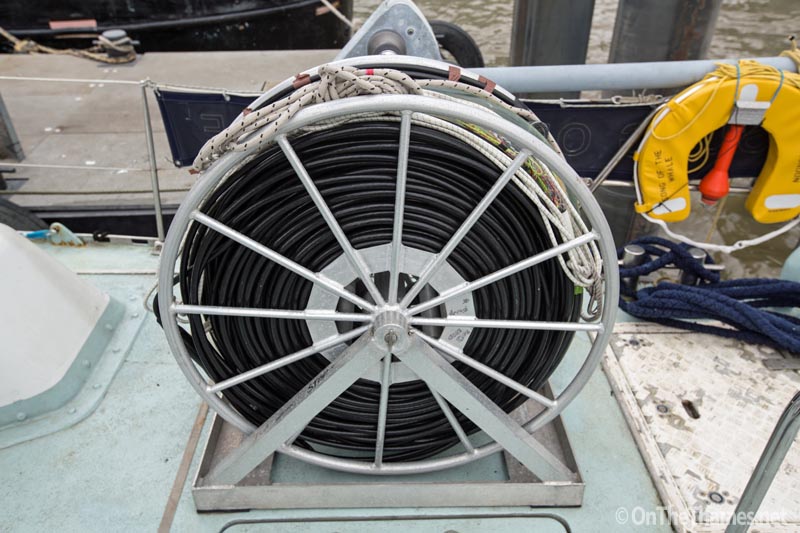 This reel unwinds and lowers listening equipment behind the ship 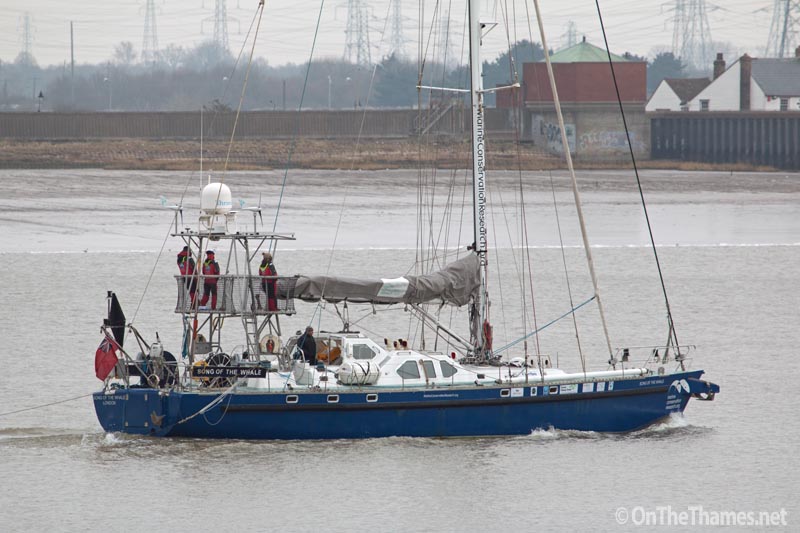 Song of the Whale outbound on the river with spotters seen in the raised platform.