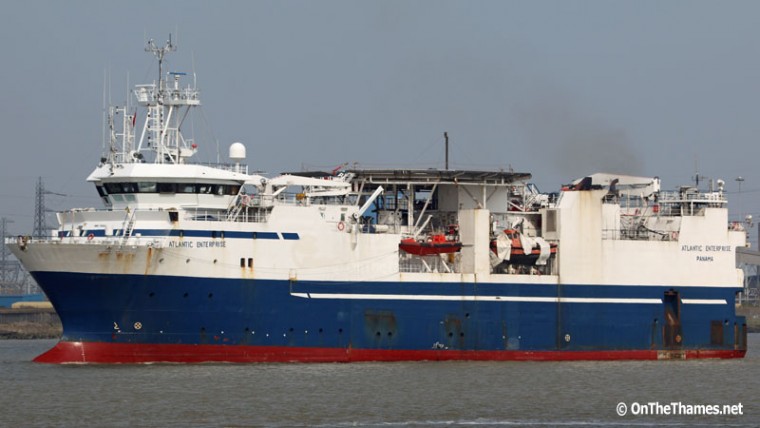 ATLANTIC ENTERPRISE recently arrived at Tilbury docks for an upgrade.

Formerly known as GECO TRITON, the ship is the Atlantic Marine's new offshore mothership. According to 4coffshore.com, she is having the DP2 system installed, which is a dynamic positioning system to allow a vessel to maintain a static position using propellors and thrusters. 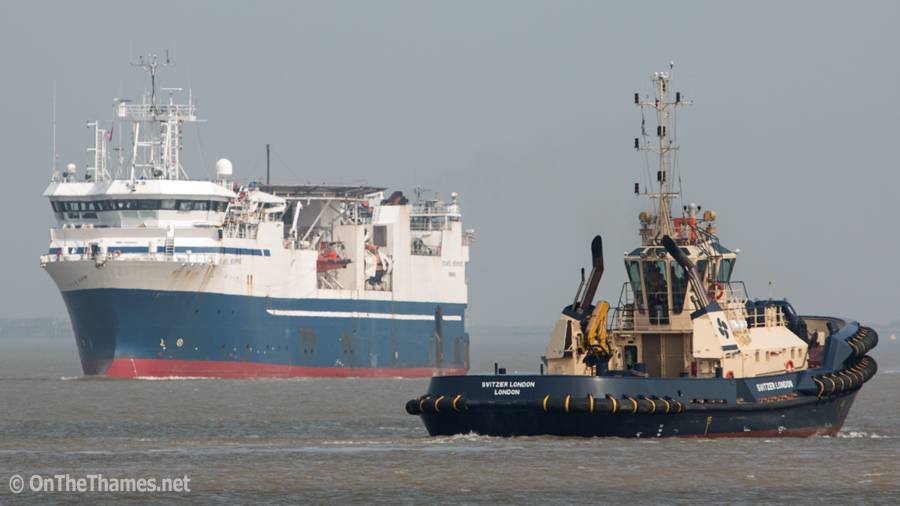 Seen in Gravesend reach with Svitzer London in the foreground 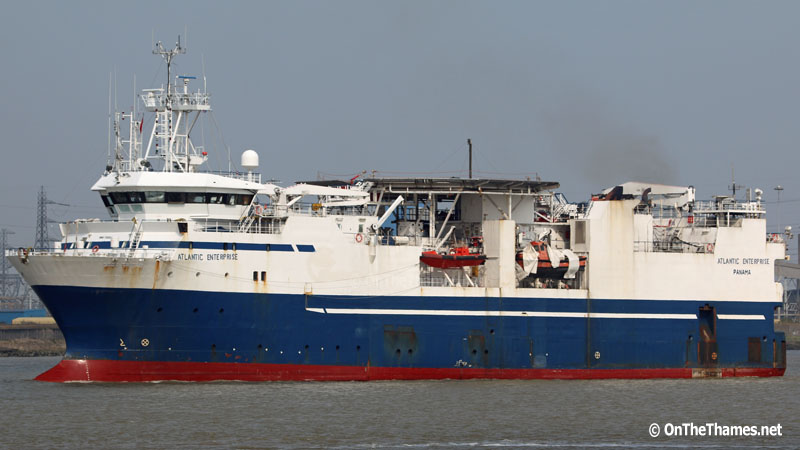 Once her dynamic positioning system has been installed, she will be heading to a wind farm project in the German sector of the North Sea. 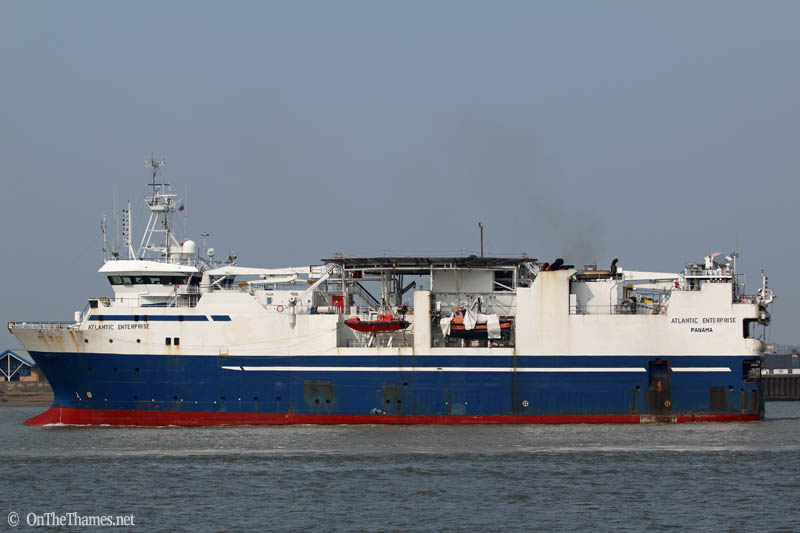 The vessel is 100 metres long with a helipad on top. 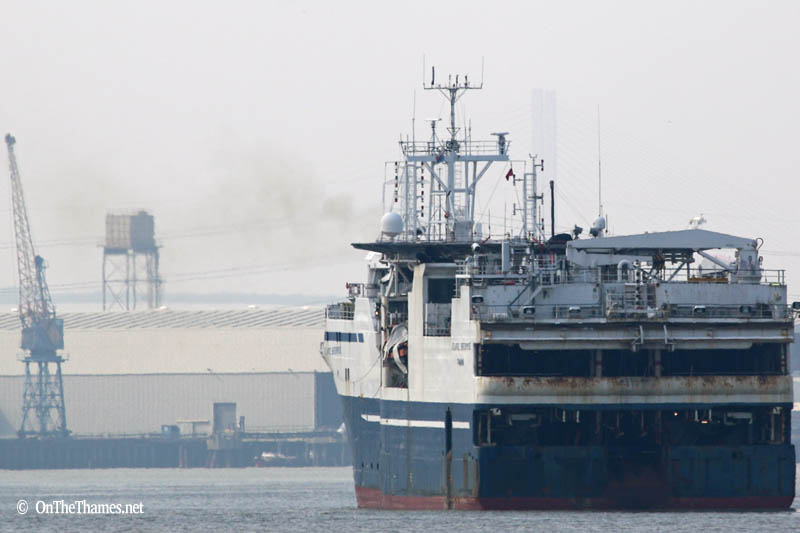 Seen from the stern as she nears the entrance to Tilbury Docks.