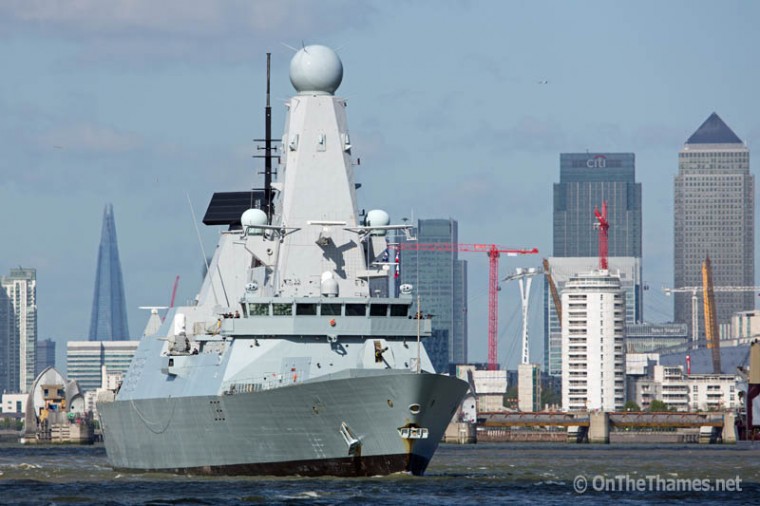 DARING-Class HMS Defender sailed out of London yesterday on a bright, sunny morning.

The Type-45 warship had been in the capital for a six day port visit during which time she welcomed aboard members of the public for tours and helped mark the centenary of the Battle of Gallipoli.

While she was in London, members of the ship's company took part in the Ceremony of the Constable's Dues at the Tower of London.

She was away from her mooring at Greenwich Ship Tier shortly before 10am and headed down river with a police escort alongside.

But as one Royal Navy warship leaves, the arrival of another is just around the corner, with HMS Ocean expected at Greenwich towards the end of next week - public tickets to go on board were snapped up just hours after being released today. 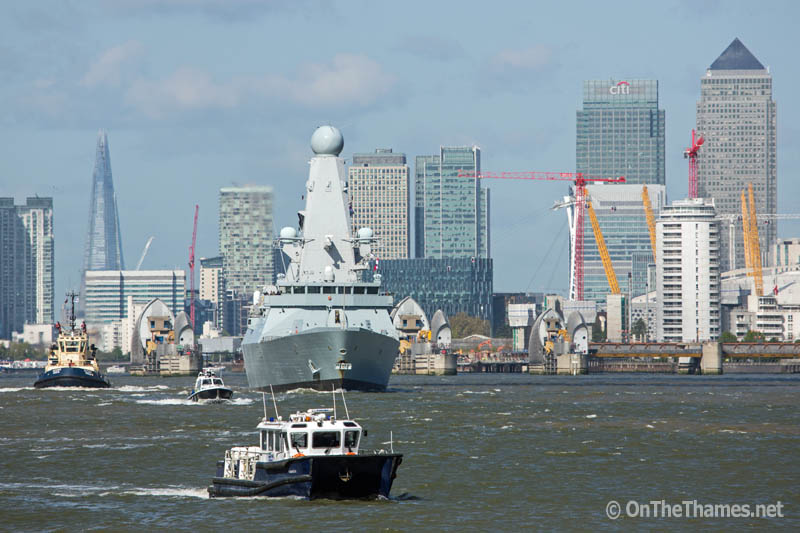 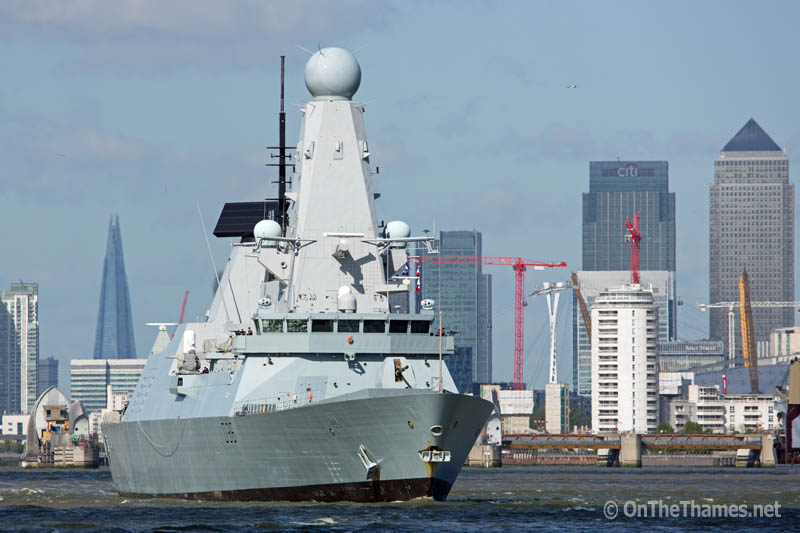 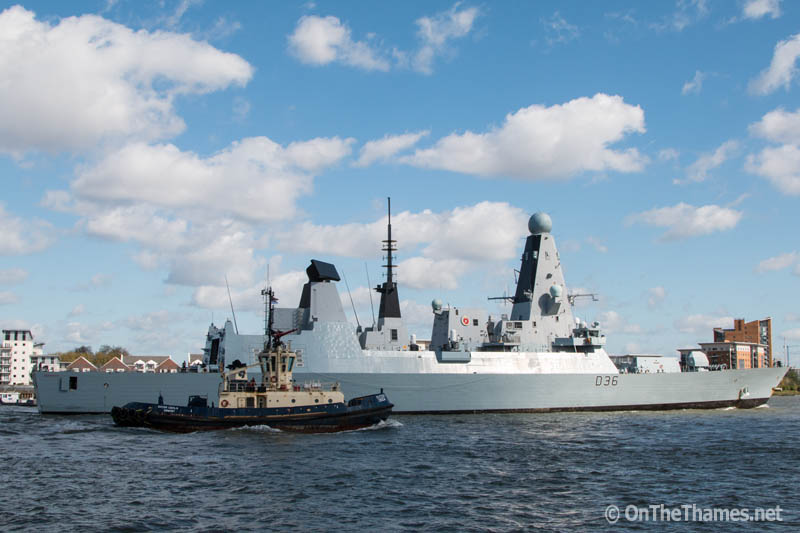