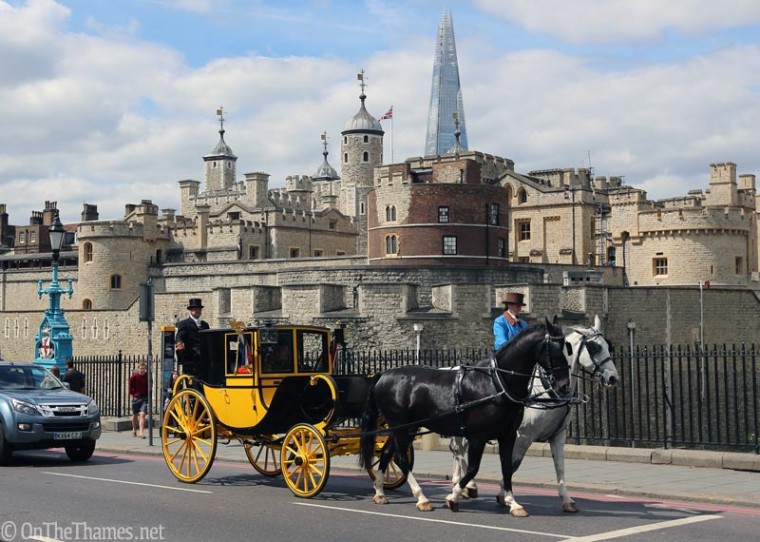 TWO hundred years after news of the victory at Waterloo reached London, a New Waterloo Dispatch arrived in the capital today to retrace those steps.

Historical re-enactors brought the news of Napoleon's defeat in to London today, starting the morning with a ceremony at the Old Royal Naval College in Greenwich.

From there, a horse-drawn post chaise, carrying the dispatch document and replicas of two captured standards of the French Army with their imperial eagles, began its journey in to central London. Once arrived at its destination - St James's Square - the captured standards were laid before the Princess Royal.

The distinctive yellow carriage crossed the Thames throughout its journey at Tower Bridge, Waterloo Bridge and Westminster Bridge.

Today's "ceremonial reinterpretation" of the events of two hundred years ago ended with a parade of military bands and school children down the Mall from Horse Guards Parade. 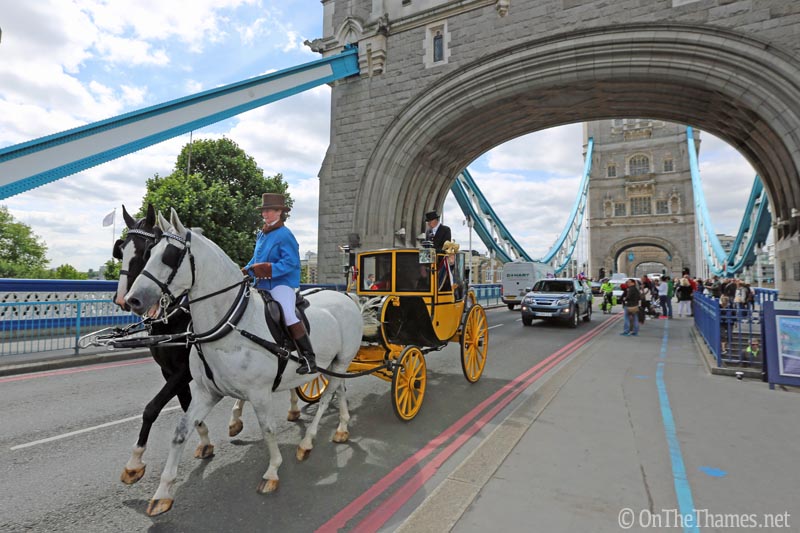 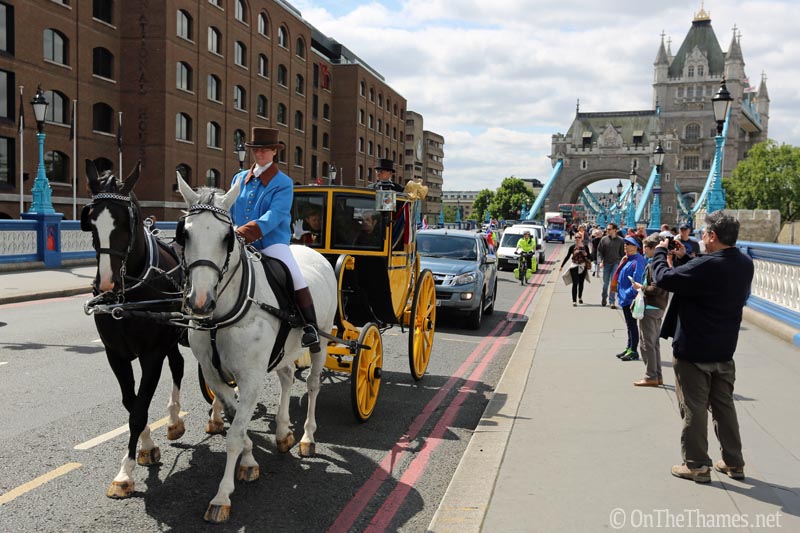 Many onlookers stopped to photograph the carriage which was made for the new Trafalgar Dispatch in 2005. 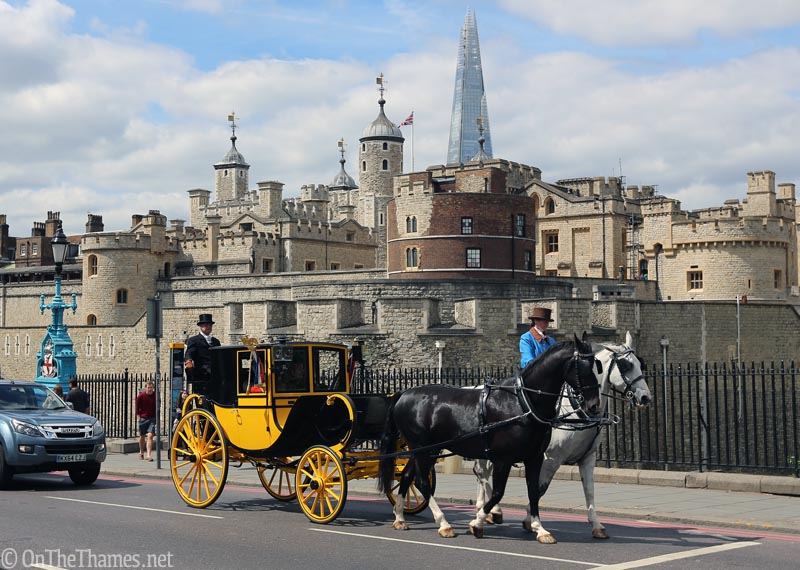 The carriage seen passing the Tower of London with the Shard behind. 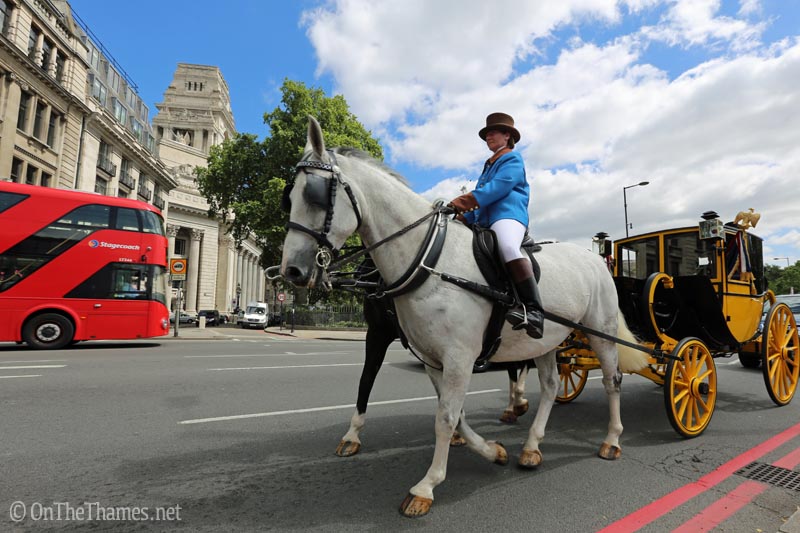 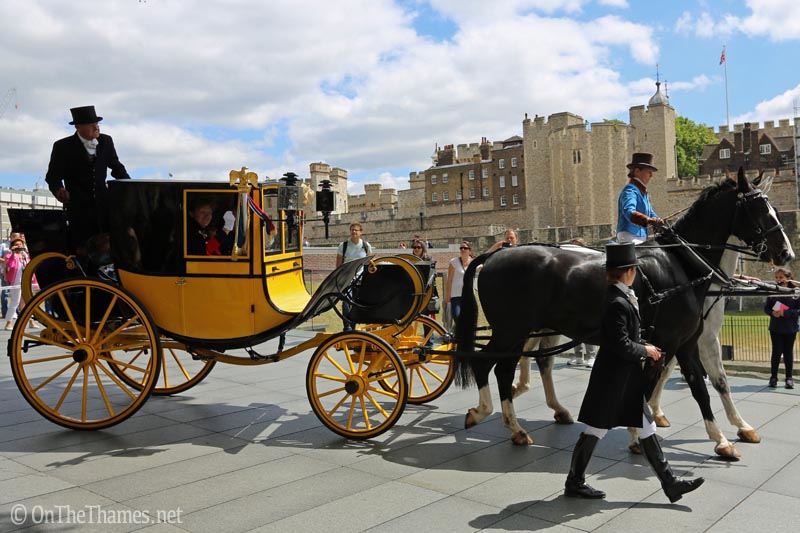 One of the captured standards can be seen at the window of the carriage as it makes its way to the Tower of London for a short re-enactment. 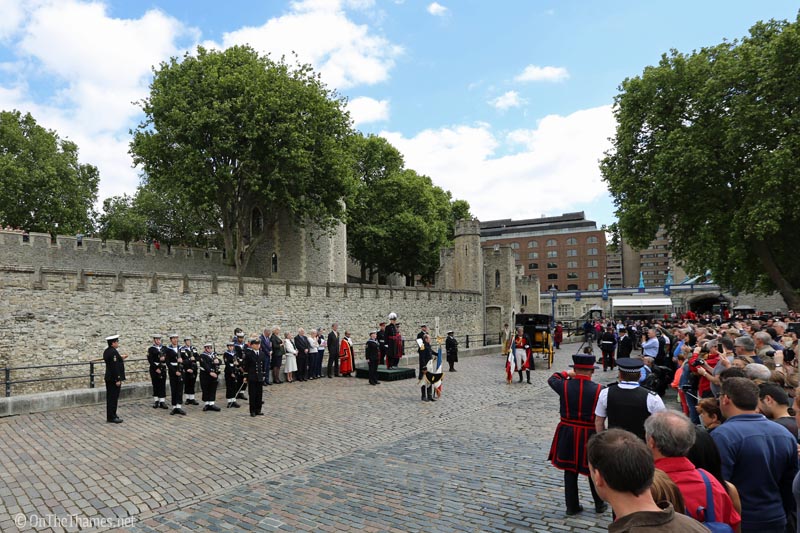 Re-enactments like this one at the Tower of London took place at various along the journey that ended in St James's Square. 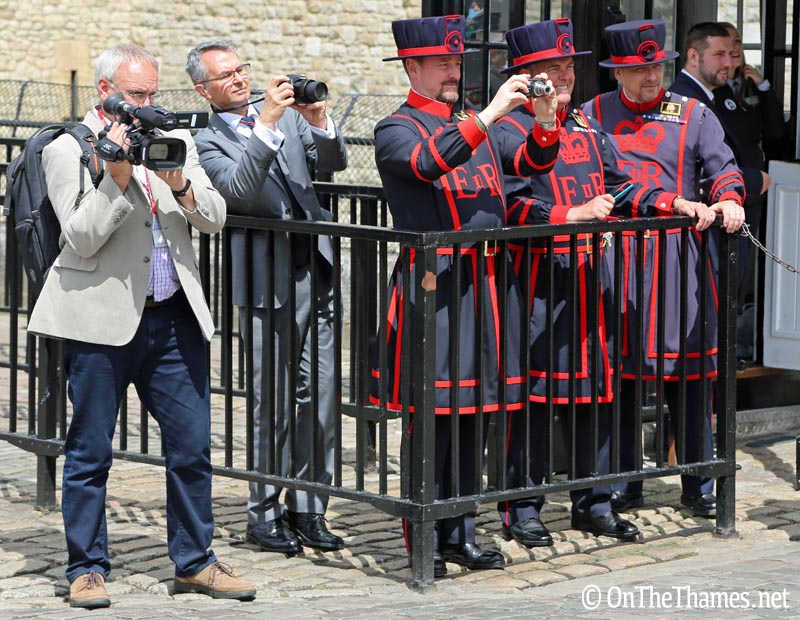 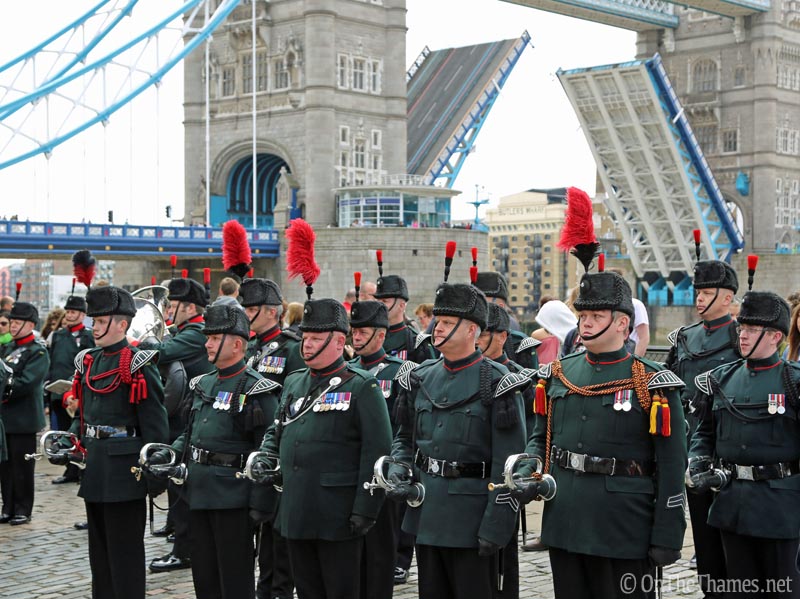 The Band and Bugles of The Rifles at the Tower of London as Tower Bridge raised behind them for a sailing barge heading down river.