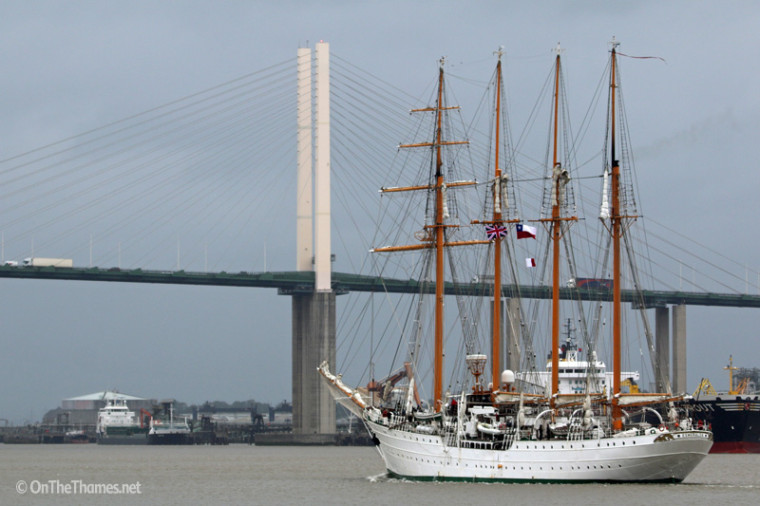 The four-masted barquentine made her way up the river on Wednesday morning after spending the previous evening moored near Southend.

113-metres in length and constructed in the late 1940s with a steel hull, Esmeralda was met on her arrival in the capital by dark cloudy skies and rain showers.

The tall ship has not been without controversy and reports have said she was previously "a floating jail and torture chamber" for the political prisoners of General Pinochet.

Nicknamed the White Lady, she entered West India Docks on Wednesday and is open for visits from the public today (August 28th) and tomorrow between 2pm and 6pm.

Photos of Esmeralda arriving in London 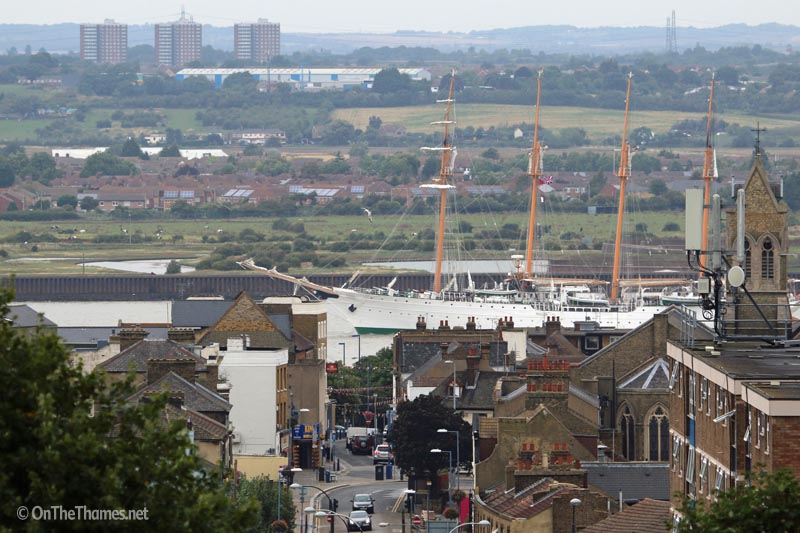 The four masts of Esmeralda pass Gravesend in Kent 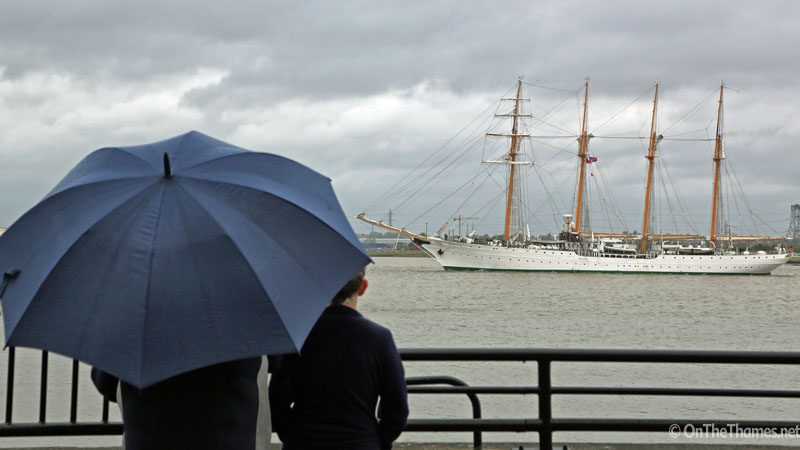 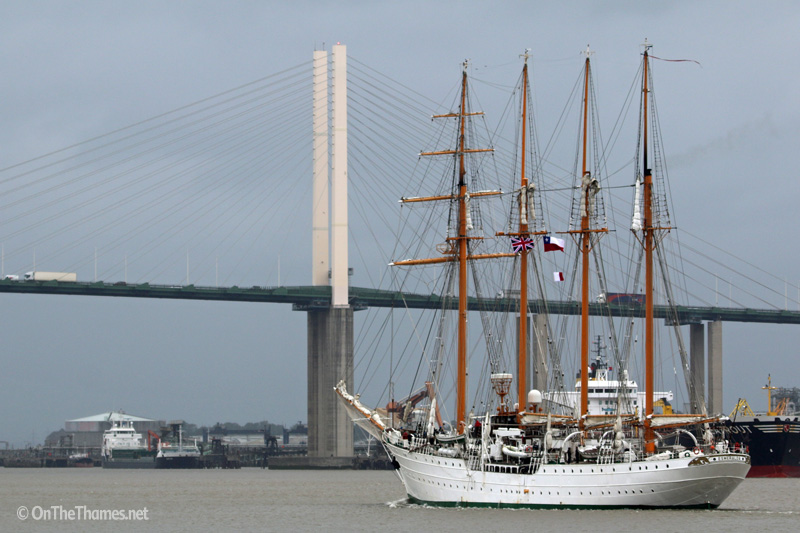 Esmeralda approaching the QEII Bridge over the Thames 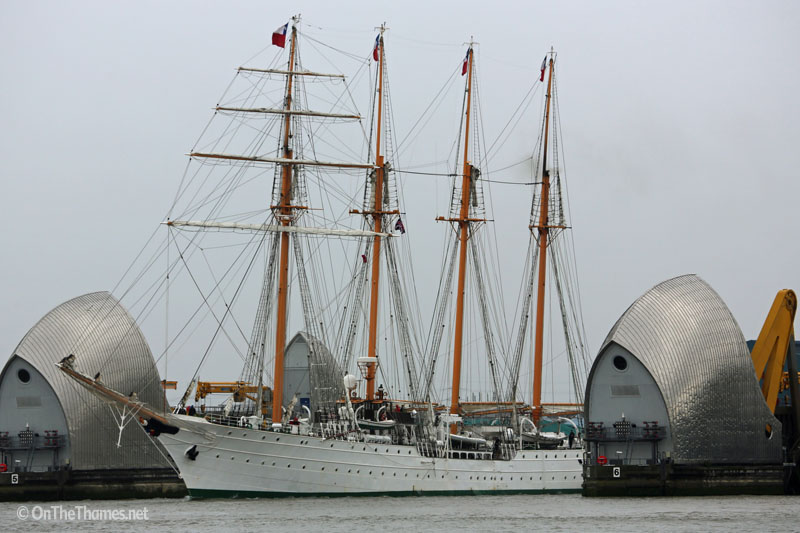 The White Lady transits through the Thames Barrier 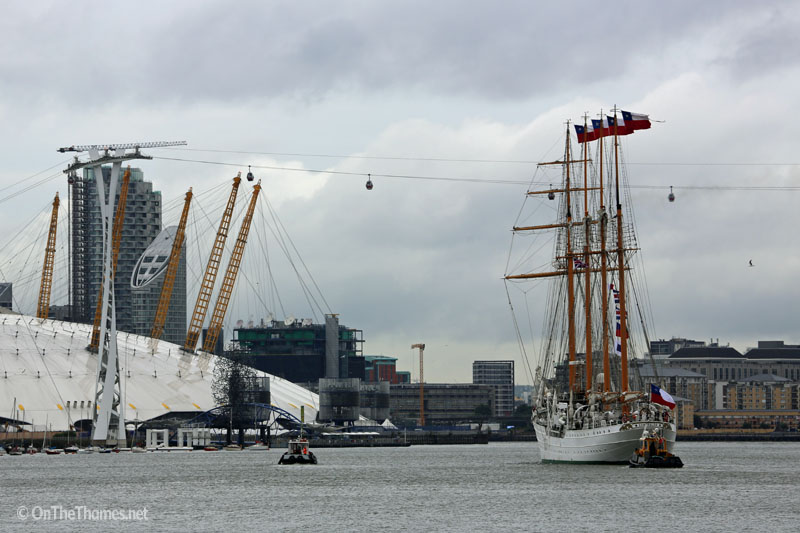