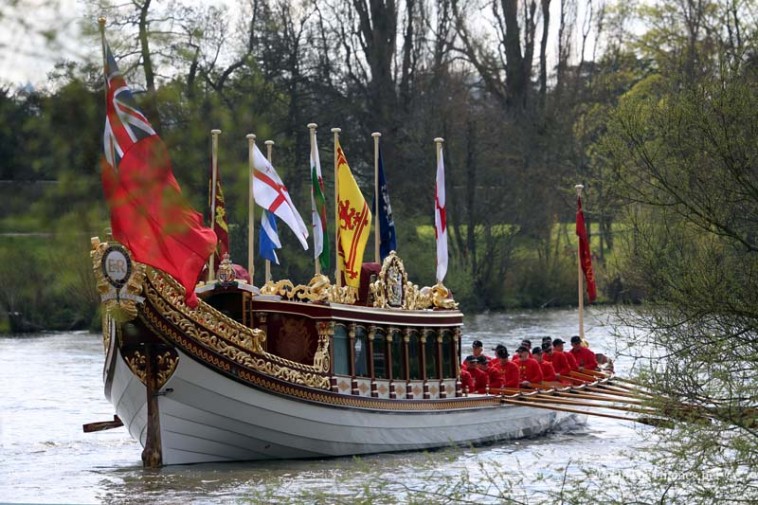 A crew of Royal Watermen were on board as Gloriana joined the Tudor Pull from Hampton Court Palace all the way to the Tower of London.

A flotilla of traditional Thames cutters were alongside, as well as the Royal shallop Jubilant, as the stela was carried along the Thames and safely delivered to the Tower.

Read more about the 'stela' and the Tudor Pull

The boats and crews mustered at Hampton Court Palace this morning before departing at 10.30am. Having passed through Teddington Lock, the flotilla then made a brief stop at Richmond before continuing the journey and passing under Tower Bridge to complete the 25 mile journey at about 4pm. 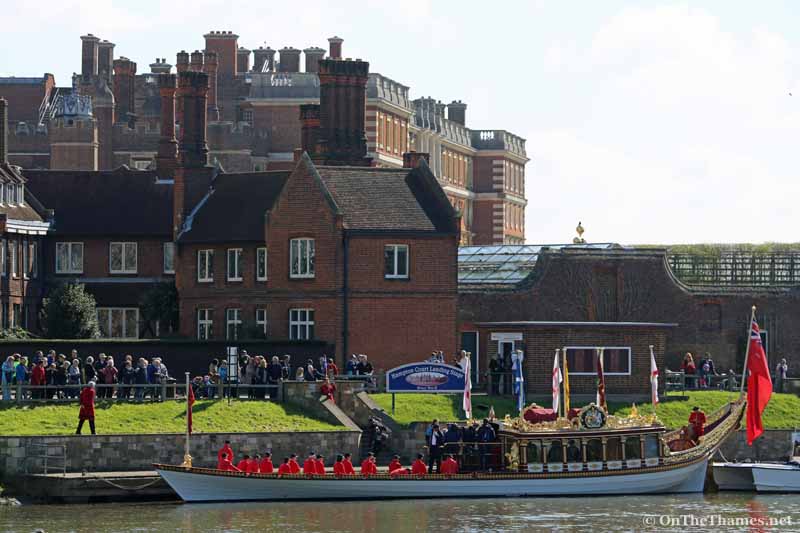 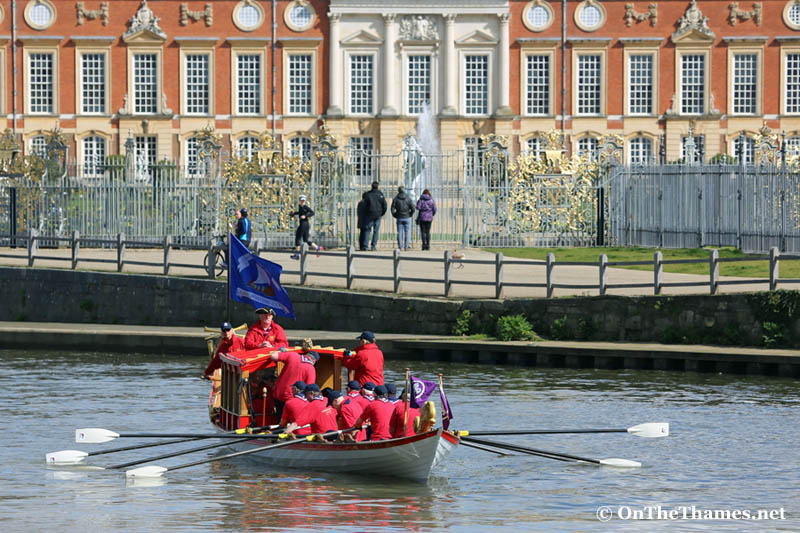 The Royal shallop Jubilant with Hampton Court Palace in the background 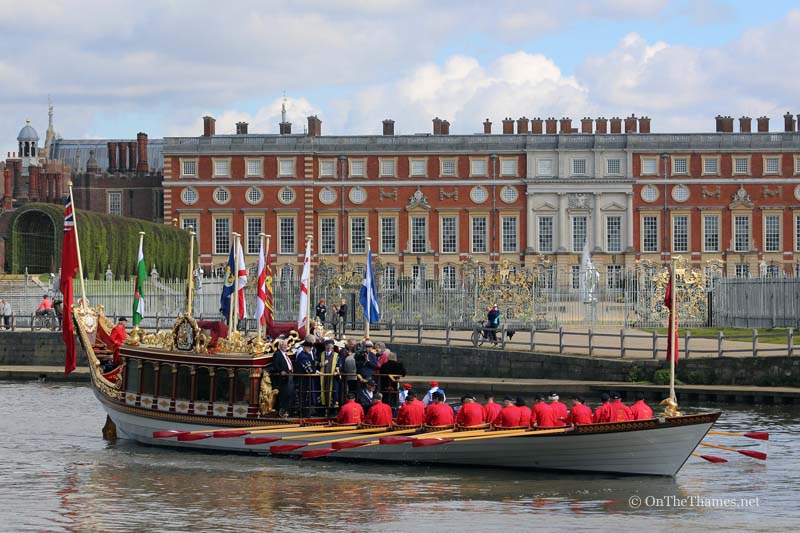 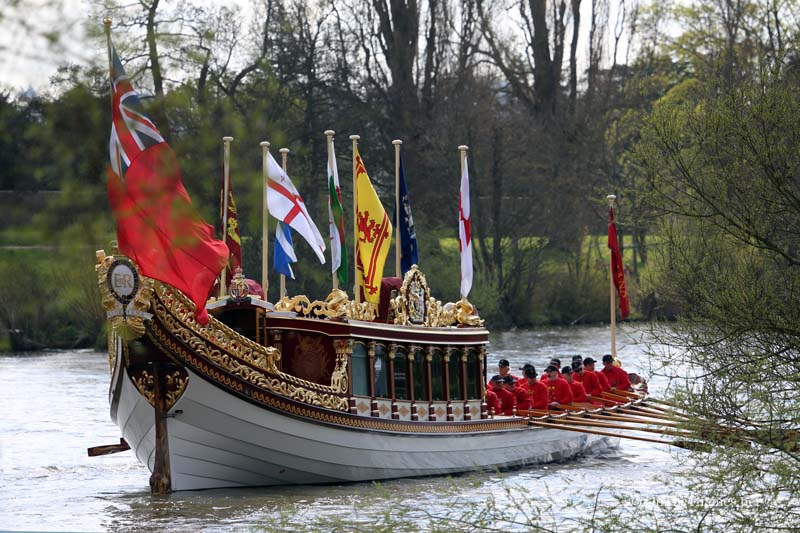 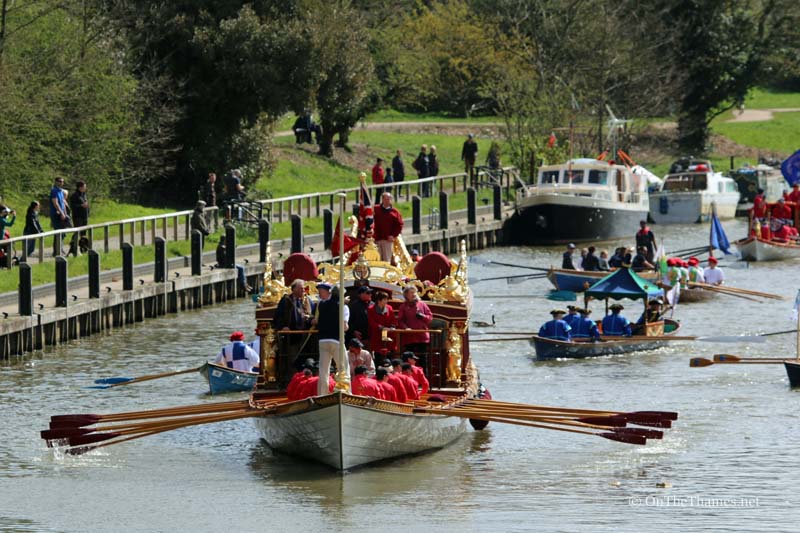 Small crowds stopped along the Thames Path and on bridges to witness the flotilla, seen here approaching Teddington Lock shortly after passing through Kingston upon Thames 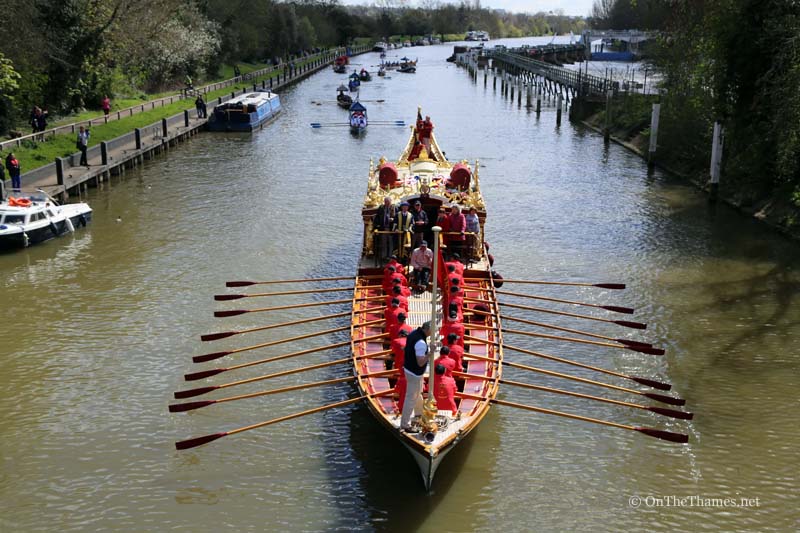 Gloriana heads under the footbridge at Teddington Lock 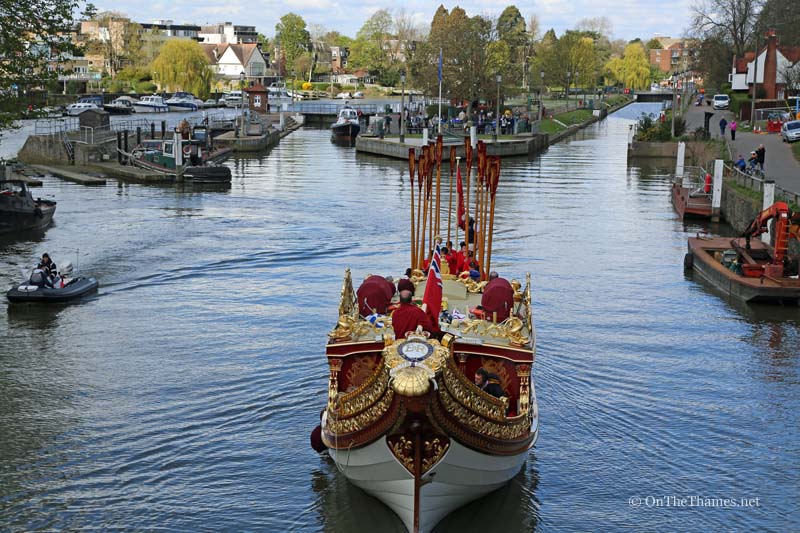 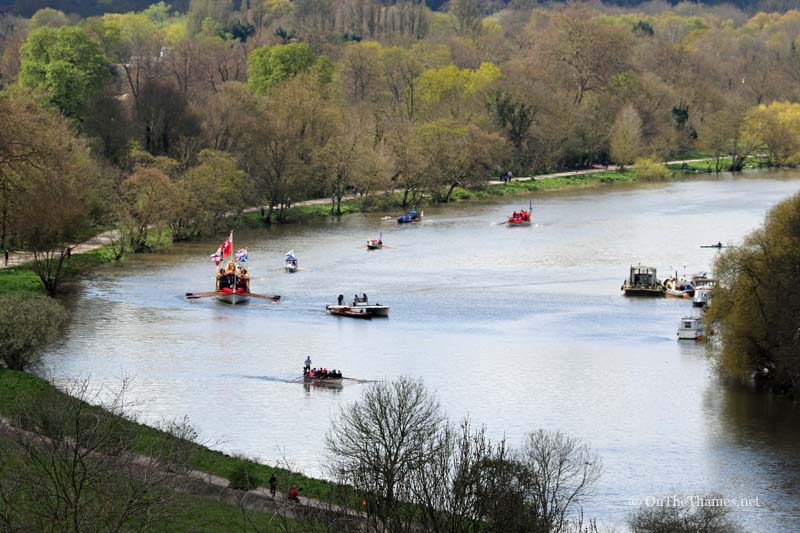 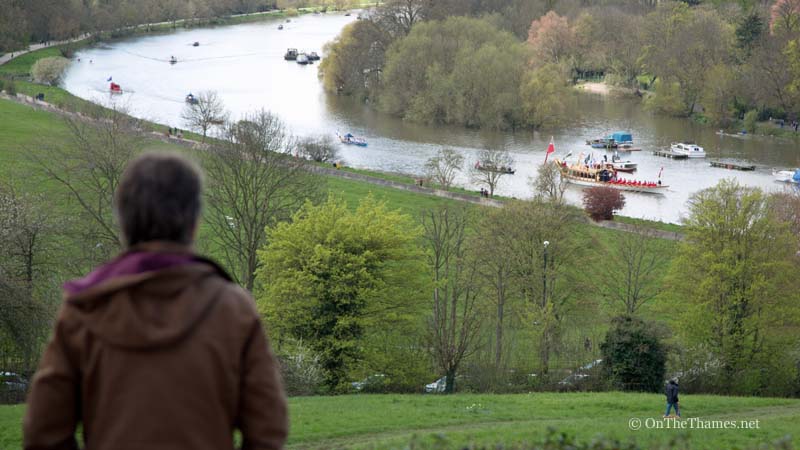 A favourite view of the artist JMW Turner 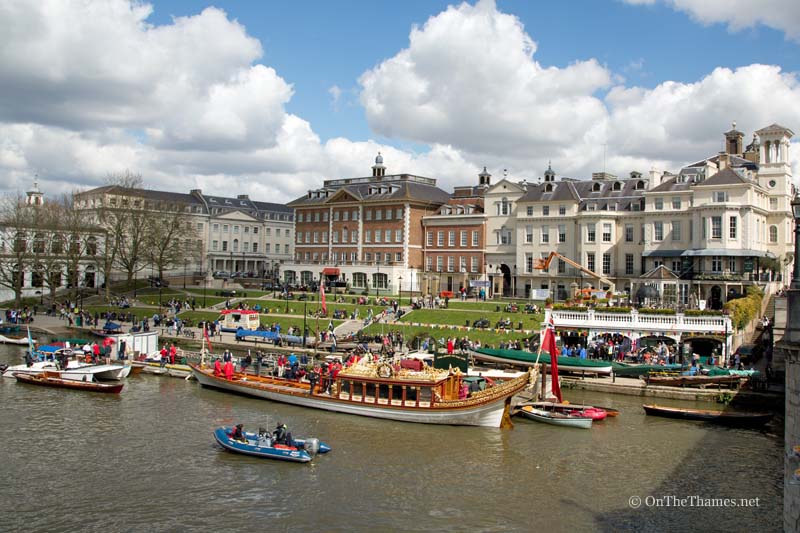 A short break for victuals at sunny Richmond riverside

Great to have one my photos from yesterday's event on the front page of the Times today! 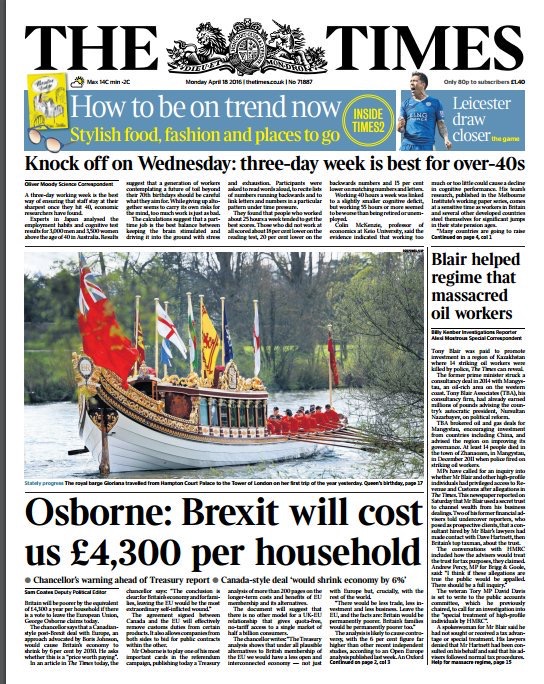