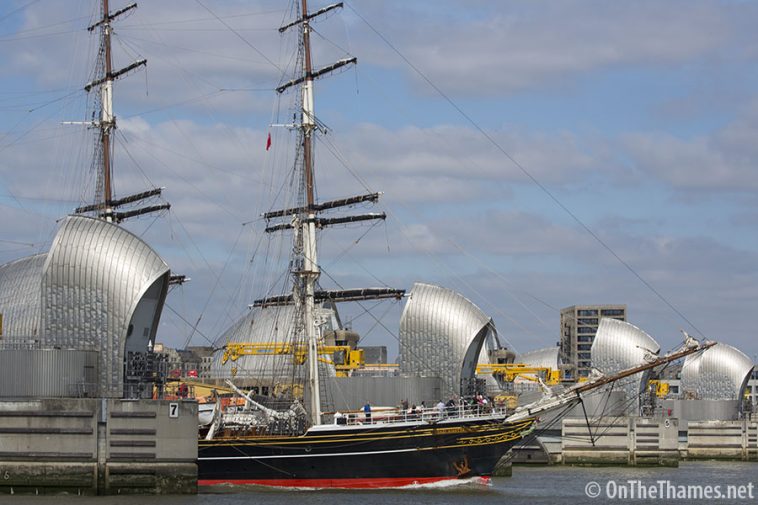 The three masted vessel sailed up the Thames last week and moored in West India Docks.

Launched in 2000, the 76-metre long tall ship has been a regular visitor to London over recent years.

She departed London yesterday at midday bound for Hamburg.

See photos of Stad Amsterdam, which means City of Amsterdam, leaving London yesterday including one photo which appeared in the Times today. 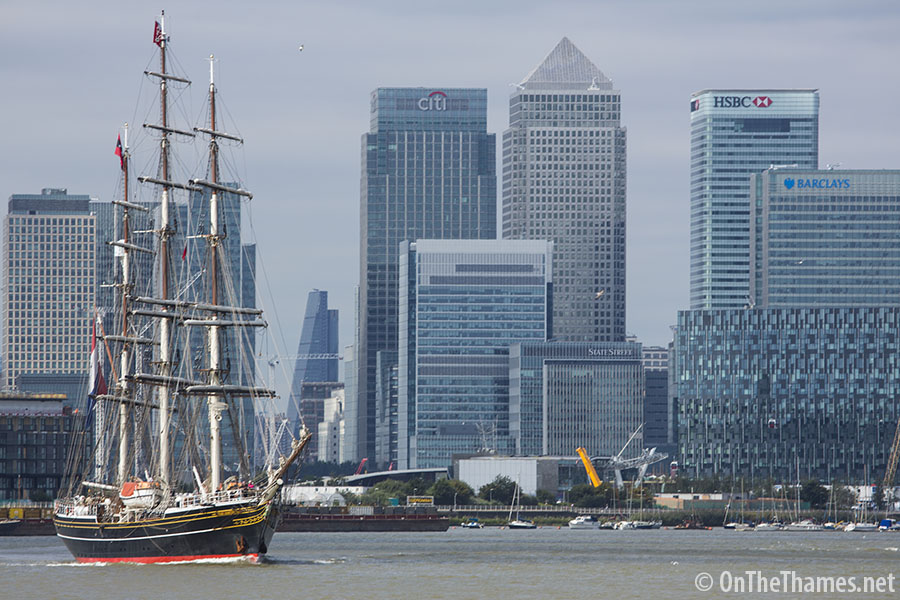 Stad Amsterdam heads down river with the Cheesegrater in the City and the Canary Wharf skyline behind her (Ref: 010916-1) 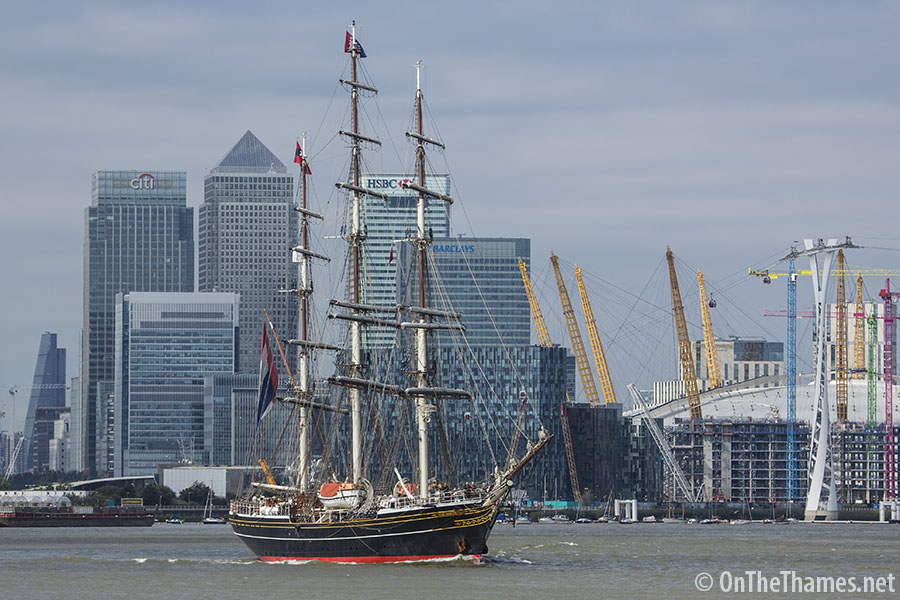 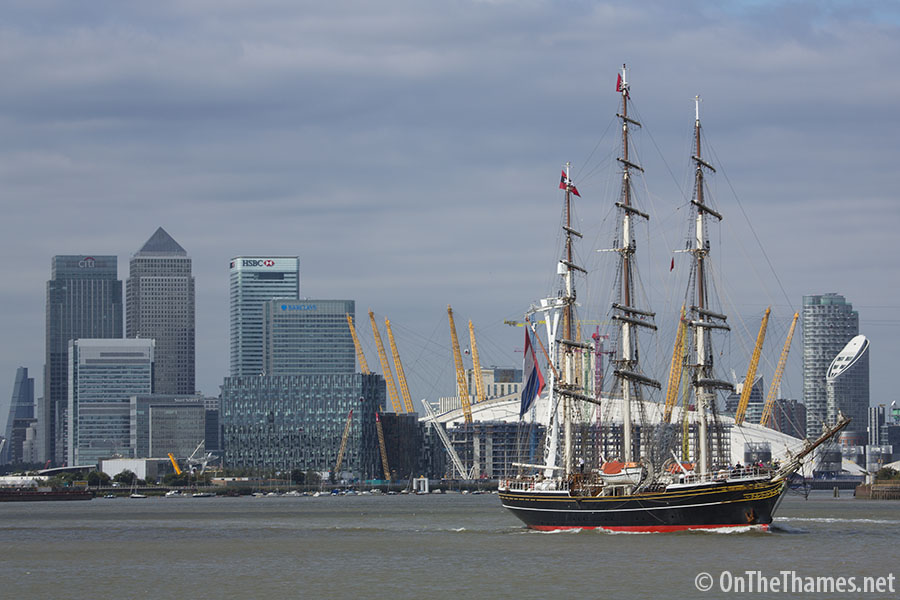 The changing landscape is in evidence behind the ship with new developments going up next to the dome. (Ref: 010916-3) 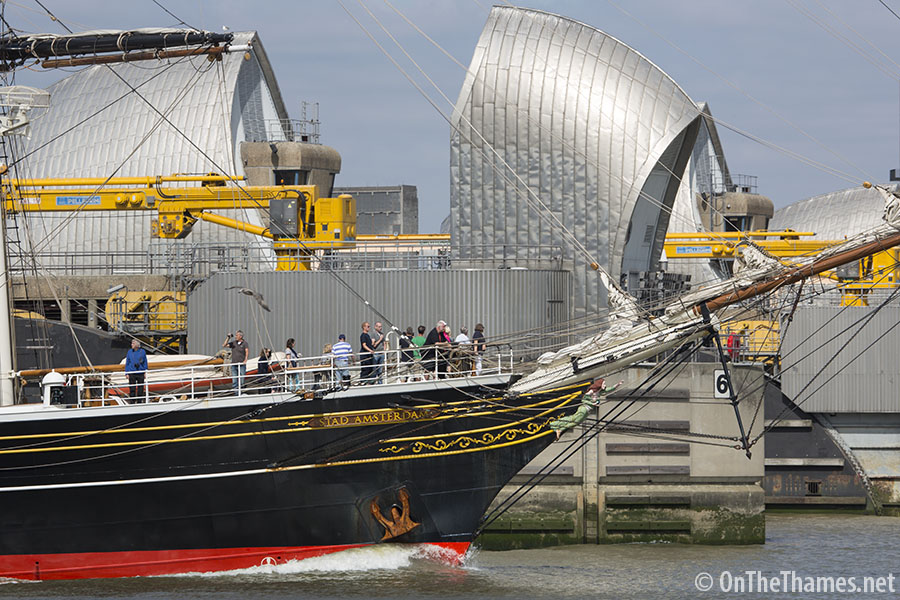 Those on board enjoy the spectacle as the ship transits through the iconic Thames Barrier (Ref: 010916-4) 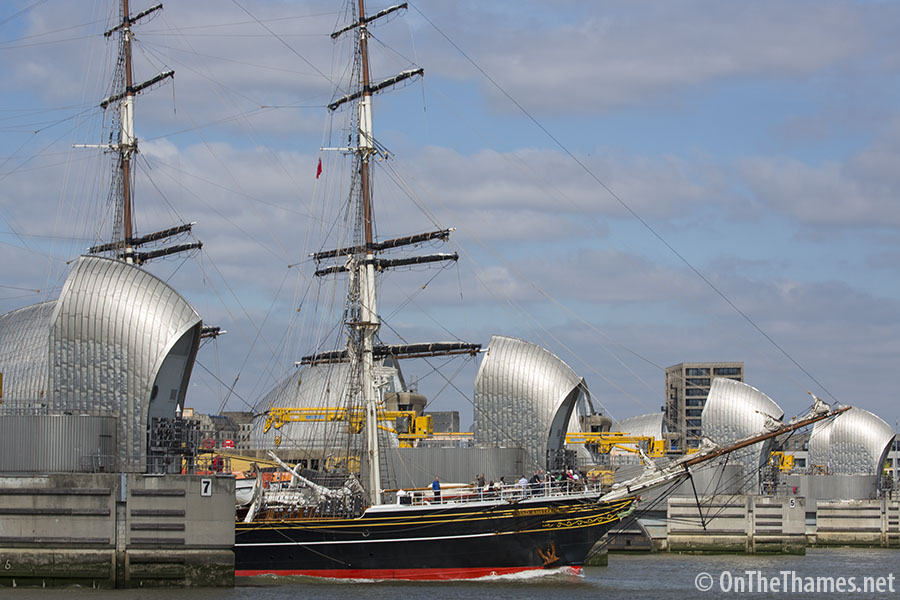 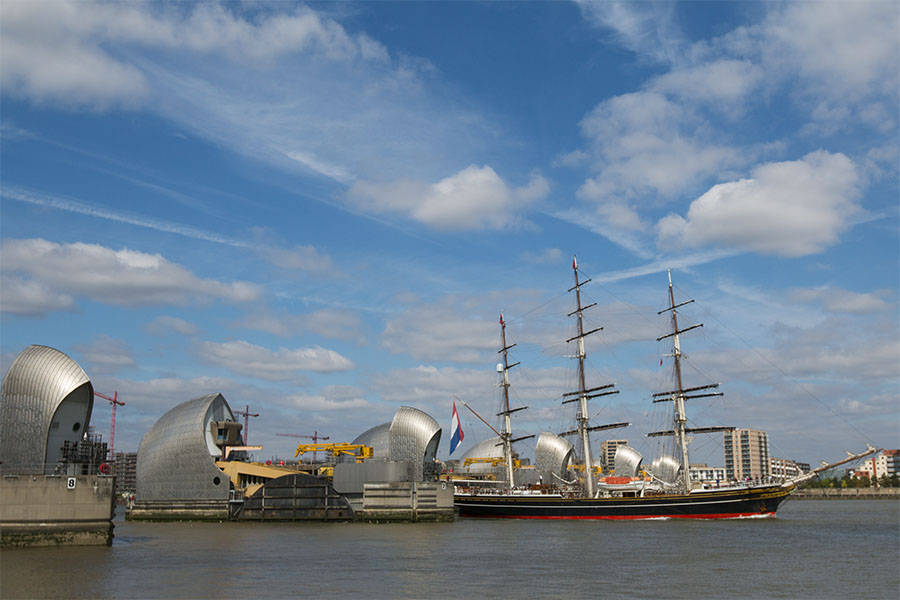 Stad Amsterdam leaves London on a lovely sunny day - the last day of meteorological summer - and heads for Hamburg (Ref: 010916-6) 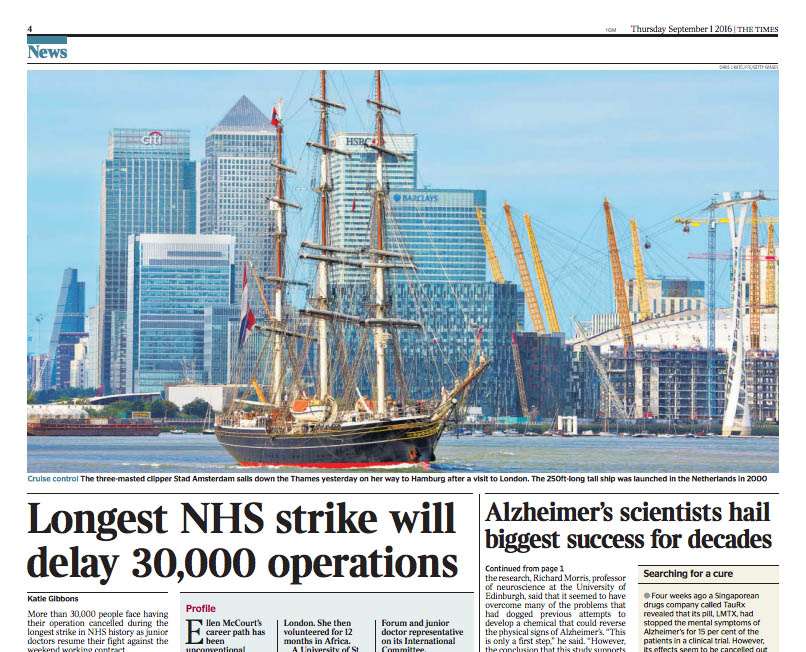 Our photo of Stad Amsterdam in today's edition of The Times.