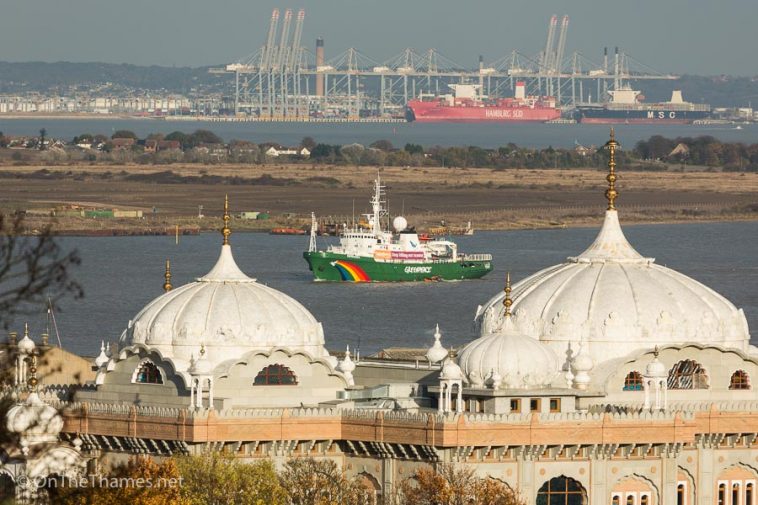 The Greenpeace ship Esperanza sailed up the Thames this afternoon to moor at St George's Stairs near Tower Bridge.

The 72 metre long vessel, in the distinctive Greenpeace livery, arrived on a clear but chilly November afternoon.

Fixed to the ship, which was originally a Soviet fire fighting vessel, was a banner saying "Stop killing our oceans."

Greenpeace has been calling for supermarkets to stop stocking tuna from suppliers that use "unsustainable fishing devices threatening endangered sharks, turtles and other marine life."

Esperanza, which means "to hope" in Spanish, is the largest ship in the Greenpeace fleet, which also includes the Rainbow Warrior and Arctic Sunrise. 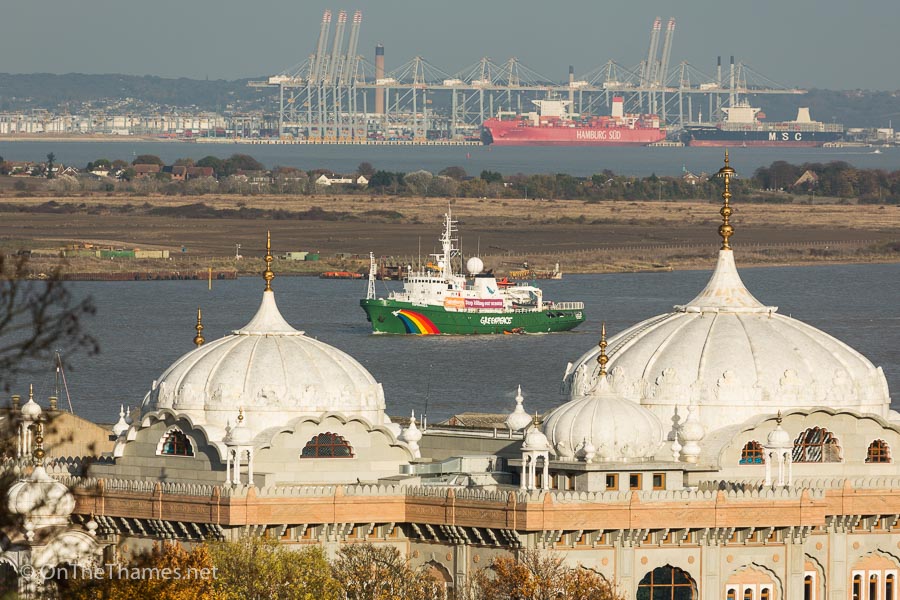 Two ships alongside at London Gateway can be seen in the distance as Esperanza passes the Sikh temple at Gravesend. 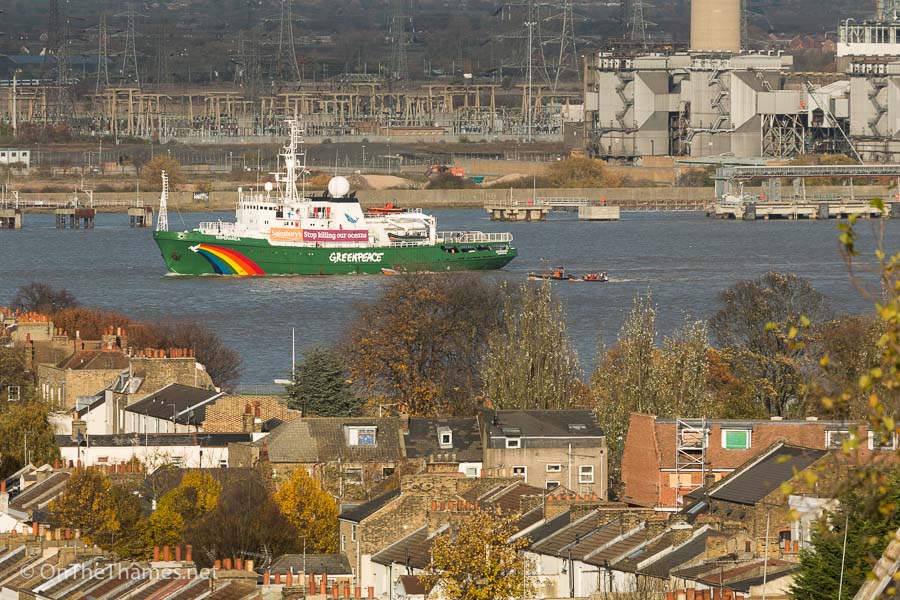 72 metre long Esperanza was originally built to be used as a Soviet fire fighting ship. 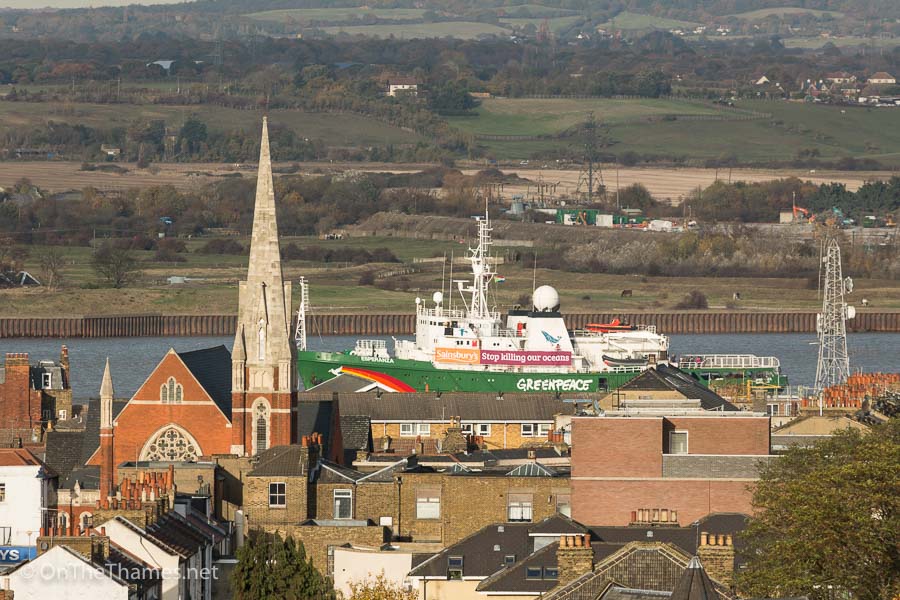 Esperanza passed Gravesend on her way up to St George's Stairs just below Tower Bridge. 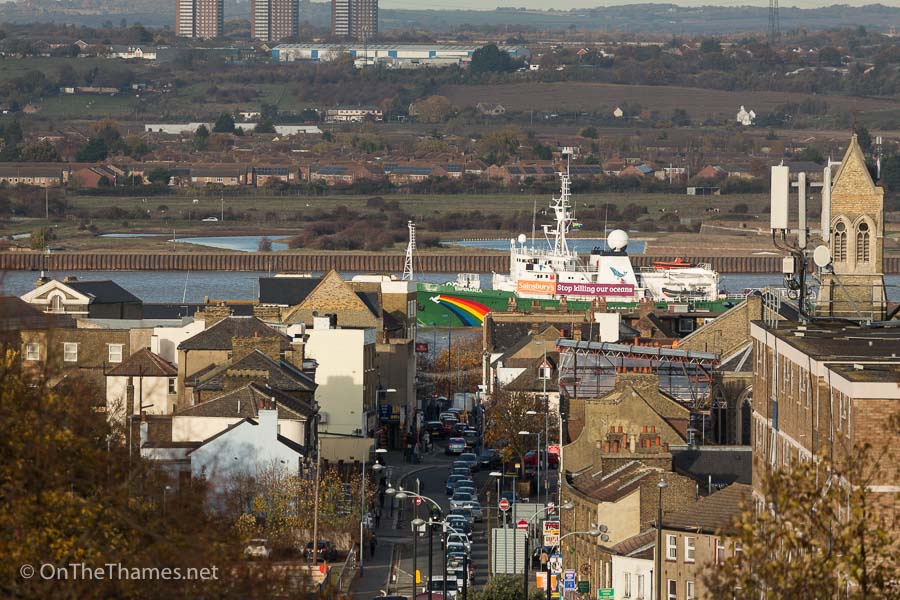 "Stop killing our oceans" says the banner on the side of the ship, seen here passing Gravesend town centre.