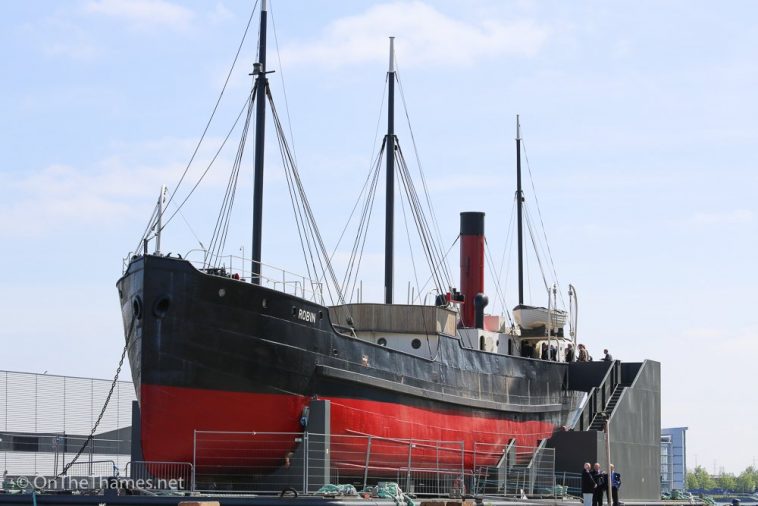 HISTORIC SS Robin looks set to move from her current home in the Royal Docks to Trinity Buoy Wharf.

The SS Robin Trust which maintains the steam ship say the relocation of the Robin will secure her long term future.

SS Robin is the last surviving British-built steam coaster and is listed on the National Historic Fleet register.

She has had previous spells at St Katharine Docks and West India Quay before her arrival at the Royal Docks on a pontoon in 2011 where she was visited two years later by the Duke of Edinburgh.

The move to Trinity Buoy Wharf, subject to planning approval, takes her closer to the Orchard Yard on the River Lea where she was built by Mackenzie, MacAlpine & Co in 1890. 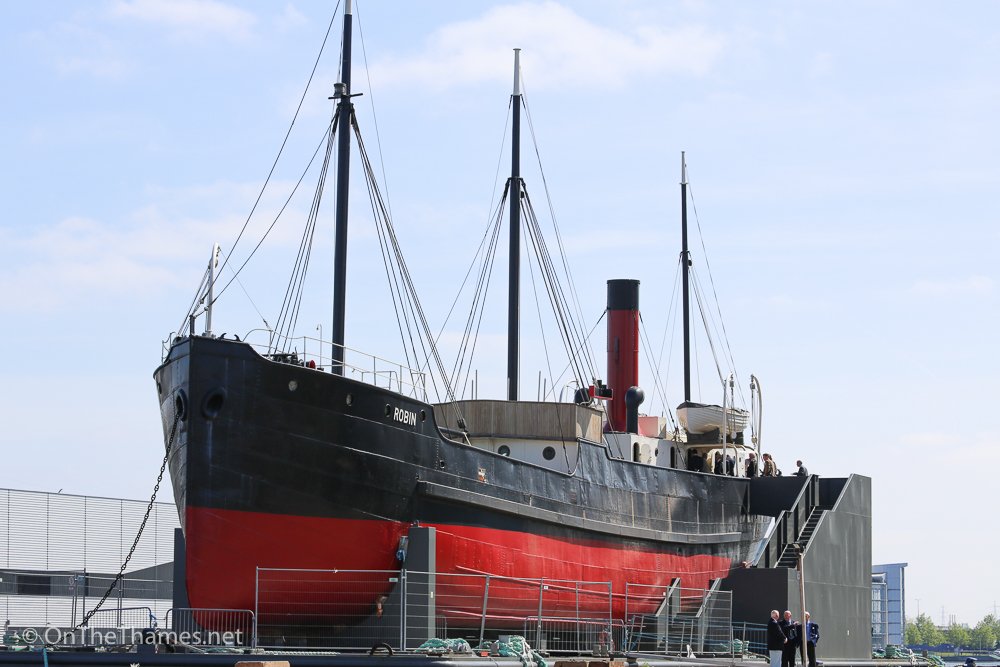