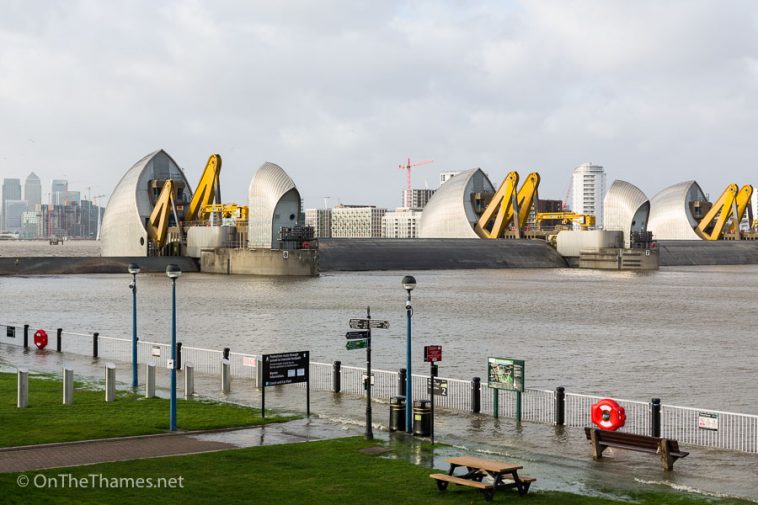 High tide levels combined with Eleanor's surge meant that the iconic flood protection system was required to act - the 180th time it has done so in response to a flood threat since it became operational in 1984.

The barrier in south east London was closed in time for high tide which came shortly after 2pm on Wednesday. 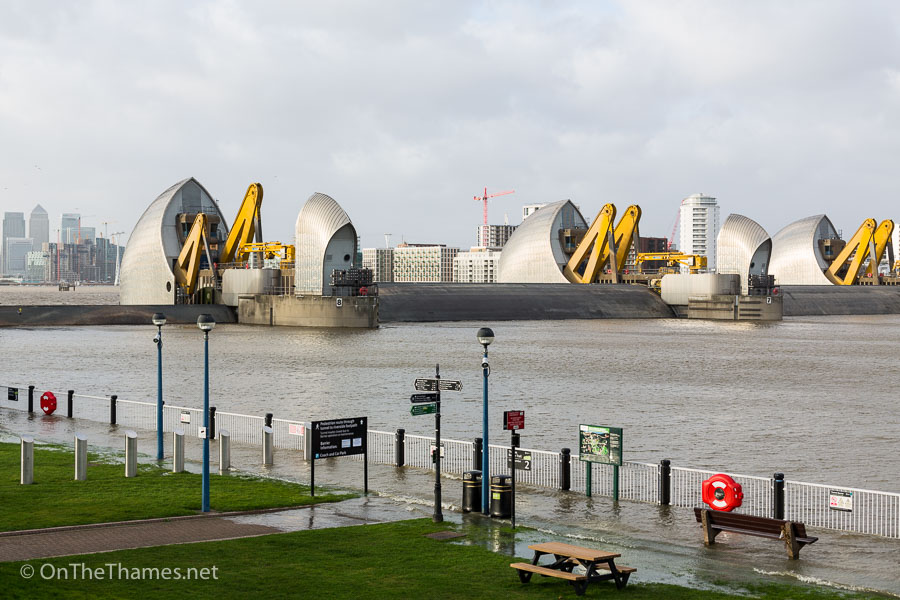 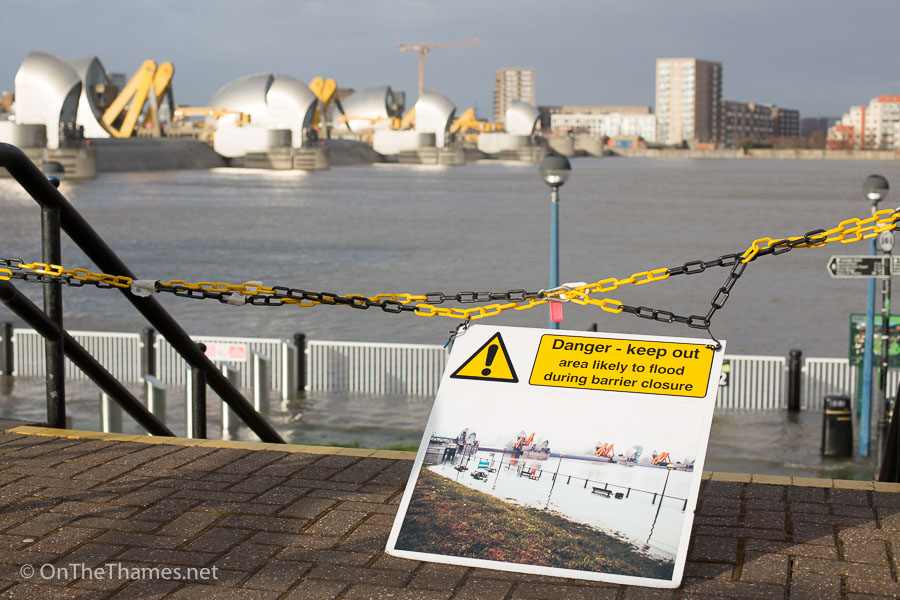 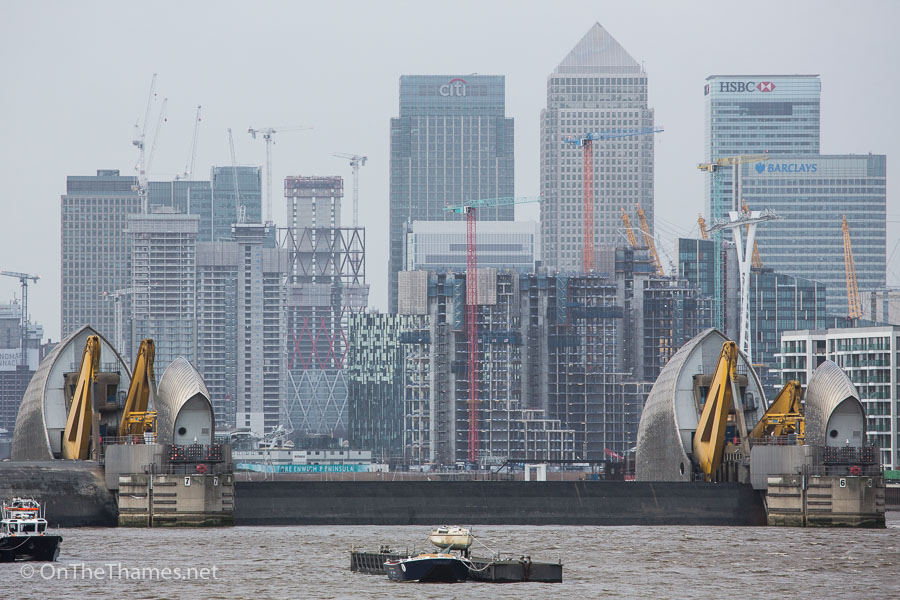 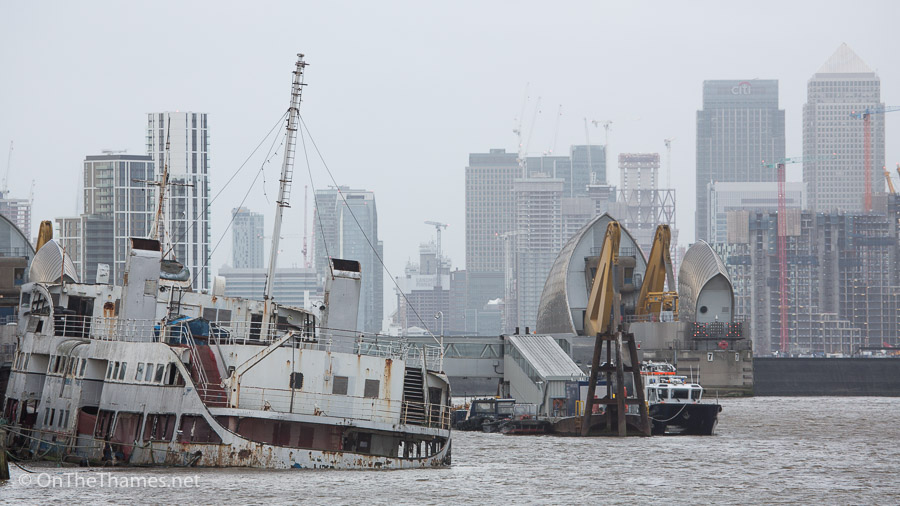 The dilapidated former Mersey ferry the Royal Iris pictured above listing while the flood barrier protects the capita.

With the barrier holding off the advancing tide, swollen river scenes were observed in locations further East such as on the Thames Path near the Woolwich Ferry and in Gravesend, Kent (below). 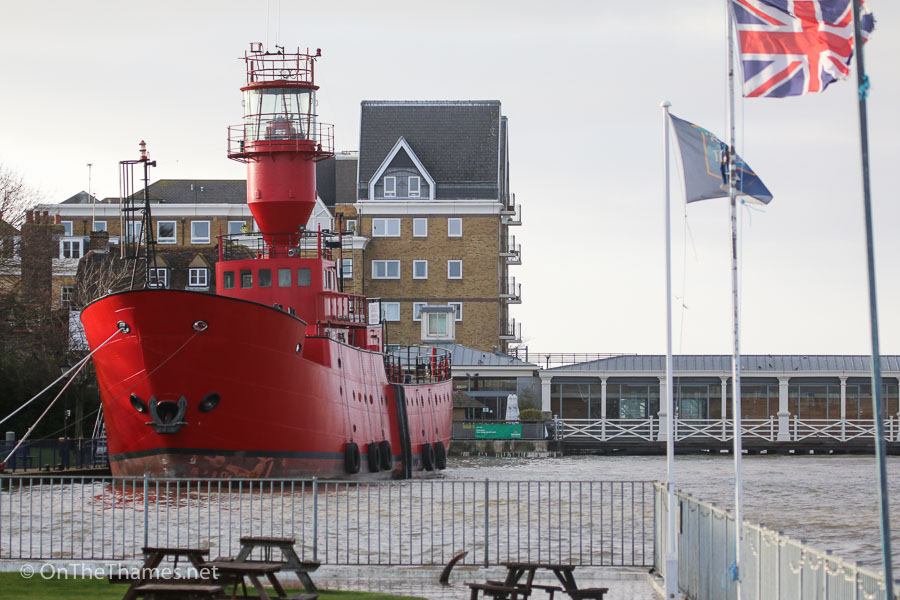 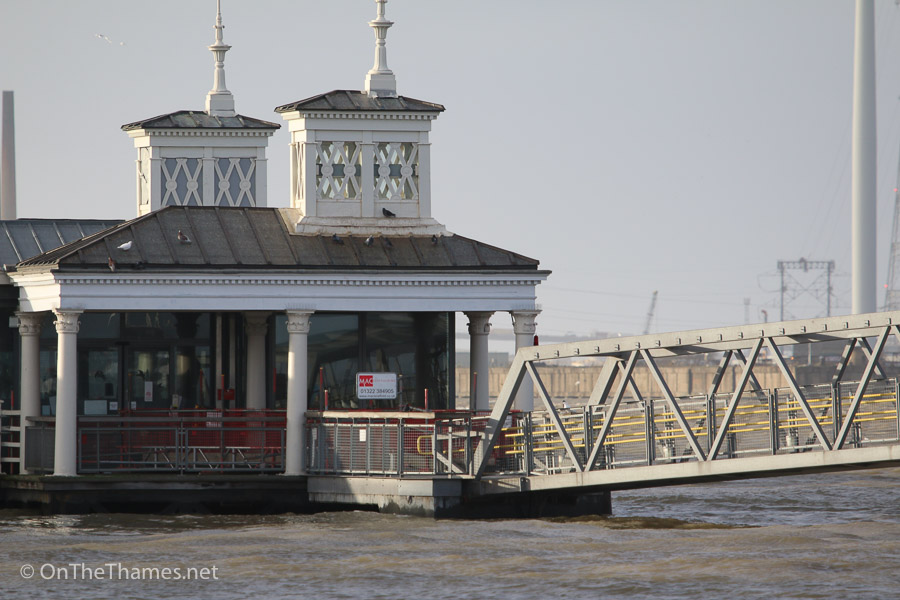 VIDEO: High tide on the River Thames at Gravesend

Video: Scenes from a very high tide on the River Thames at Gravesend, Kent pic.twitter.com/m45letapuw