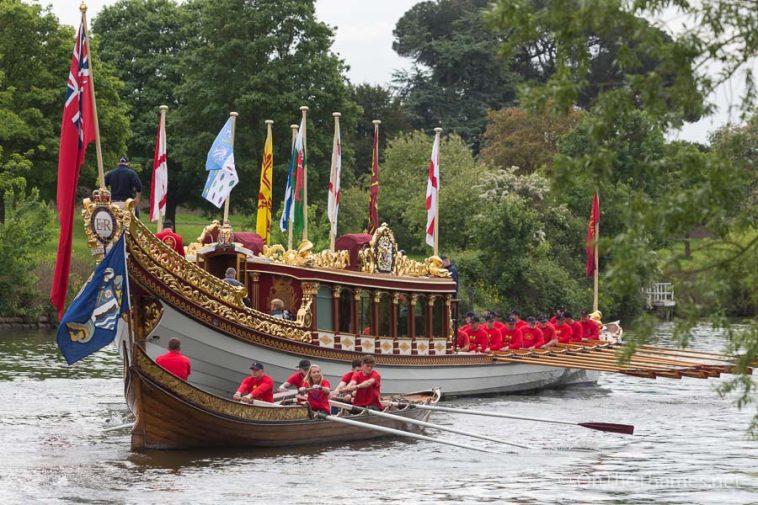 THE QUEEN'S Row Barge Gloriana has again taken part in the traditional Tudor Pull from Hampton Court Palace to the Tower of London.

A 'stela' was handed over to the custody of Her Majesty's Bargemaster at Hampton Court and carried down the river by Gloriana with a crew of Watermen, arriving almost seven hours later.

Organised by the Thames Traditional Rowing Association (TTRA), the collection of traditional craft including Watermen's Shallop Lady Mayoress made for a spectacular sight on the river. 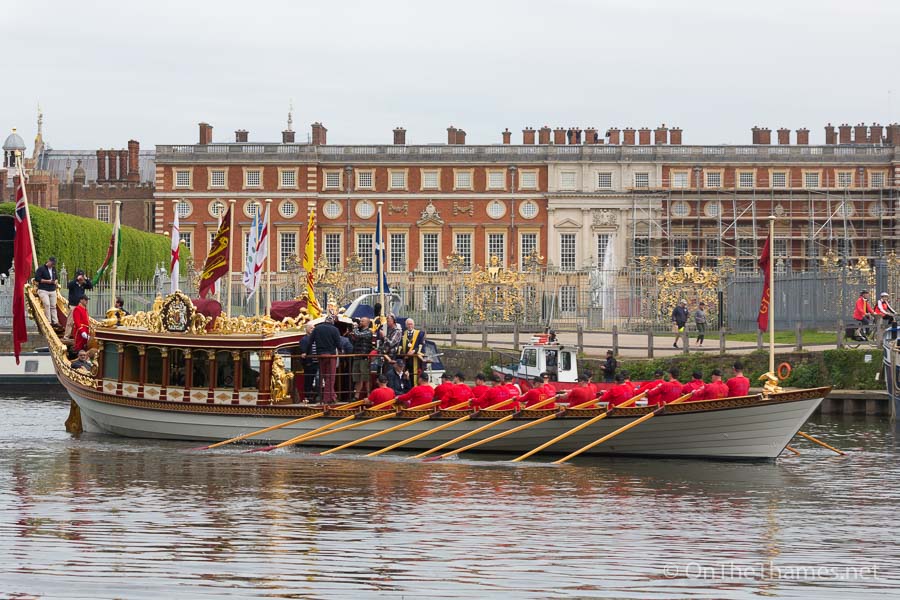 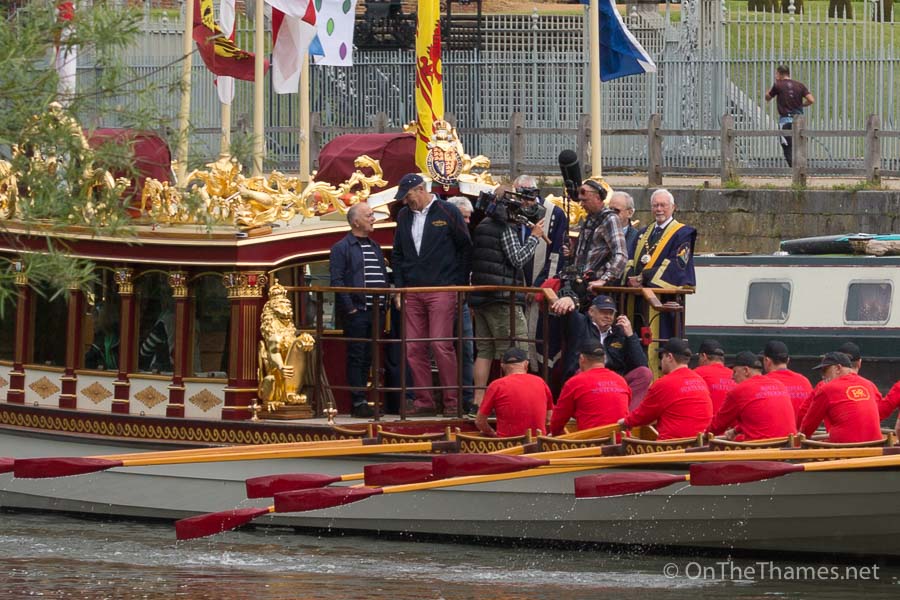 Broadcaster Tony Robinson was on board Gloriana with a TV crew. 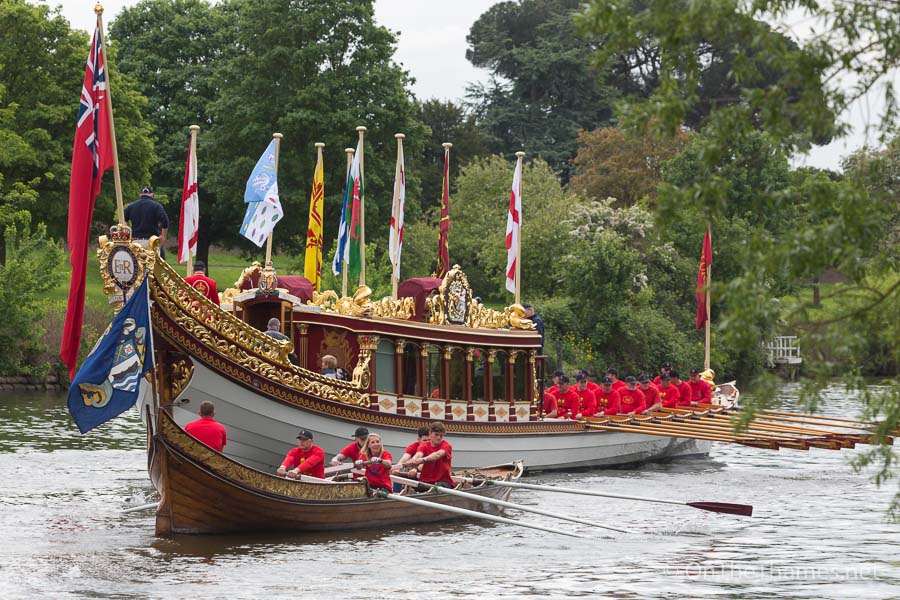 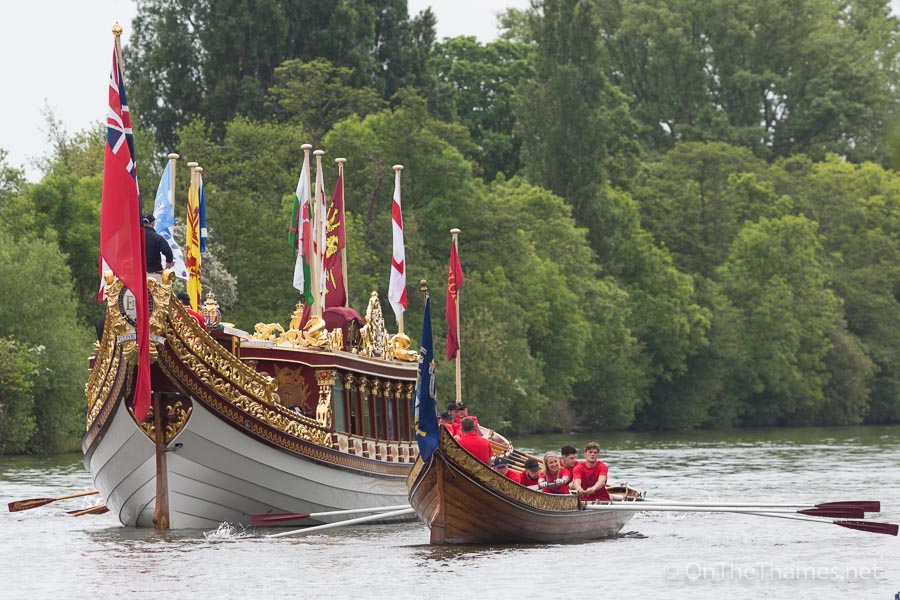 The flotilla set off from Hampton Court Palace at about 10.45. 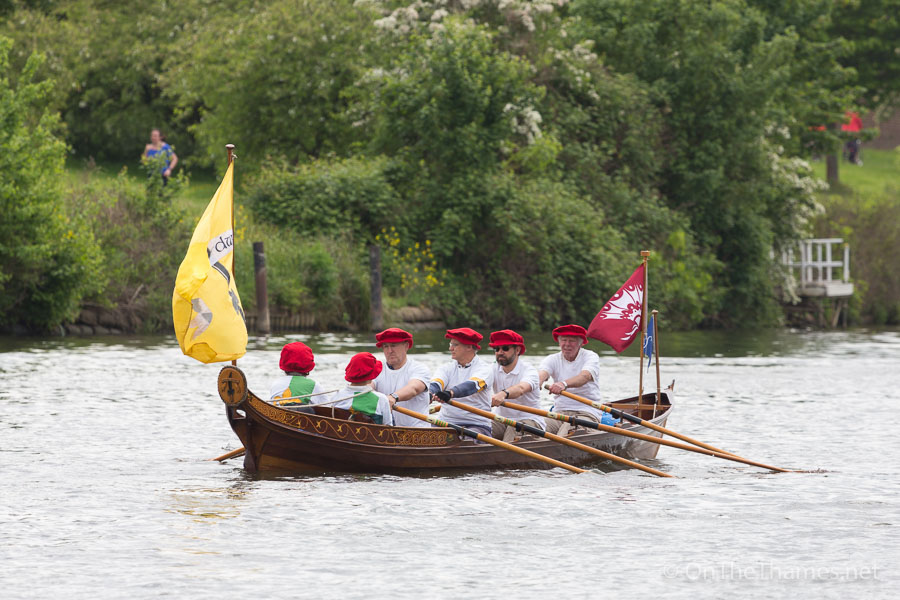 Dozens of rowers were on accompanying traditional craft. 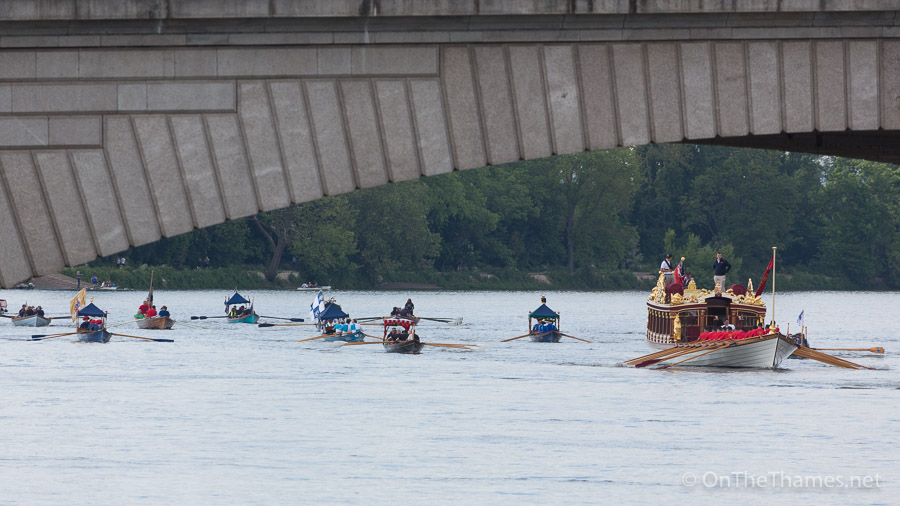 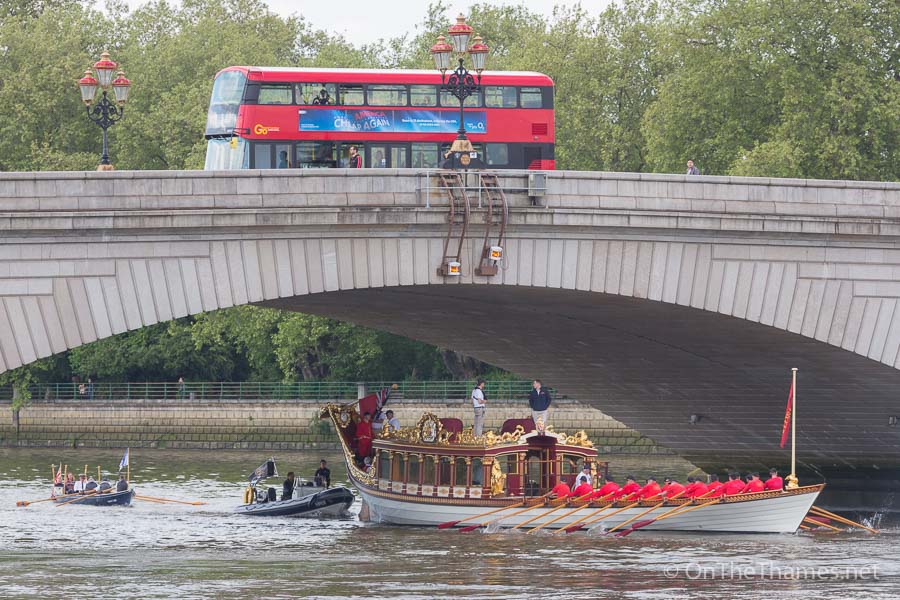 A London bus crosses over the bridge as Gloriana quietly passes below.