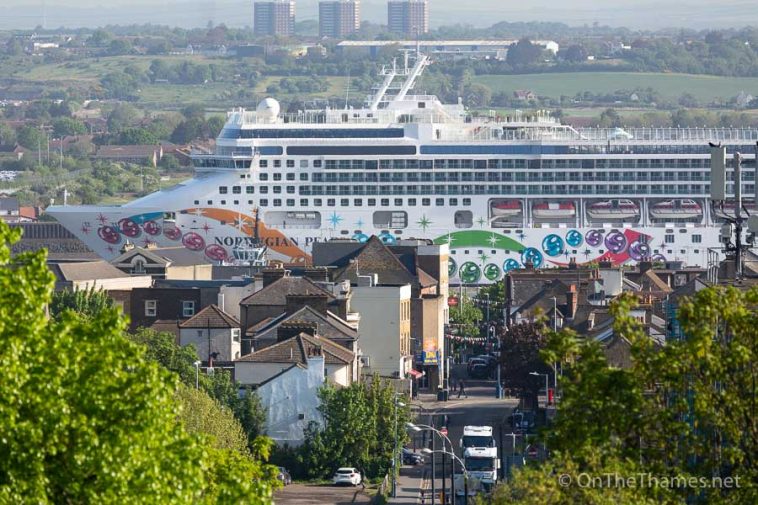 THE LONGEST cruise ship to visit the Port of London made its maiden arrival on Thursday morning.

Norwegian Pearl sailed up the river to moor at London International Cruise Terminal, Tilbury, at about 8am.

At 294 metres in length, she is the longest cruise ship to use the facility - beating the previous record holder - Mein Schiff 3 - by a single metre.

Launched in 2006, the ship has capacity for almost 2400 passengers. The distinctive colourful ribbons which make up her eyecatching livery could be seen from afar as she arrived on the river.

Her stay on the Thames lasted just twelve hours and she departed again at about 8pm that night. Norwegian Pearl will be back at Tilbury on May 23rd, June 20th and June 23rd.