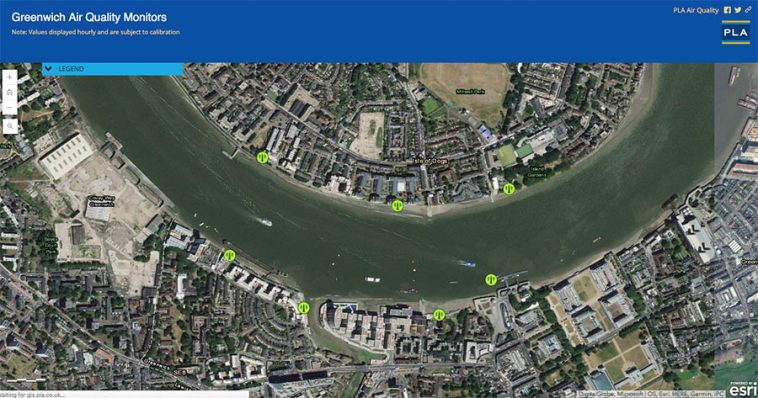 THE PORT of London Authority has installed pollution monitors either side of the Thames at Greenwich ahead of this year's cruise season.

Eight monitoring stations have been put up near to Greenwich Ship Tier to measure emissions from the ships while they are moored on the river.

The equipment, which cost the PLA £80,000, was put in place before cruise ship Viking Sun arrived on Friday - the first of over a dozen visits by cruise liners to Greenwich this year.

Local campaigners have been calling for an onshore power supply to be installed, tweeting that they "want a clean green cruise ship mooring at the Greenwich Ship Tier or none at all."

The Port of London Authority says on its website that it is "committed to undertake a detailed, long-term feasibility study into the options for shore-side power supplies, evaluating the practicality, cost, sustainability and effectiveness of the technology that would need to be installed."

But it also adds, "other countries around the world have invested in shore power facilities, only to find that the vast majority of visiting ships are not able to use them. This is a situation we are determined not to repeat in London."

Controversial plans for a new cruise ship terminal slightly down river at Enderby Wharf, East Greenwich, were withdrawn by the developer last year, although planning permission had previously been given.

More recently Greenwich Council indicated that it will become one of an increasing number of local authorities to declare a "climate emergency."

Live reporting of air quality data from the new monitors can be viewed on the PLA website - this will be calibrated with weather conditions and published in a report next year.

Robin Mortimer, PLA chief executive, said: “The data these monitors collect will give us a comprehensive understanding of the impact that the cruise ships have on air quality when they are in town.

“It’s crucial to have this information, so that we can address the concerns that we know are very strongly held by local residents.”