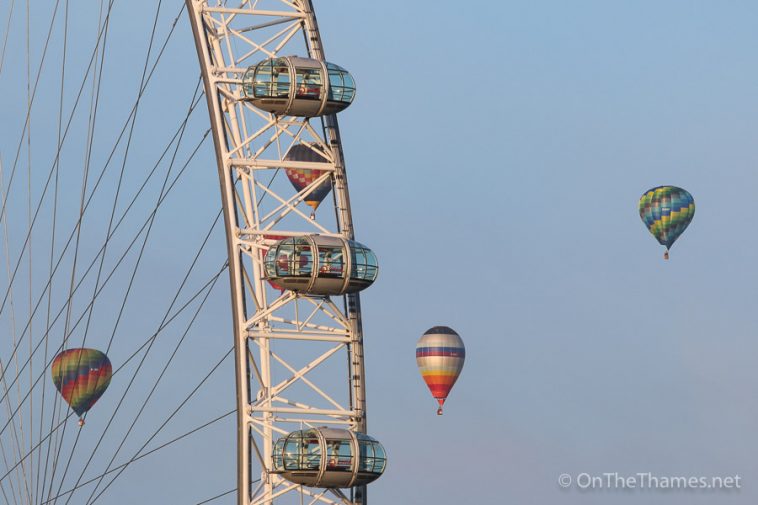 The colourful flotilla of balloons appeared crossed the Thames several times in the hour long spectacle that started shortly after sunrise.

Forty six balloons in a variety of colours and shapes took off from Battersea Park in south west London at 5.15 am.

A gentle morning breeze guided the balloons on a more southerly track than previously expected, moving them east over Vauxhall, Southwark, Rotherhithe, Greenwich and Charlton before drifting north of the Thames into East London and Essex borders.

The event raises awareness and funds for the City of London's Lord Mayor’s Appeal. Standby dates are reserved for the annual event on all the Sundays in June with a decision taken each weekend whether it will be safe to proceed.