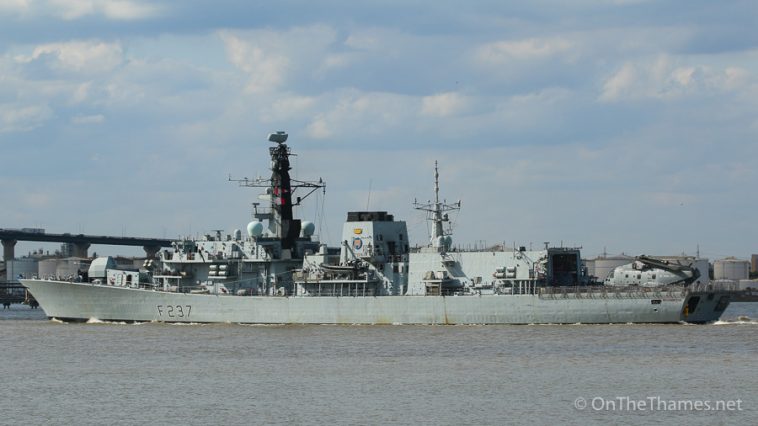 TYPE 23 frigate HMS Westminster sailed up the Thames last week for a port visit which included the ship's company exercising their Freedom of the City of Westminster.

The Duke-class ship arrived in London on the afternoon of the 5th August at the end of a five month deployment with NATO Standing Maritime Group One.

During the port visit to the capital, the officers and crew of Westminster exercised their Freedom of the City of Westminster for the first time in five years, marching past Trafalgar Square and down Whitehall accompanied by the Royal Marine Band.

Cllr Bush told them: “The Freedom of the City was first conferred upon HMS Westminster in December 2005, 200 years since the Battle of Trafalgar, and was last exercised in September 2014. Hopefully we won’t have to wait another five years for the next parade.”

HMS Westminster was also called upon to shadow a Chinese warship in the Dover Strait just days before arriving in the Port of London.