The Woolwich Ferry is a free river crossing service from Woolwich across the Thames to North Woolwich.

The service is comprised of three vessels, all of which are over fifty years old. The ferry vessels are all named after local political figures: Ernest Bevin, John Burns and James Newman.

Using the Woolwich ferry is free of charge and is open to vehicles, pedestrians and cyclists. 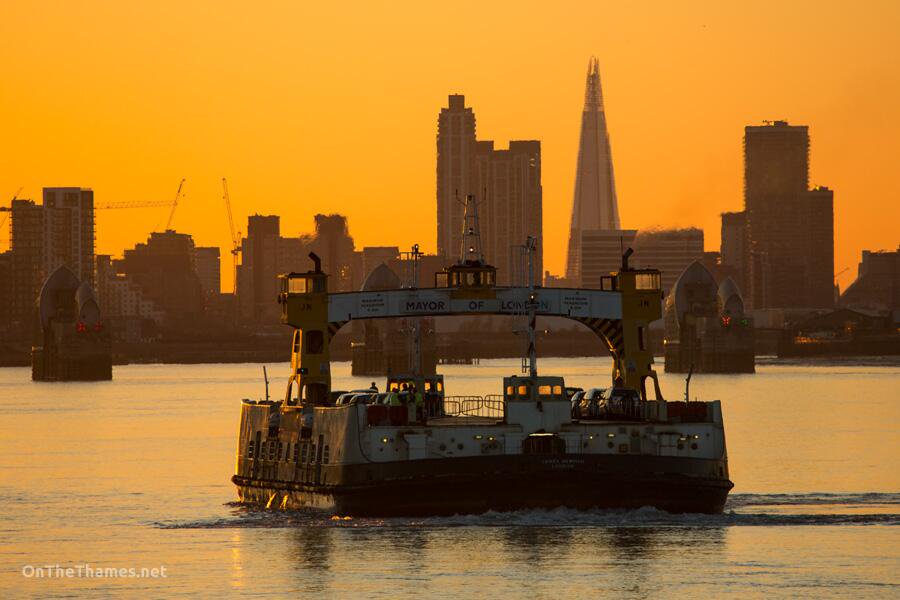 The Woolwich Ferry has been operating since March 1889, initially with a steamer called Gordon and then joined shortly after by a sister ship called Duncan. The current fleet has been working the river since 1963 but Transport for London has recently committed to purchasing two new ships to operate the crossing.

Get more information about the Woolwich Ferry