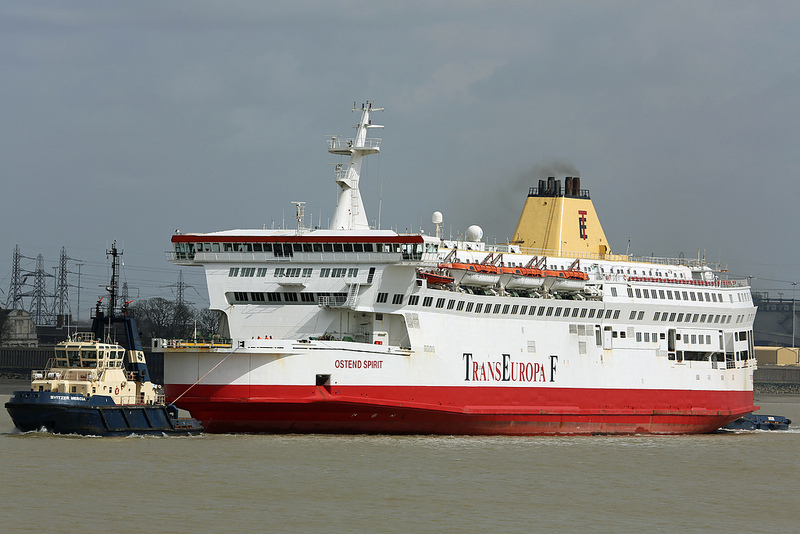 A DRAMATIC video has appeared on the internet showing the moment that the former cross channel ferry, the Pride of Calais, was beached at a Turkish breakers yard.

The vessel, which had been renamed as Ostend Spirit for a short lived final spell with Trans Europa Ferries, comes surging on to land in the video which had already racked up over half a million views on YouTube and been picked up by news outlets around the world.

Another video shows the same moment from onboard the ship. It took two attempts to beach her after the first attempt saw her miss the space and crash into a nearby vessel.

But while Ostend Spirit's final journey ended in Turkey, it began here on the Thames with her slipping out of Tilbury Docks on a quiet evening last October.

She had been laid up at Tilbury there since the collapse of TEF back in April. She arrived at her final destination in Aliaga in November but the video has only recently been posted on the internet. 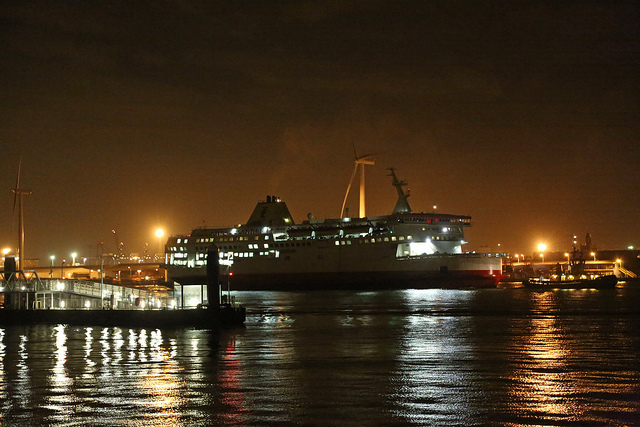 Passing Gravesend town pier as she begins her final journey 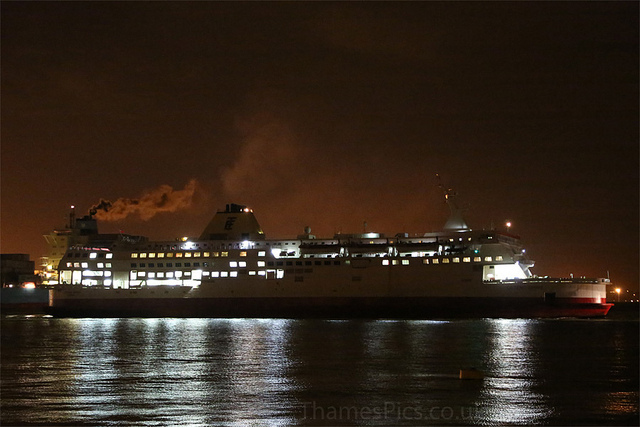 She had been at Tilbury since April 2013

See the videos showing her beaching at Aliaga, Turkey.

1st attempt: "Hold on tight boys because I think there's gonna be a crunch"