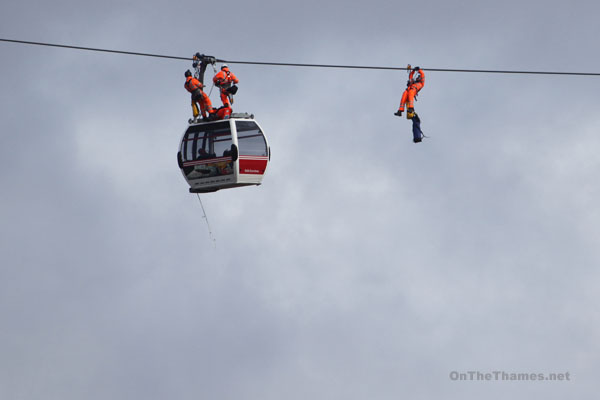 AN AERIAL response team performed a dramatic rescue ninety metres above the Thames yesterday - but it was just for a training exercise.

The operators of the Emirates Air Line are required to practise what would happen in the unlikely event of a problem occuring mid transit.

Shortly after 8am, the emergency responders in orange hi-viz outfits started climbing out along the cable car route to reach a stricken gondola.

Once entry to the gondola had been gained, the "victim" was checked on - initially played by a dummy but later on in the day the part was taken by a live person.

A weighted line was then released down from the cable car and the dummy passenger was then slowly lowered down where they were collected on the roof of the waiting AURORA CLIPPER from the Thames Clippers fleet.

The routine exercise, which took place at the end of a week long closure for maintenance, all appeared to take place successfully.

Photos from the rescue 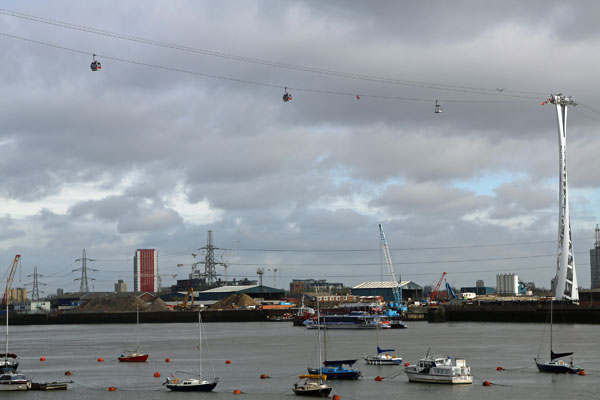 The rescue took place 90 metres above the Thames 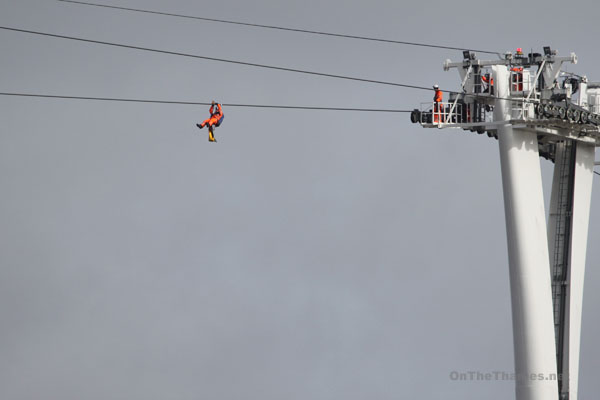 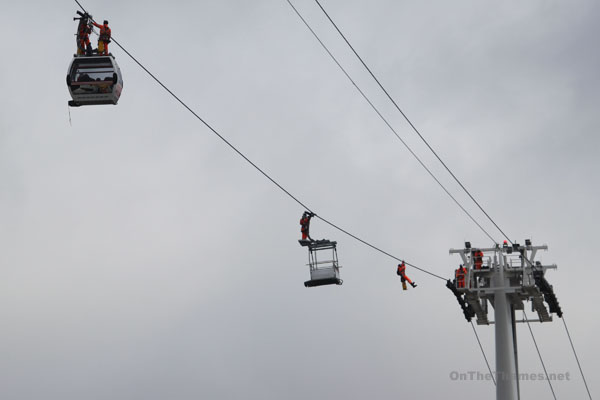 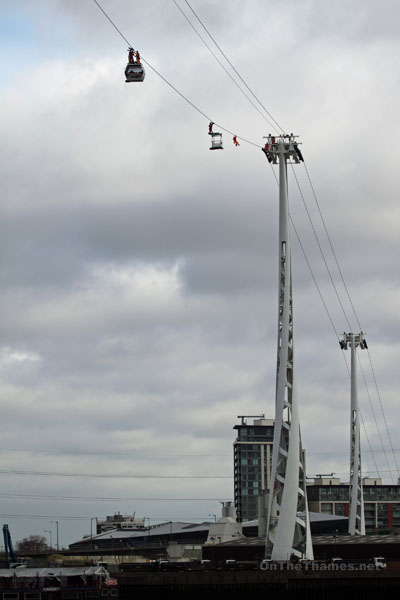 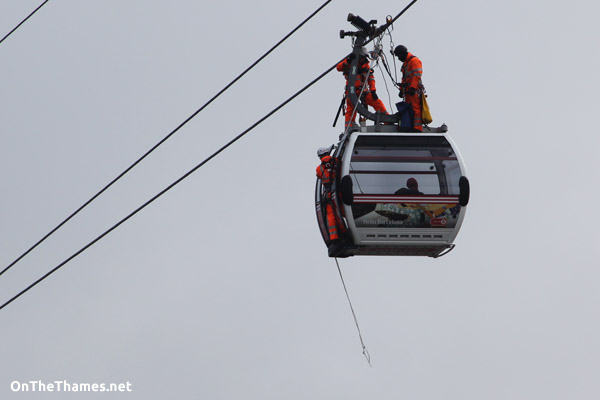 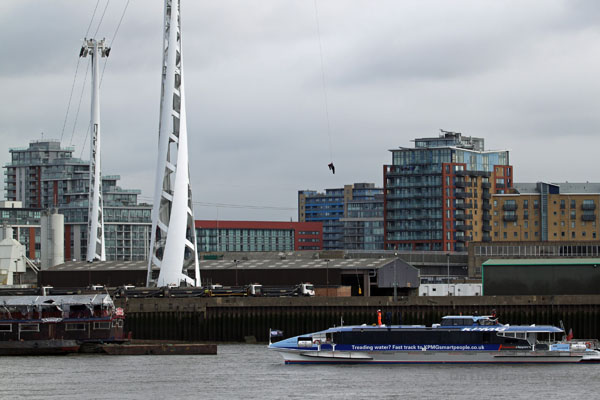 AURORA CLIPPER waiting to receive the passenger - in this case a dummy. 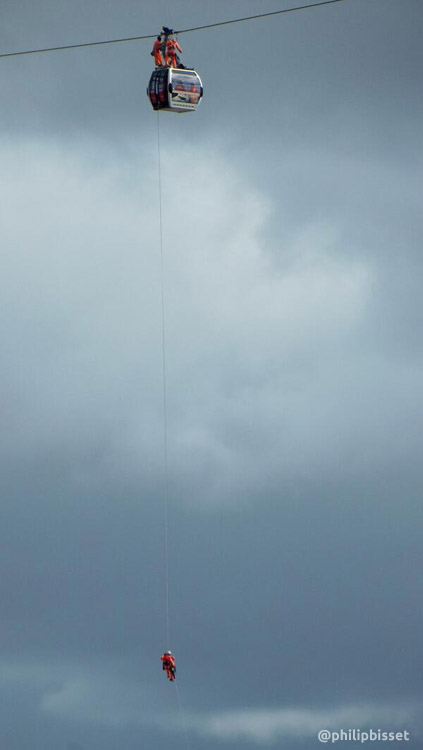 Thanks to Phil for this photo taken later in the day when a live person was lowered down. 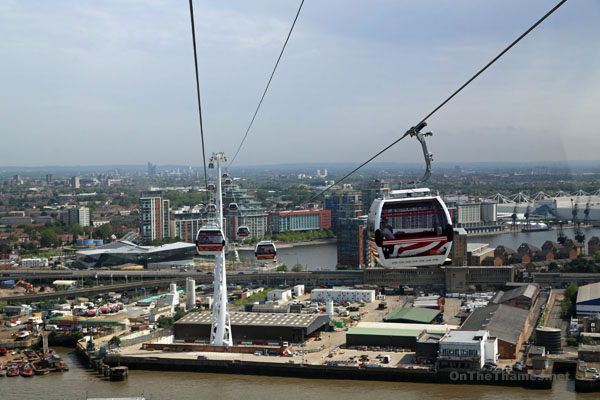 A file picture from on board the cable car - 90 metres high.