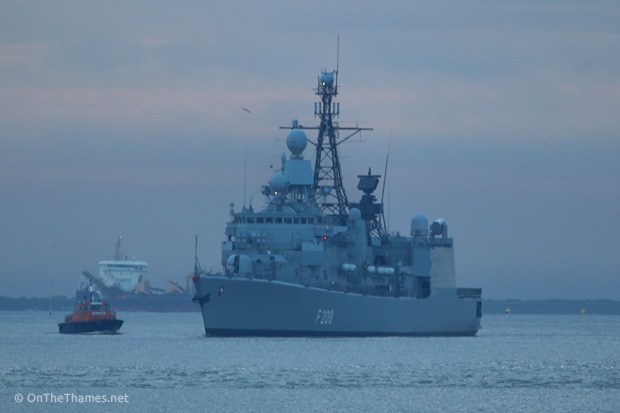 A GERMAN frigate arrived in London this morning for a five day visit.

The visit by the Bremen-class FGS NIEDERSACHSEN comes days after the visit by a German minesweeper squadron.

The 130-metre vessel passed Gravesend shortly before 6am this morning (pictured above and below) and continued up river, passing under a raised Tower Bridge at 8am where she moored alongside HMS Belfast.

At noon today, a gun salute was fired from the Tower of London for the visiting frigate and the ancient Ceremony of the Constable’s Dues ceremony will take place on Friday.

FGS NIEDERSACHSEN will depart on Monday 26th at 1.15pm 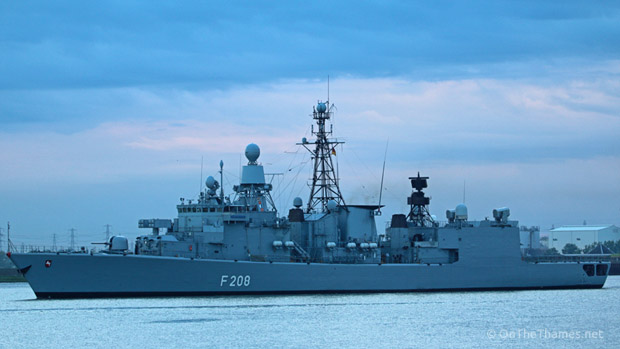 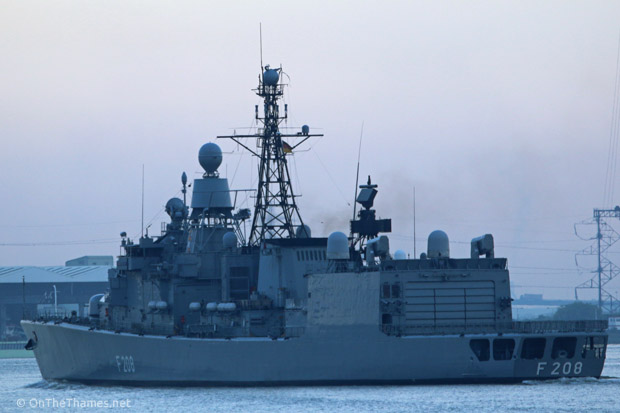 German navy vessel Niedersachsen safely through the #ThamesBarrier, will moor next to HMS Belfast until Monday. pic.twitter.com/9SyyyL18ZT