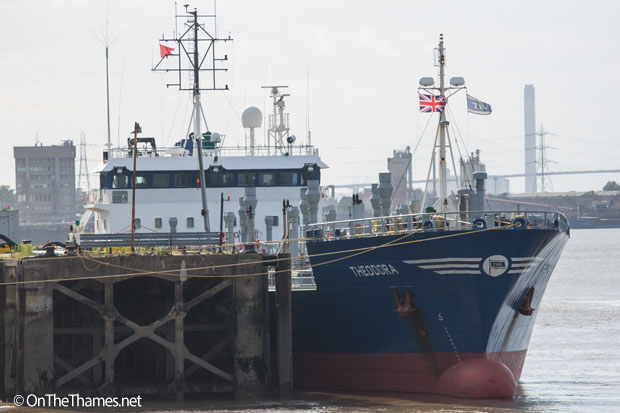 A NEW bitumen terminal in Kent received its first visitor on Saturday morning.

Dartford-based FM Conway have developed the new terminal on the old Imperial Wharf site in Gravesend. Work to take down the distinctive old cranes at the site got under way in October last year.

Tanker Theodora arrived there on Saturday morning - the first ship to moor there for two decades, according to the Port of London Authority.

Following the multi-million pound refurbishment of Imperial Paper Mill's former jetty, the terminal can handle the docking and storing of 7,500 tonnes of bitumen.

The 110-metre long THEODORA is seen below departing the terminal early on Saturday evening. 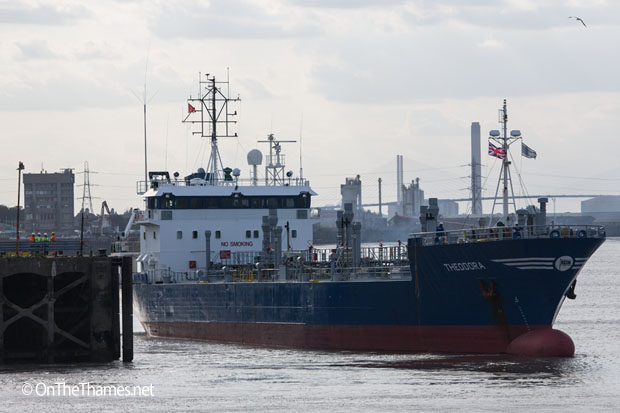 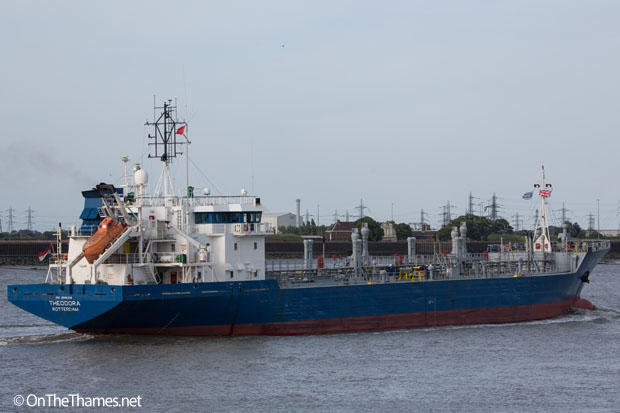 How the jetty used to look... 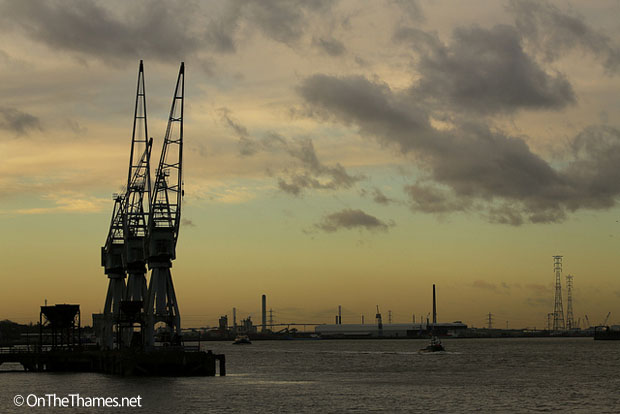