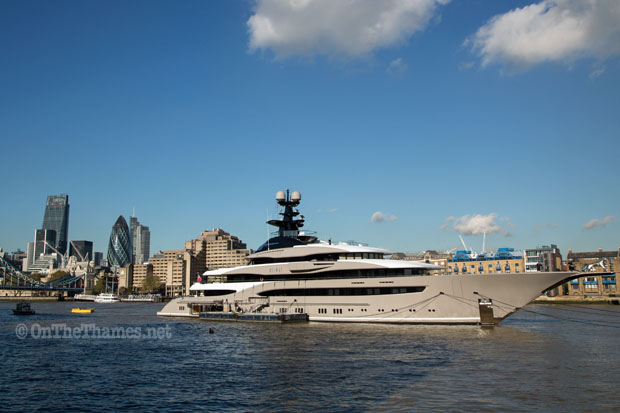 A £70,000,000 superyacht has been turning heads since it arrived on the Thames last week.

The brand new vessel is called Kismet and is believed to be owned by Shad Khan - the owner of Fulham FC and also the NFL team, the Jacksonville Jaguars.

The Jaguars are in London for a match against the Dallas Cowboys at Wembley this weekend and on Tuesday afternoon this week, a large silver Jaguar mascot with its paw resting on an NFL helmet was added to the bow of Kismet.

The brand new Kismet, moored at St George's Stairs close to Tower Bridge, was made by superyacht builders Lurssen and replaces Khan's former yacht of the same name which has been sold and renamed as Global.

The 94 metre vessel has six cabins, three decks and a helipad and is available to charter at an eye-watering £940,000 per week. 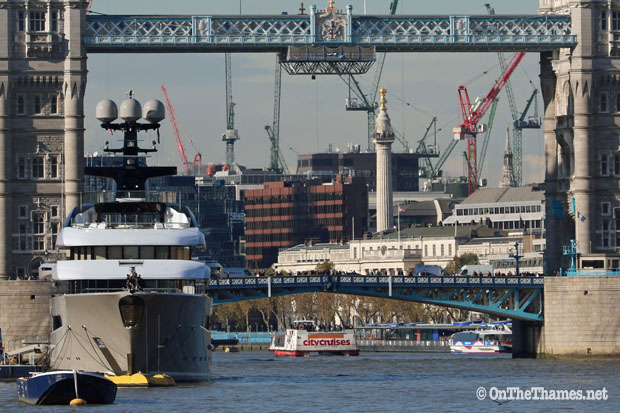 Kismet with Tower Bridge and Monument in the City visible behind 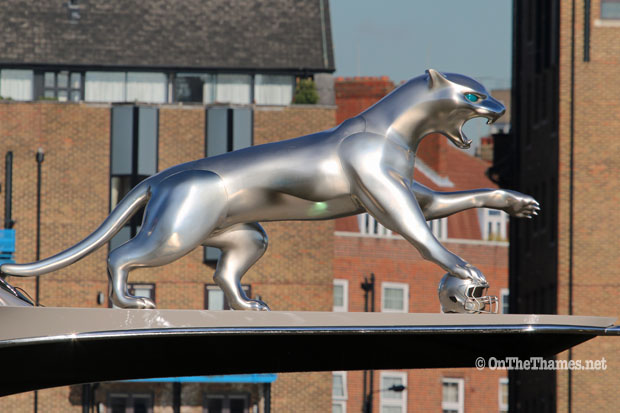 Several days after she arrived on the Thames, a large silver Jaguar and an NFL helmet were put on the yacht's bow. 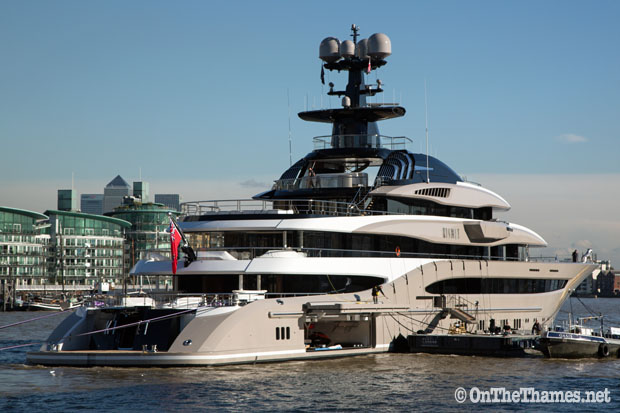 It's not yet known how long Kismet will remain in London. 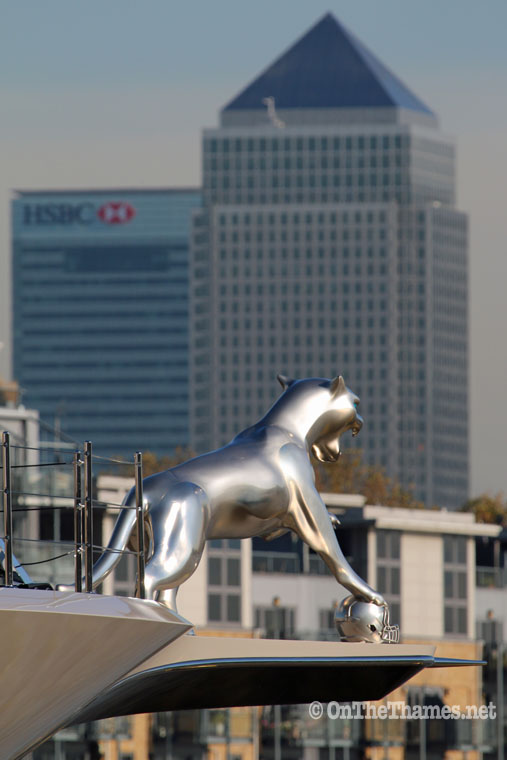