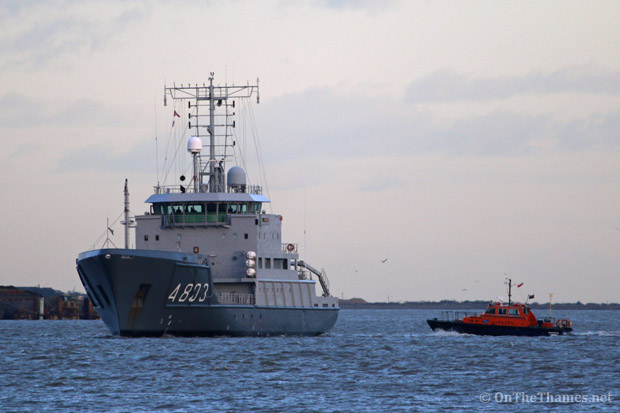 The Dutch Hydrographic Survey ship will be staying alongside HMS Belfast for the weekend, leaving early on Monday morning.

Luymes is a sister ship of HNLMS Snellius which visited the capital in August 2008. The two Snellius-class vessels are 75 metres long and have been in service with the Dutch navy for over a decade.

HNLMS Luymes can be seen exiting under Tower Bridge at 0630 on Monday 15th December. 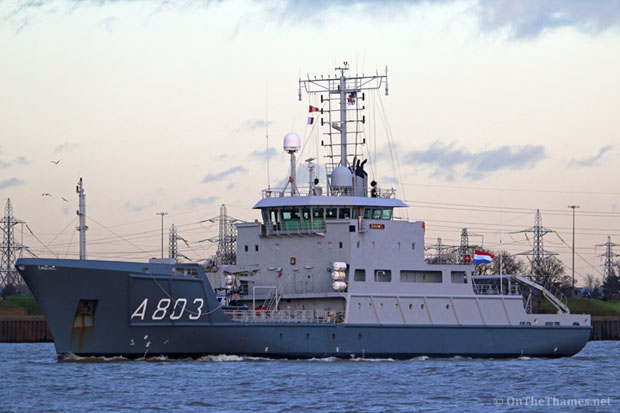 Don't forget that if you've enjoyed the photos from On The Thames this year, you can purchase the River Thames Calendar for 2015 here.