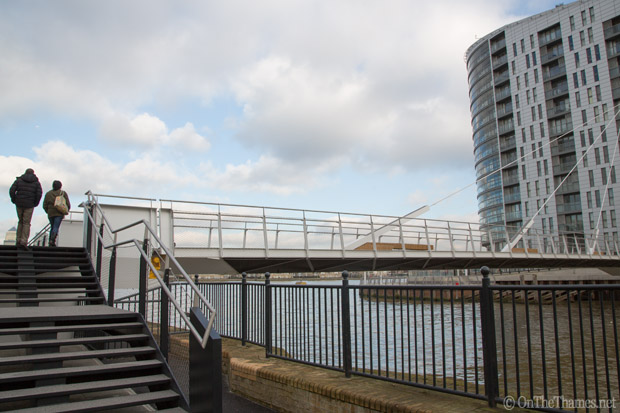 The bridge crosses at the mouth of Deptford Creek enabling better access on this part of the Thames Path, doing away with the need to take a detour up to Creek Road and across the existing road bridge.

The new crossing uses a swinging mechanism so that it can open up to allow vessels in or out which do not fit under.

Following it official opening by local dignitaries yesterday morning, the first vessel to require the bridge to swing open was JJ Prior's James Prior which was leaving Brewery Wharf for Colchester.

The bridge was closed to pedestrian and cycle traffic for about half an hour for the complete opening and closing to take place.

By the time it returned this morning, the tide was such that it was able to slip under the bridge - see tweet below by Charlie Connelly.

The James Prior passes under the new Deptford Creek bridge. pic.twitter.com/8IfyLXr5fT