The Royal Navy's biggest ship set sail from Greenwich this morning after a five day visit. OnTheThames.net was there to see her go... 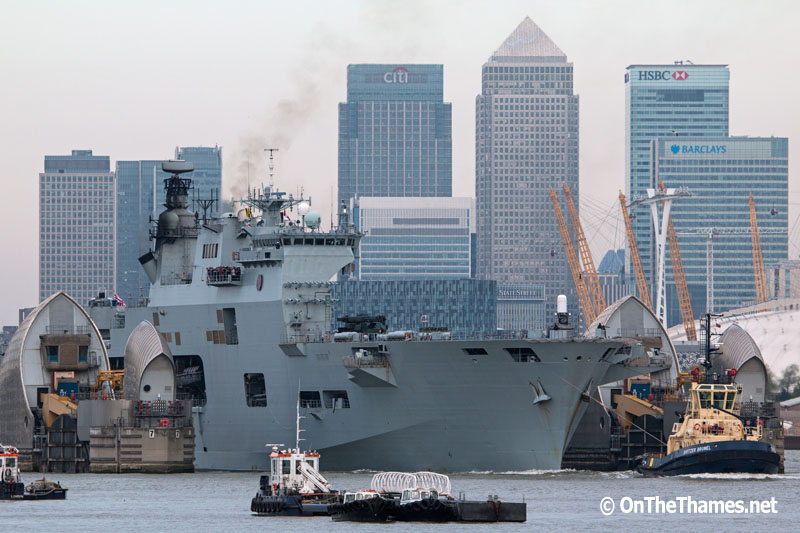 HMS Ocean squeezes through the Thames Barrier shortly after departing from Greenwich Ship Tier where she had been for five days. 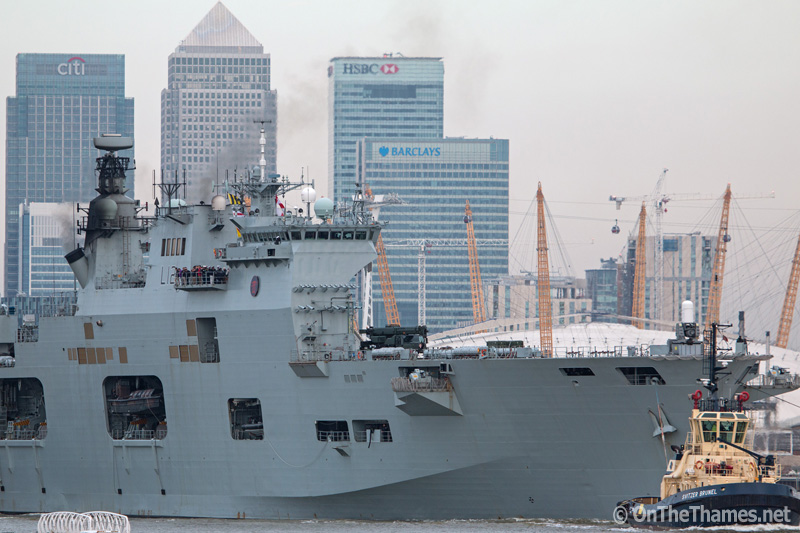 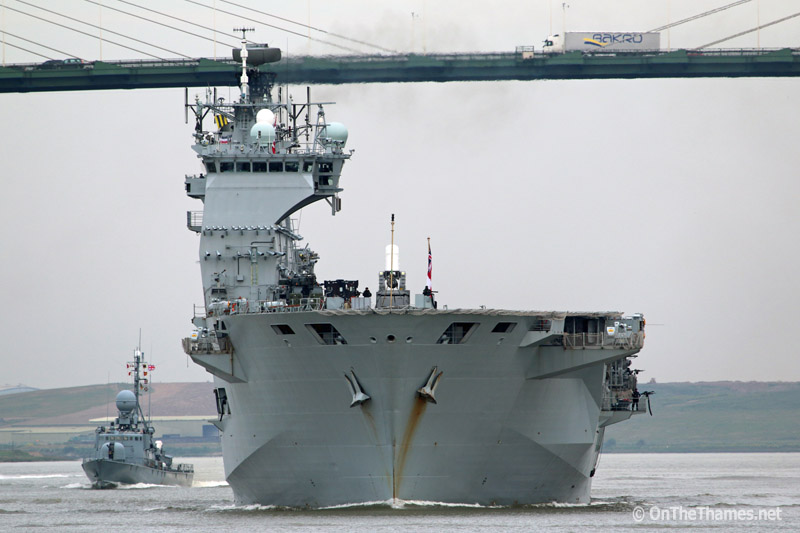 Further down river, HMS Ocean passes under the QE2 Bridge with a visiting German fast patrol boat following her. 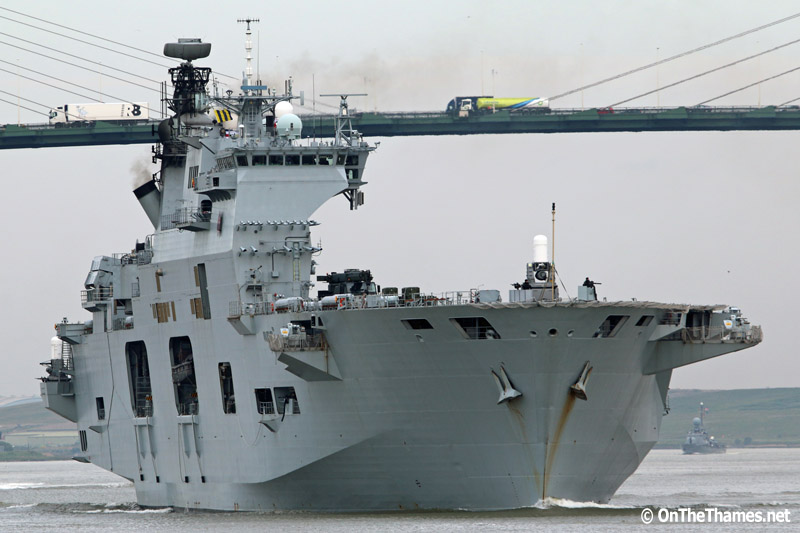 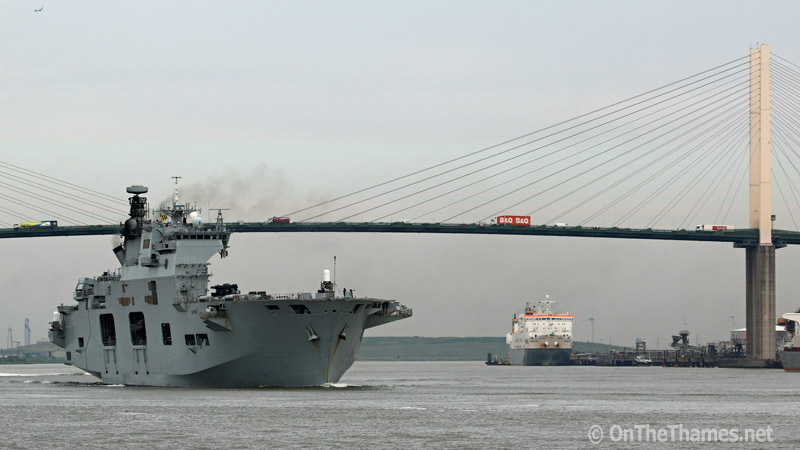 The size of HMS Ocean is illustrated by the Dartford crossing behind. 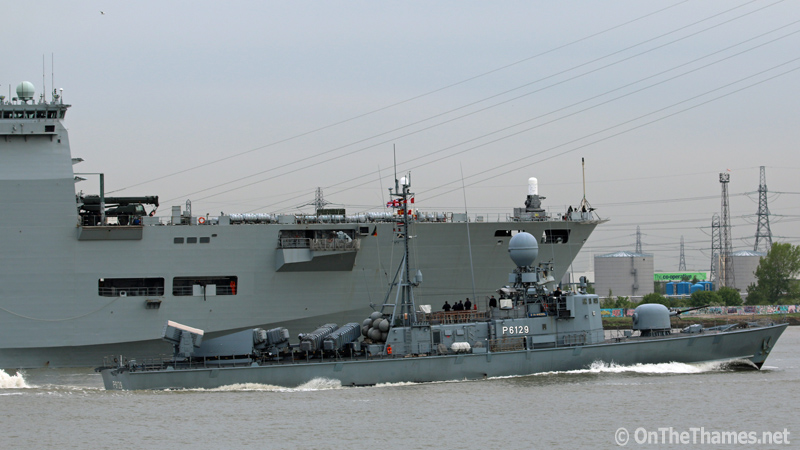 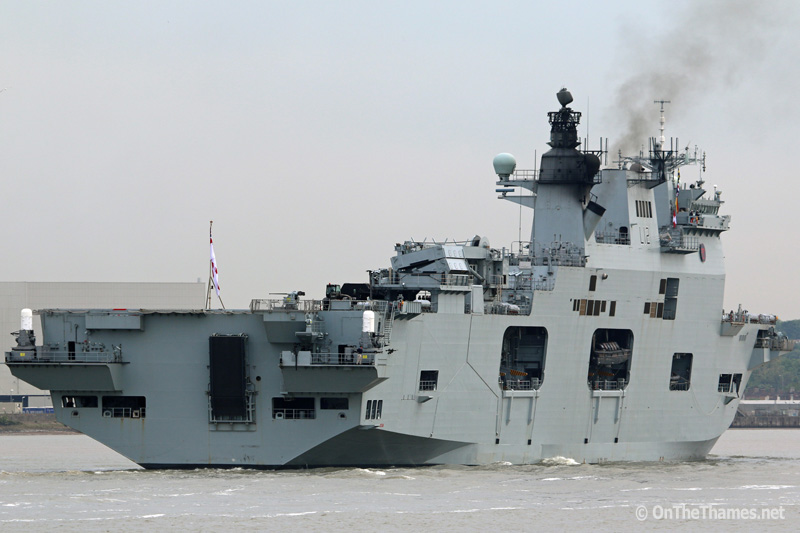 HMS Ocean is due to take over from HMS Bulwark as the fleet's flagship next month.