OnTheThames.net recently took a look at what was going over the Thames when a steam train crossed the river at Richmond.

The Peppercorn class A1 Pacific Steam Locomotive Tornado was pulling the British Pullman train from London and out into the Surrey Hills. 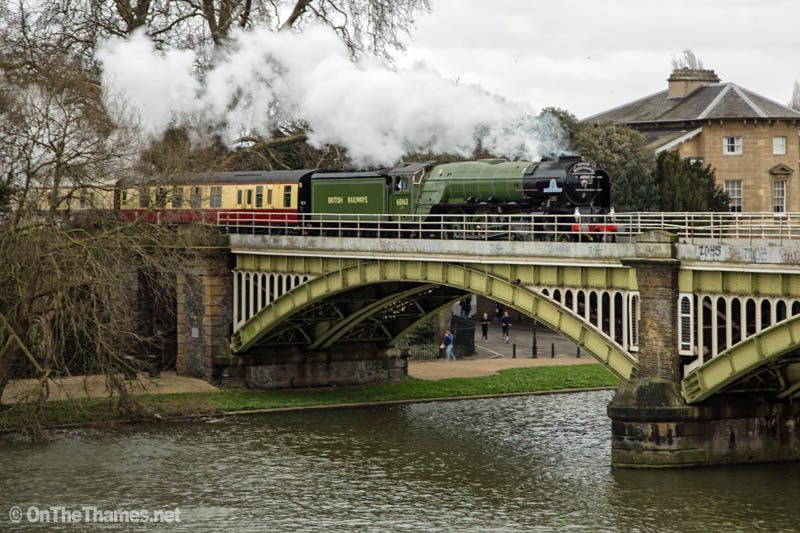 The steam train is pictured above crossing the Thames at Richmond Railway Bridge.

From there the Tornado, Britain's first new main line steam locomotive for almost 50 years, carried on through Barnes and Twickenham, crossing the Thames again at Staines. 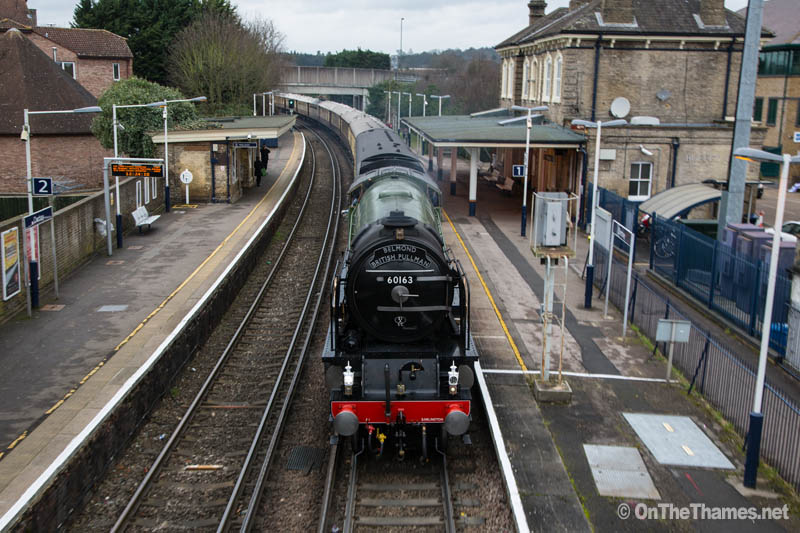 The Tornado 60163 stayed close to the Thames, passing through Chertsey station (above) before heading down to Guildford. 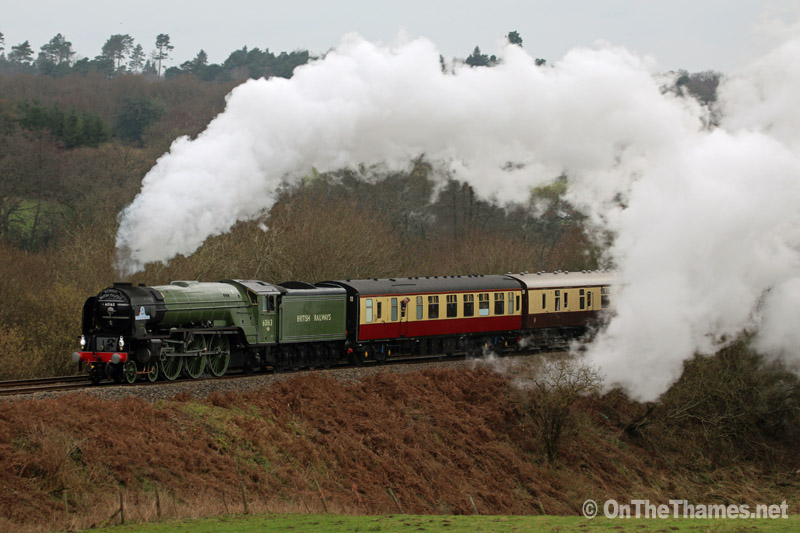 Passengers were the treated to a trip through the Surrey Hills with the train going through Reigate and then heading back to Victoria, crossing the Thames once more at the Victoria Railway Bridge, also known as the Grosvenor Bridge.