Campaigners have laid out potential ideas "to inspire enthusiasm and support" for possibilities at the historic Enderby Wharf site in east Greenwich which includes Enderby House.

Guests at the Enderby Group's meeting this morning were given a guided walk followed by a presentation about the site where developer Barratt Homes are building hundreds of new flats and a cruise terminal has been given the go ahead.

The Enderby family, explorers and traders in products such as whale oil for which they were immortalised in the novel Moby Dick, built Enderby House in 1846.

It was from Enderby Wharf that the first Atlantic cables were loaded on to a cable laying ship in the late 1850s, forever transforming global telecommunications once the cable was successfully laid at the bottom of the ocean.

Read more about the history of Enderby Wharf

Guests at today's discussion included the Leader of Greenwich Council, Cllr Denise Hyland, the MP for Greenwich and Woolwich, Matthew Pennycook, and the local London Assembly member Len Duvall. A range of other invitees were present, including the Mayor of Greenwich and representatives from several museums and amenity groups.

The Enderby Group say they want to save Grade-II listed Enderby House, which has fallen in to a state of disrepair, and give it a sustainable future. Ideas include making it a focal point on the regenerated riverfront between the Old Royal Naval College and the O2.

It was suggested that the building could become a cafe or bar for river walk users, as well as acting as an information centre for visitors in addition to its major role presenting the story of subsea communications.

"While there is still something left of Greenwich industry, we feel it ought to be celebrated and we think the ideal spot is Enderby House," said Elizabeth Pearcey from the Enderby Group.

Speaking after the presentation, Cllr Hyland thanked the group for their efforts to "preserve and conserve the rich industrial past of Greenwich" and called it a "very interesting project." She added: "It could be a gem but it can't afford to be a hidden gem.  We'll keep a very keen and watchful eye on how things progress. Our cooperation can be relied upon but it will need a sustainable business plan."

Len Duvall AM commented, "if we can't find a way to tell the story of cabling up the world, then it's a sorry day." 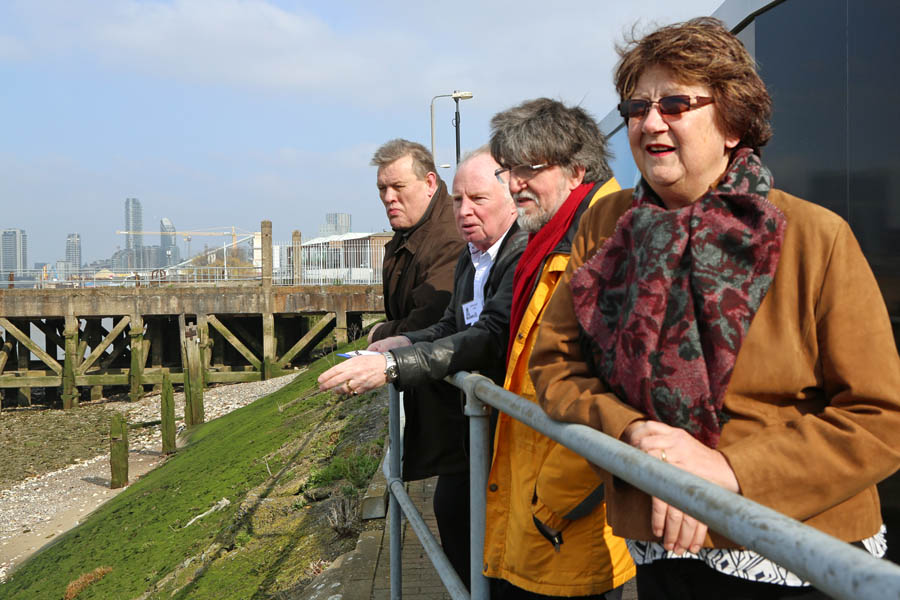 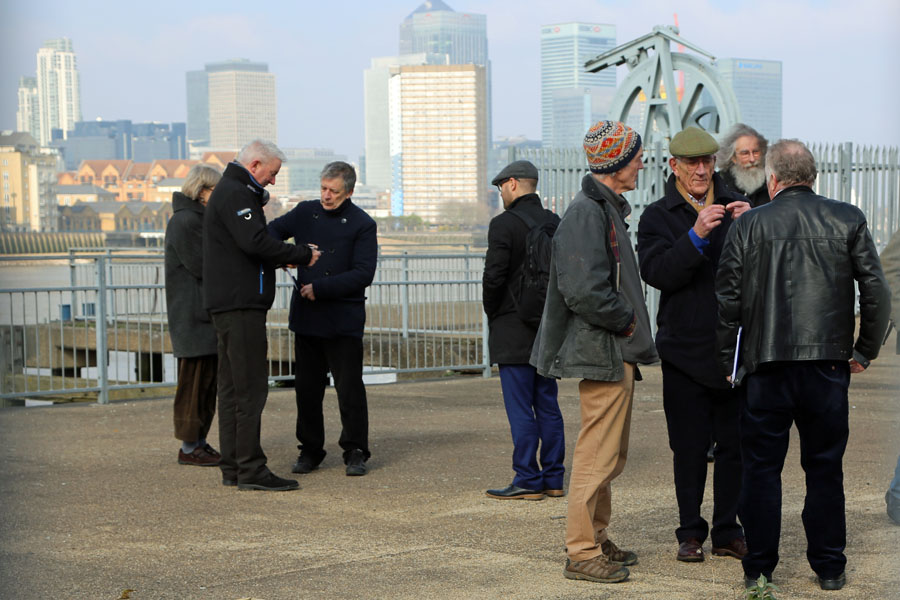 Stakeholders and interested parties on the jetty at Enderby Wharf which is owned by Alcatel-Lucent. 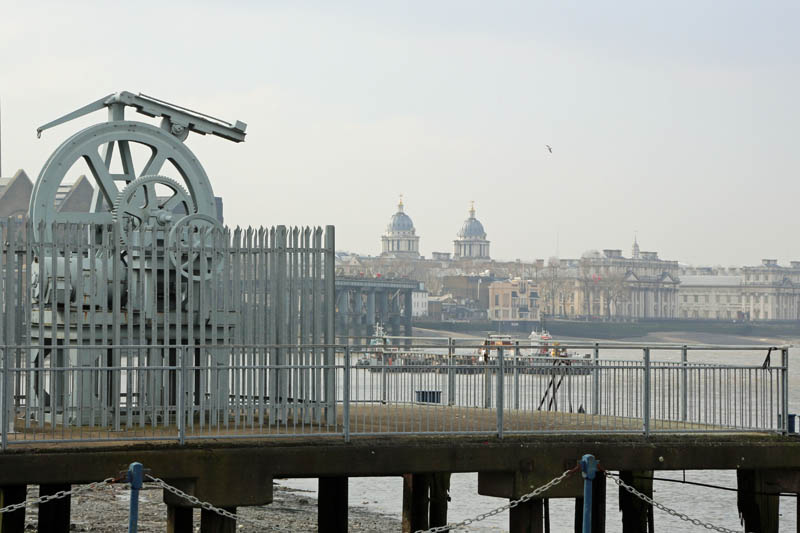 Cable equipment on the jetty, which has been closed to the public since 2008, with the twin domes of the ORNC in maritime Greenwich seen in the background 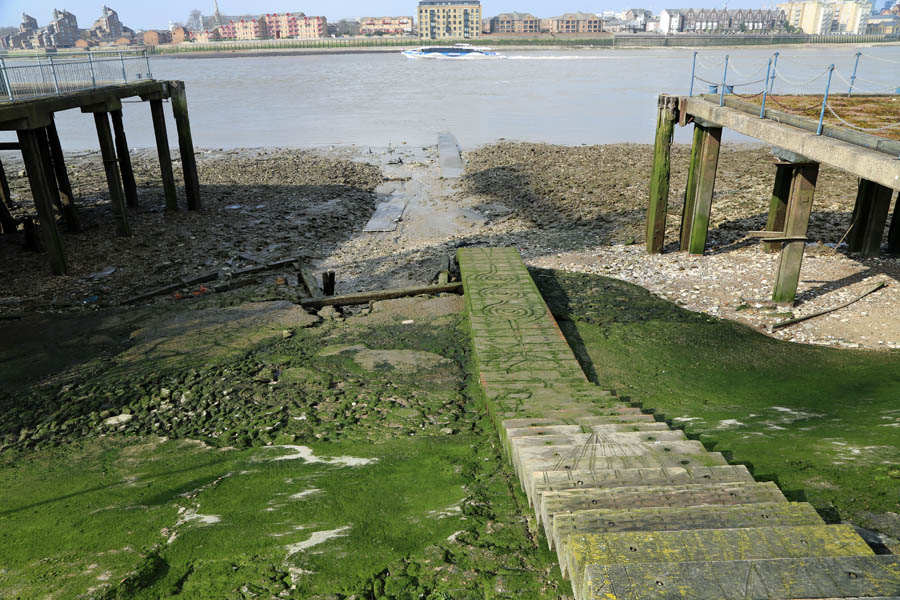 Enderby Wharf ferry steps were refurbished in 2001. They were historically used by ferrymen to row crew out to cable-laying ships. 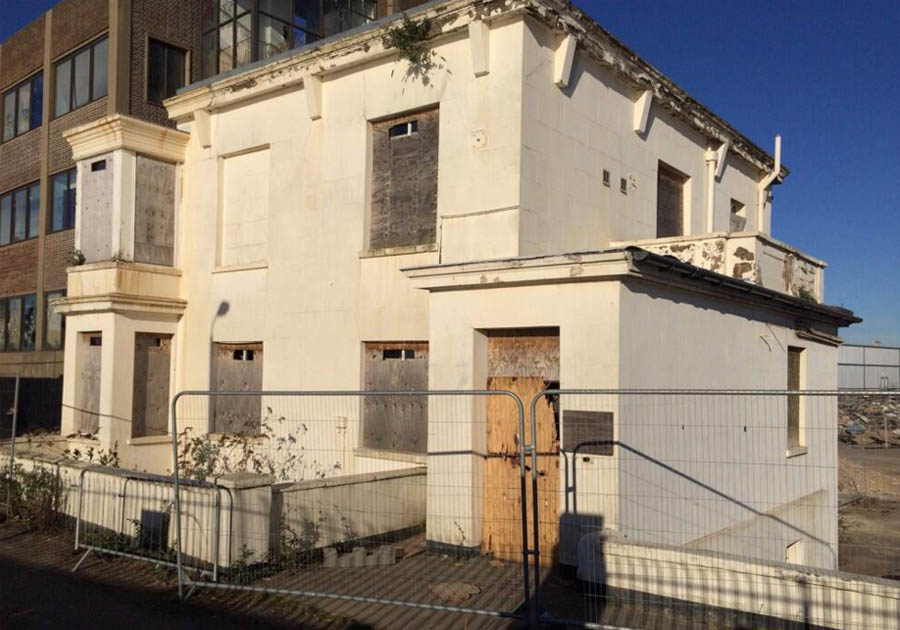 Image of Enderby House from 2014. The Grade II listed house has fallen in to further disrepair since this photo was taken. Site owner Barratt Homes' own intentions for the house are as yet unclear. 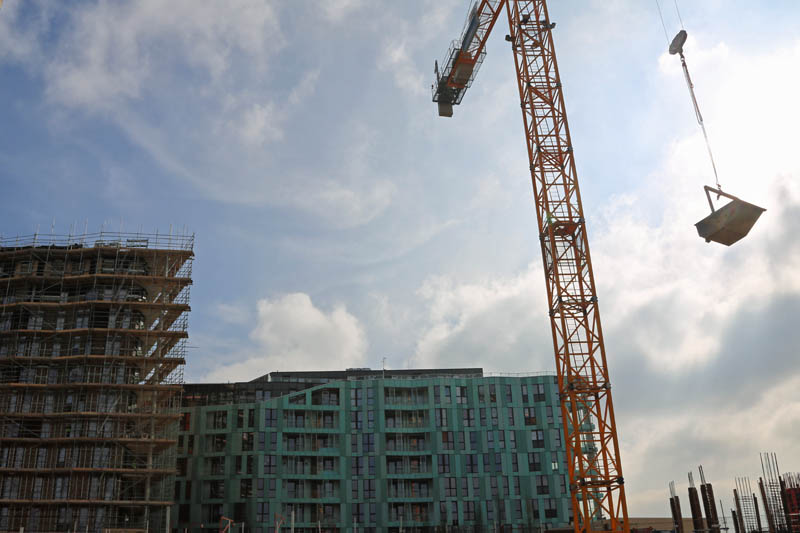 Barratt Homes are building hundreds of flats at the site.

Revised plans for a cruise liner terminal at the site were approved in December 2015 although the East Greenwich Residents Association is currently raising funds to mount a legal review of the decision to give planning permission.