HMS KENT departed London today, bound for Scotland where she will take part in commemorations for the Battle of Jutland centenary.

The Type-23 frigate exited West India Docks shortly after 10am this morning after arriving in the capital last Thursday.

It's 100 years since the greatest naval battle of World War I took place and HMS Kent now heads to Rosyth where she will take part in commemorative events organised by the Scottish Government at South Queensferry.

The Duke-class ship, captained by Commander Daniel Thomas, will then sail for Scapa Flow in the Orkney Islands where she will provide a gun salute.

London's next naval visitor is HMS Duncan, due to arrive at West India Docks at the end of this week. 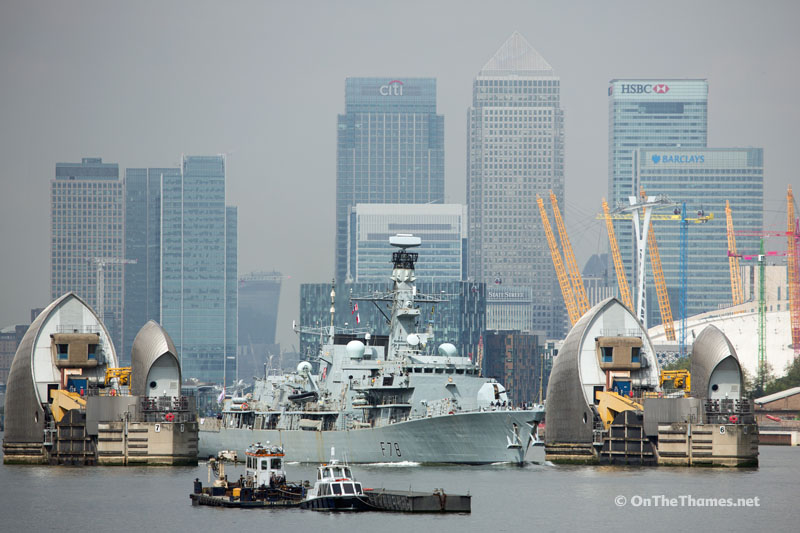 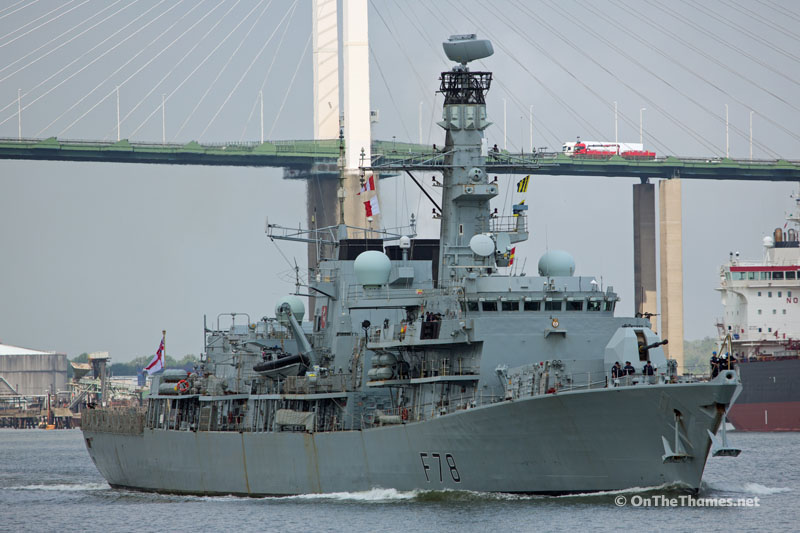 A local resident in Greenhithe waves goodbye to HMS Kent as she went past at about 11.30am today 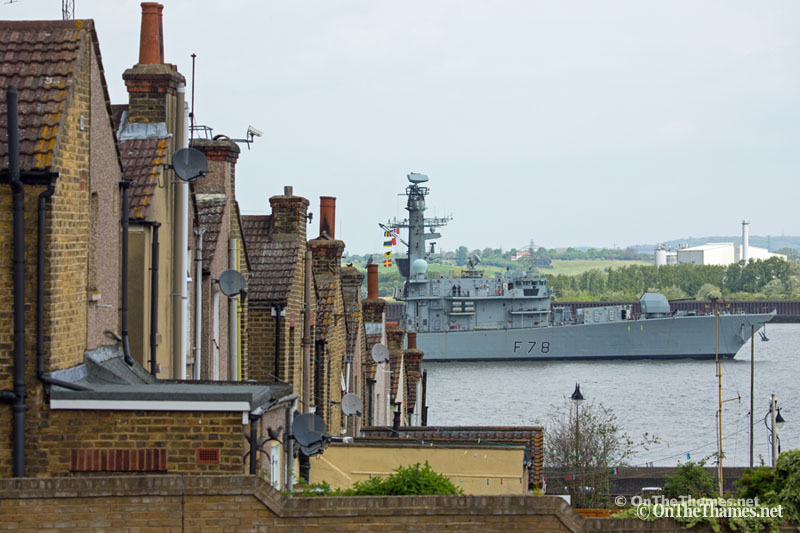 HMS Kent passes an old terrace by the river in Gravesend, Kent. 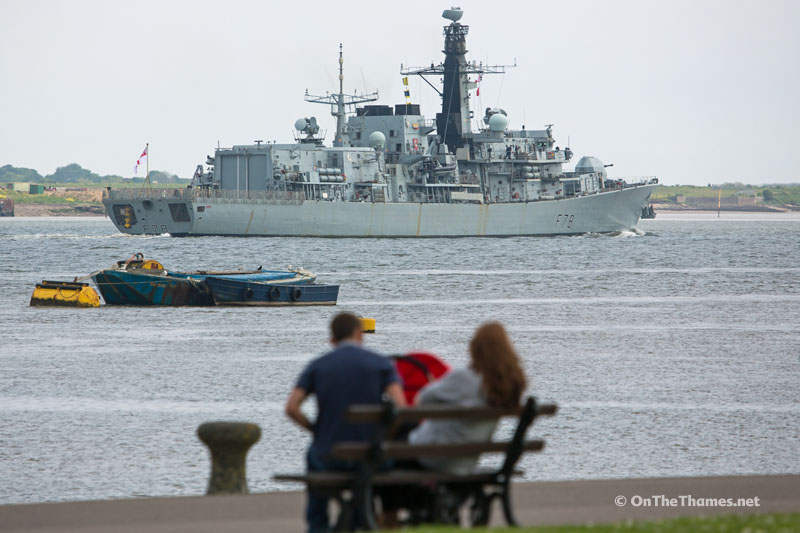 The frigate carries on down river towards the estuary as seen from the prom at Gravesend.