HMS DUNCAN sailed down the Thames on Thursday evening after a week long visit to the capital.

The Royal Navy's newest warship, which arrived May 20th, squeezed out of West India Docks at Canary Wharf at about 6pm.

Before leaving London, the Type 45 destroyer received a visit from the Duke of York.

Prince Andrew, who reached the rank of Commander in the Royal Navy, presented Long Service and Good Conduct medals to some of the ship's company.

The Duke also placed a message inside the British Legion's polished brass and burnished red copper poppy-shaped Jutland 100 capsule which has been designed by the artist Mark Humphrey.

The Duke places his message in the @PoppyLegion #Jutland100 Capsule pic.twitter.com/hxohAEqbqH

HMS Duncan is carrying the capsure on board towards Jutland centenary events where the capsule will be released into the water to become a permanent memorial at sea. 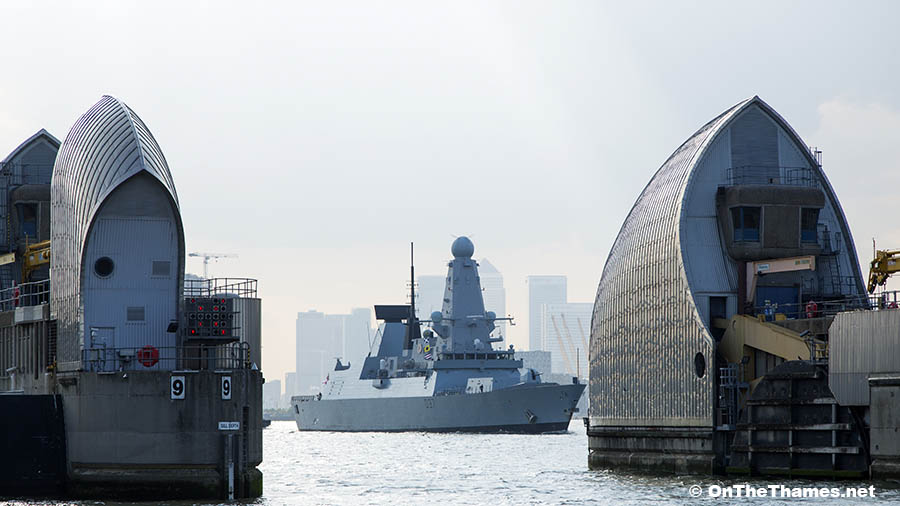 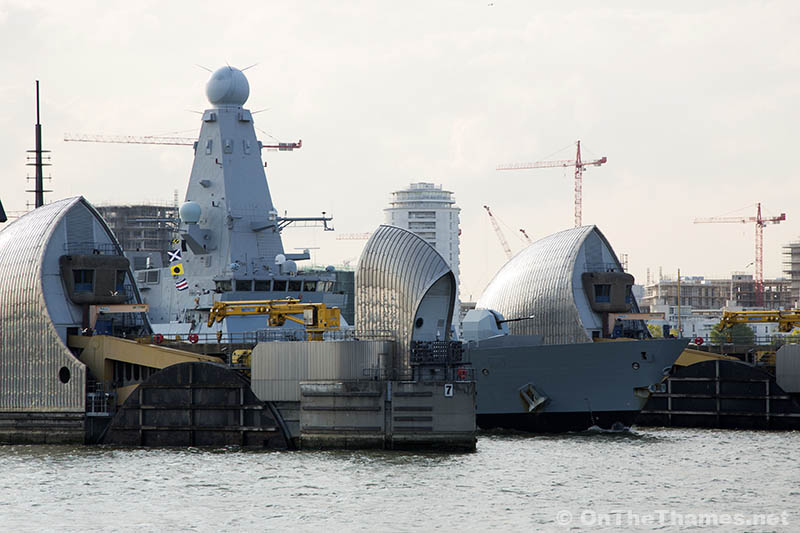 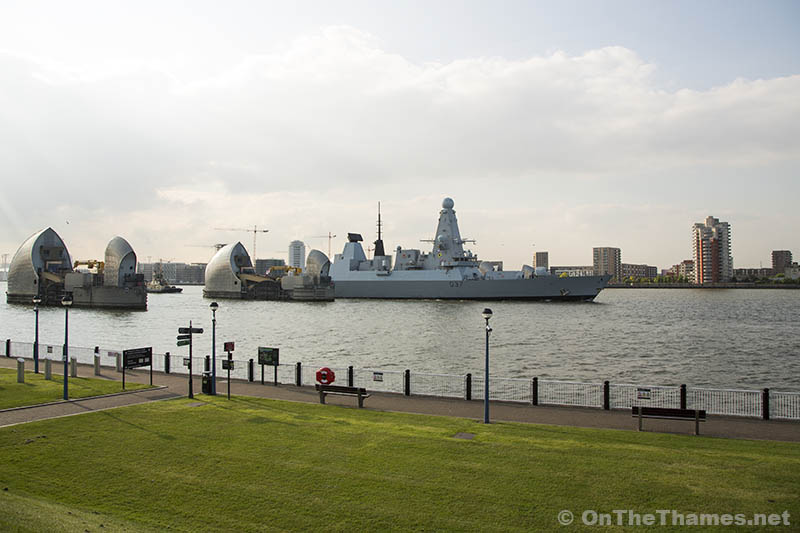