Japanese navy ship Kashima sailed up the River Thames yesterday for a three day visit to the capital.

The 143-metre long vessel is the training ship of the Japan Maritime Self-Defense Force (MSDF) and arrived through Tower Bridge shortly after 1pm to moor alongside HMS Belfast.

Her arrival in London is the latest port visit for the ship which is on a sixth month training voyage for students from MSDF’s Maritime Officer Candidate School.

Visitors to HMS Belfast on Tuesday will have the added benefit of being able to tour JDS Kashima, with it open between 1000-1200 and 1300-1600 (normal charges for HMS Belfast entry apply.)

Tower Bridge will left again on Wednesday at 1430 for the departure of the ship. 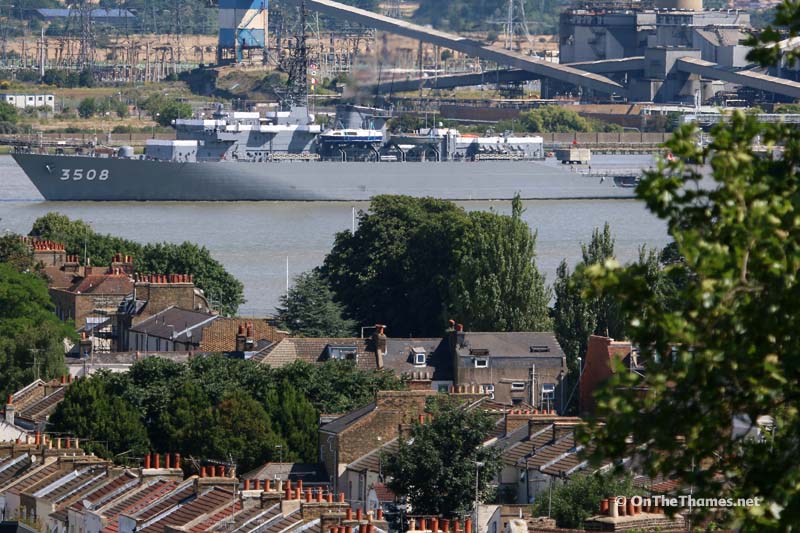 The ship sails past Gravesend on a sunny Sunday 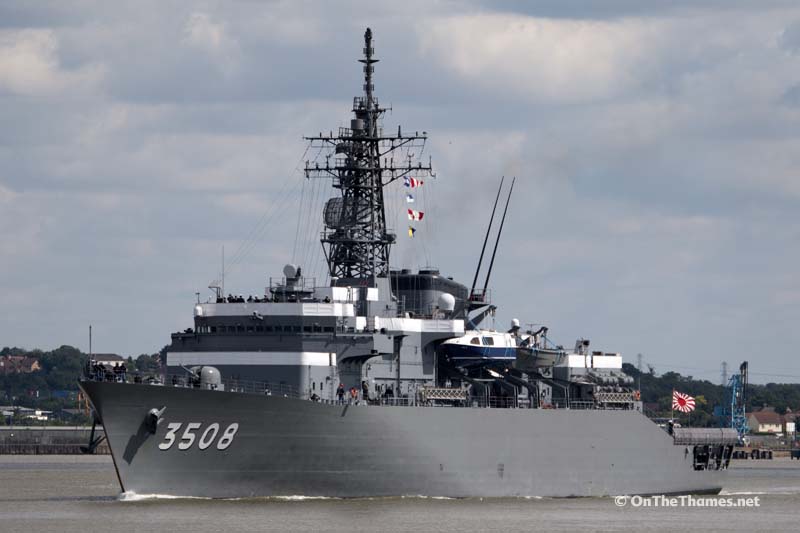 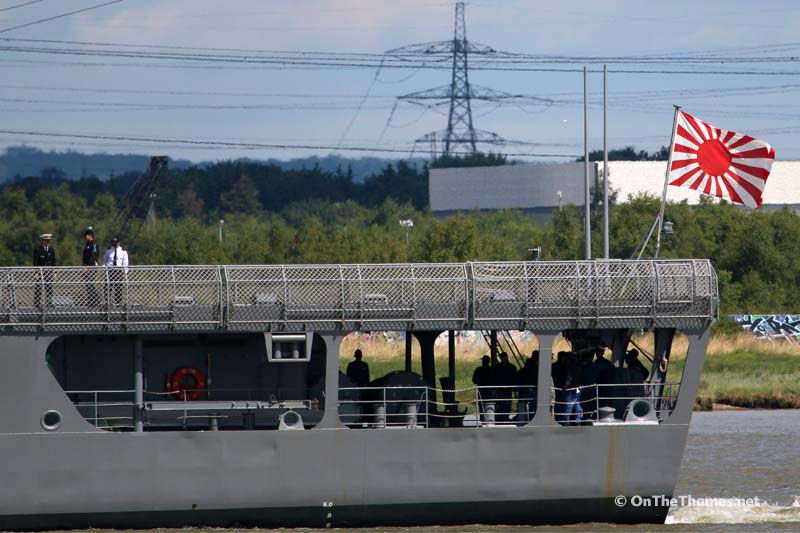 The Rising Sun Flag flew from the stern of the ship 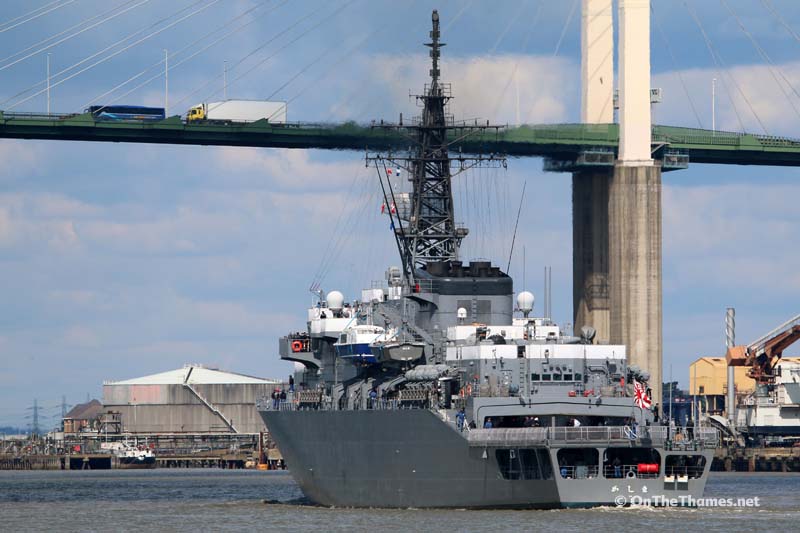 JDS Kashima heads under the QEII Bridge at Dartford 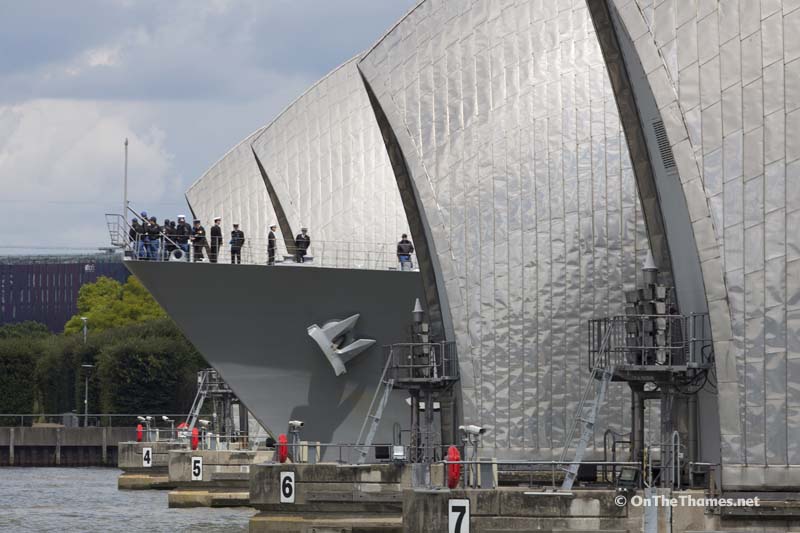 The bow of the ship emerges through the piers of the iconic Thames Barrier. 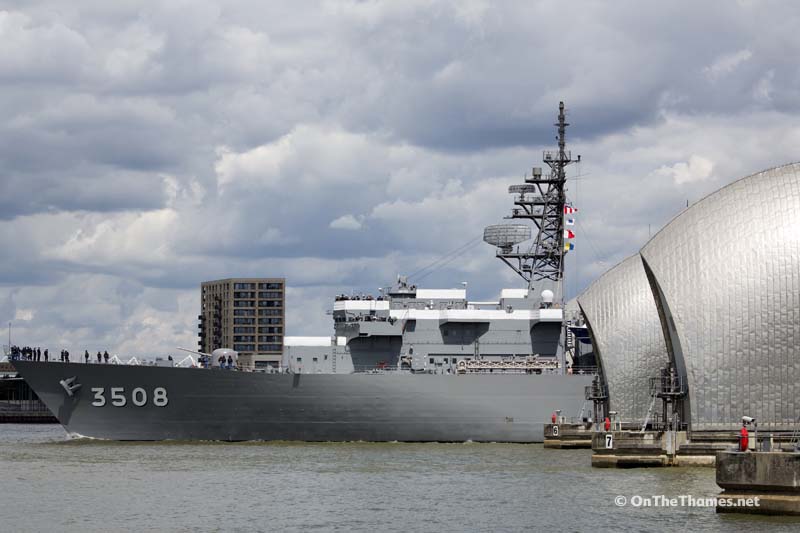 The ship transited through the barrier shortly after midday. 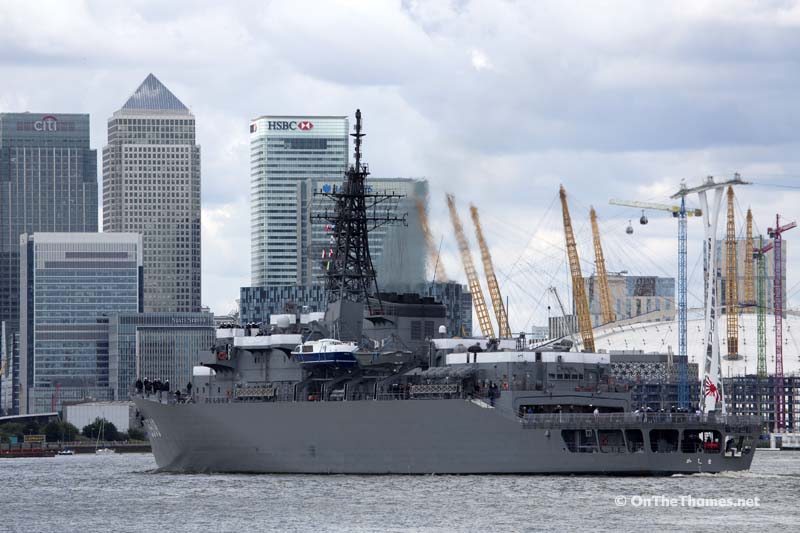 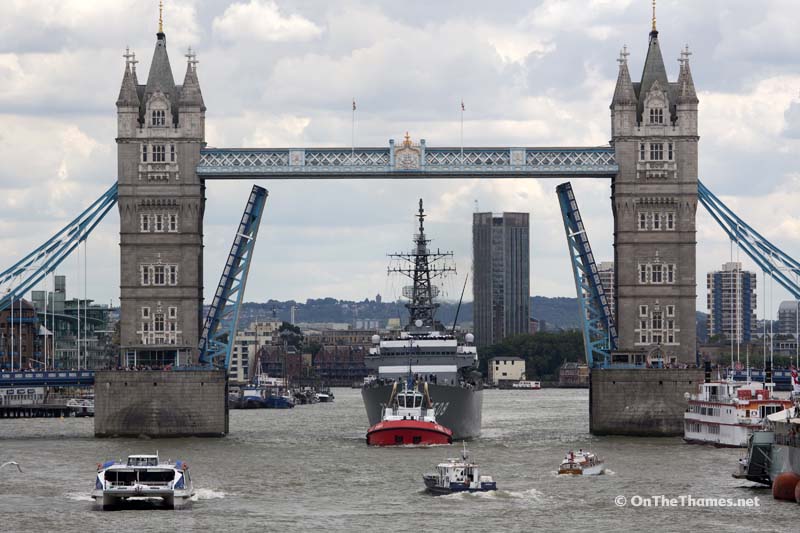 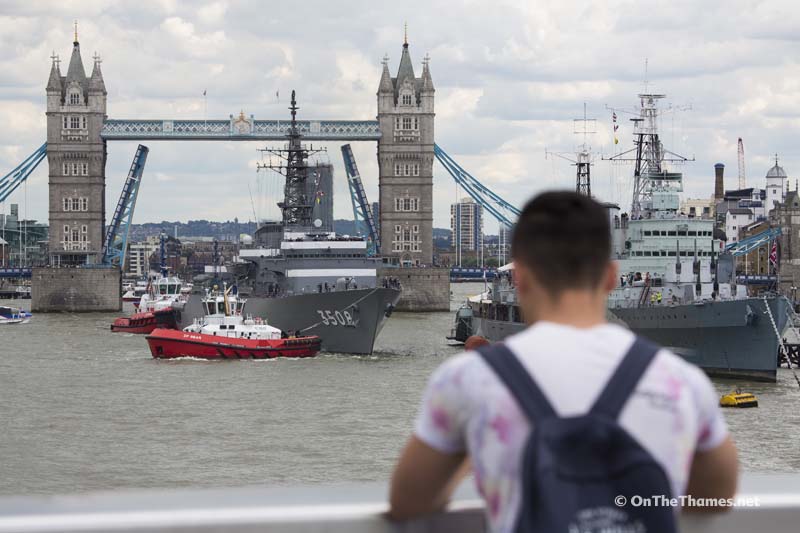 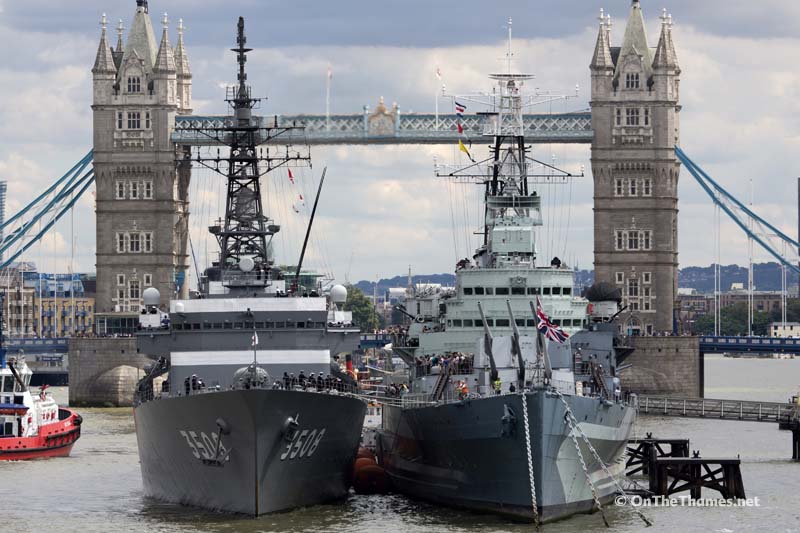 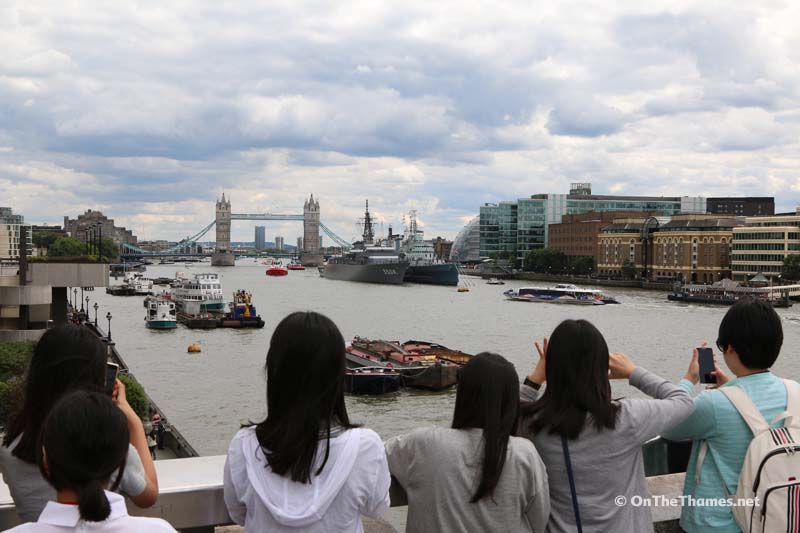 The arrival is of particular interest to Japanese visitors to London.