AN EXTRAORDINARY $300 million superyacht sailed up the River Thames on Saturday to moor alongside HMS Belfast.

The distinctive vessel, named simply as motor yacht "A", was designed by legendary Philippe Starck and is one of the most expensive privately owned yachts ever seen in London on the Thames.

Built at the Blohm + Voss shipyard in 2008, the striking yacht divides opinion thanks to its unique design with what is described as an upside down hull. The 119 metre long vessel has three on board swimming pools and can accommodation 14 guests and 42 crew.

M/Y A was built for the Russian billionaire Andrey Melnichenko and was reported to have been on the market earlier this year as the industrialist has launched an even more expensive vessel called sailing yacht A.

"A" cruised up the Thames on a windy and rainy Saturday afternoon, transiting through the Thames Barrier just after 4pm and passing under Tower Bridge at 5pm.

Photographs and video of Superyacht A arriving in London 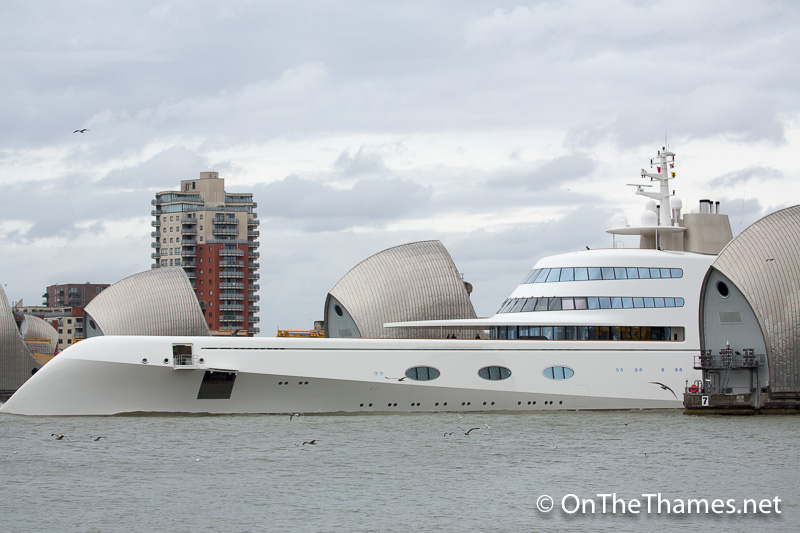 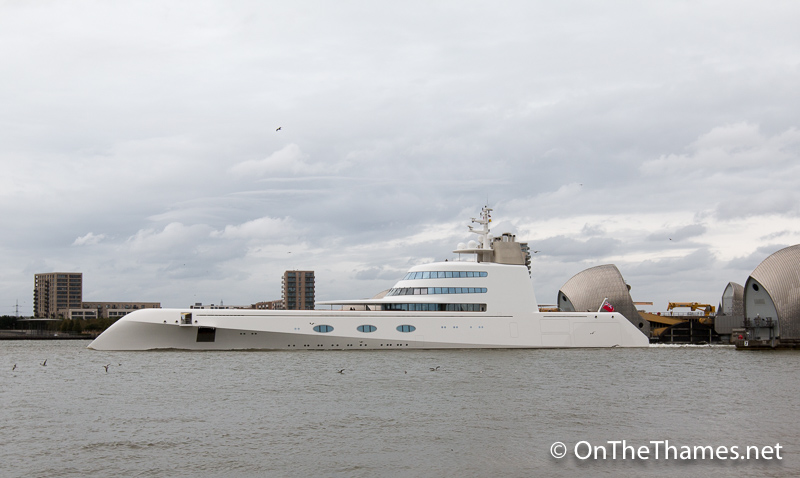 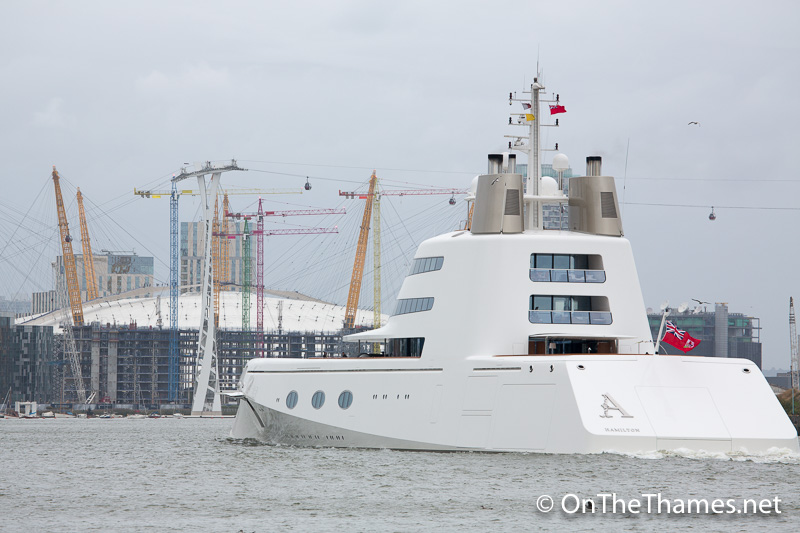 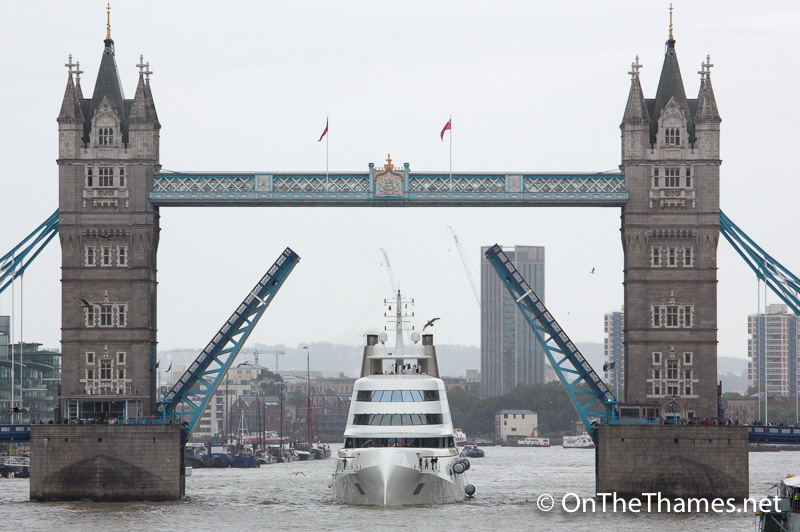 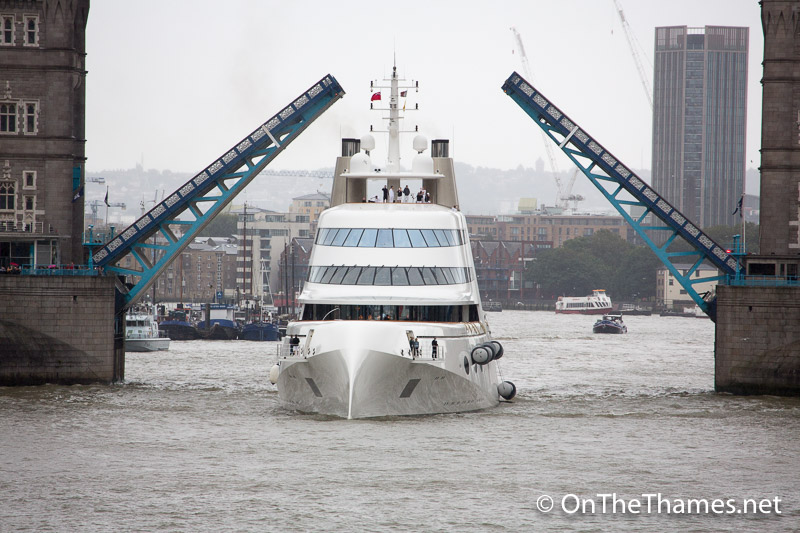 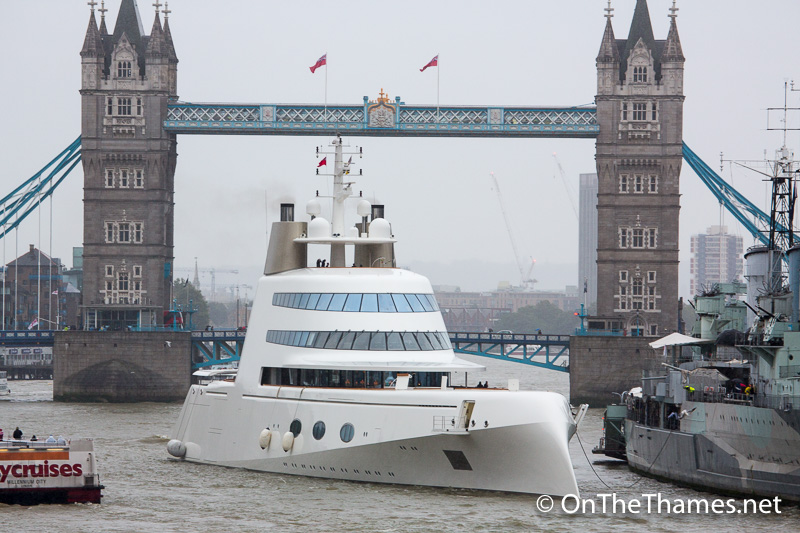 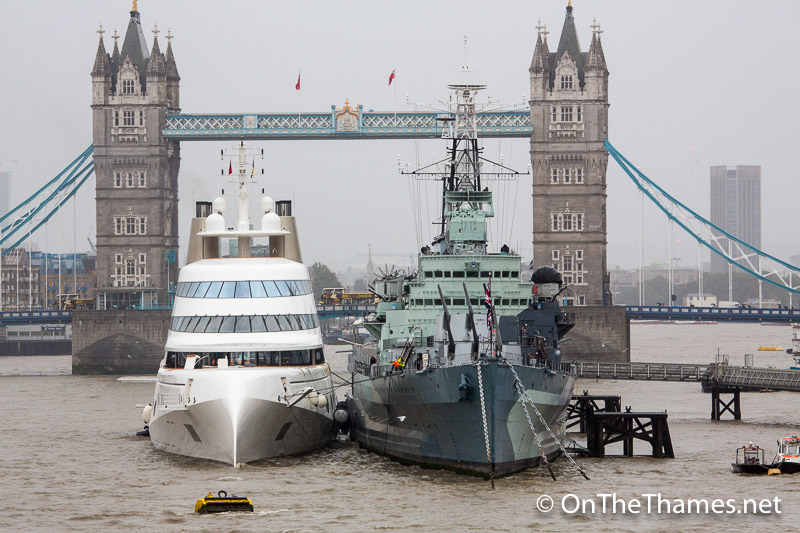