A HUGE chimney at Grain on the Hoo peninsula in Kent was razed to the ground yesterday morning after dominating the local skyline for almost forty years.

Grain Power Station chimney became the tallest concrete structure to ever be demolished in the UK when it was felled by explosives at 11am yesterday.

Large crowds gathered at available vantage points to see the 244 metre tall structure come crashing down at the defunct Grain A Power Station.

It took just a matter of seconds for the chimney to collapse to the ground, disappearing from the local landscape forever.

As one of the tallest structures in the country, the chimney had become a useful navigational aid for mariners on the Medway and Thames.

How it happened - Grain chimney coming down 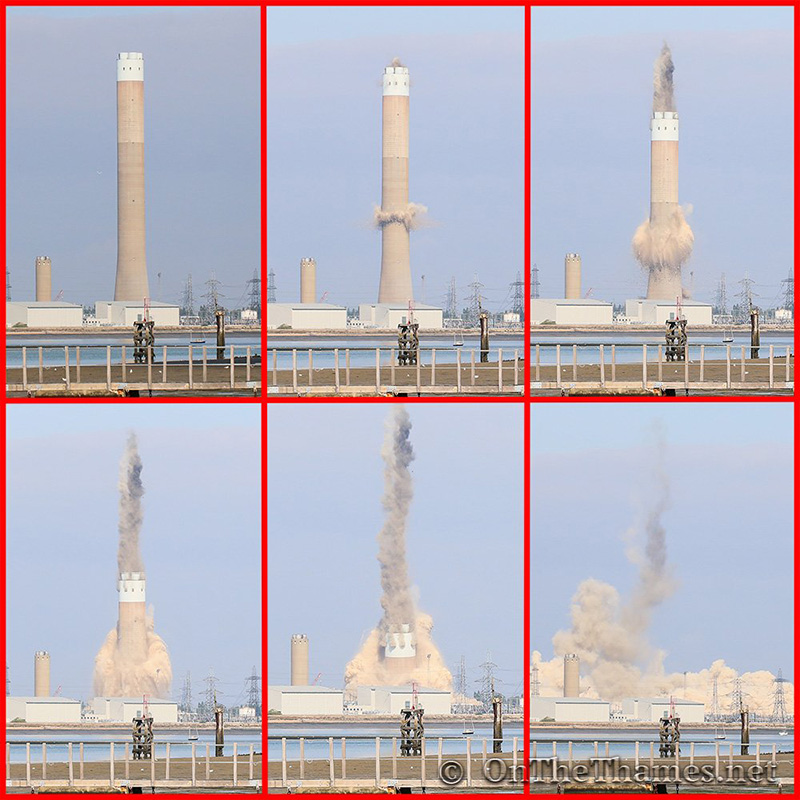