TWO huge chimneys at Tilbury Power Station have been brought crashing down to the ground this morning,

At 8am the tallest standing concrete structures in Essex were razed to the ground in a controlled demolition at the decommissioned power station.

Crowds had gathered at vantage points in Tilbury and along the riverside in Gravesend to watch the local landmarks disappear from the horizon forever and reduced to rubble.

With a bang echoing across the river it has overlooked for almost 50 years, the north chimney was the first to fall. Before the first chimney had reached the ground, a second bang could be heard, signalling the imminent collapse of the south chimney too.

Both of the 171 metre tall stacks had vanished from the landscape in under twenty seconds, sending up clouds of grey smoke as they went.

For many of the people watching the chimneys - which were built in 1969 - have been a permanent fixture for the whole of their lifetimes. Pubs and cafes opened early as spectators raised a glass to the passing of the old and the arrival of a permanently altered horizon by 8.01am.

Site-owners RWE plan to demolish the other main structures at the power station, such as the Coal Bunker Houses, later this year. The complete demolition of the site is expected towards the end of next year.

VIDEO: Watch the moment that the Tilbury Power Station chimneys came crashing down 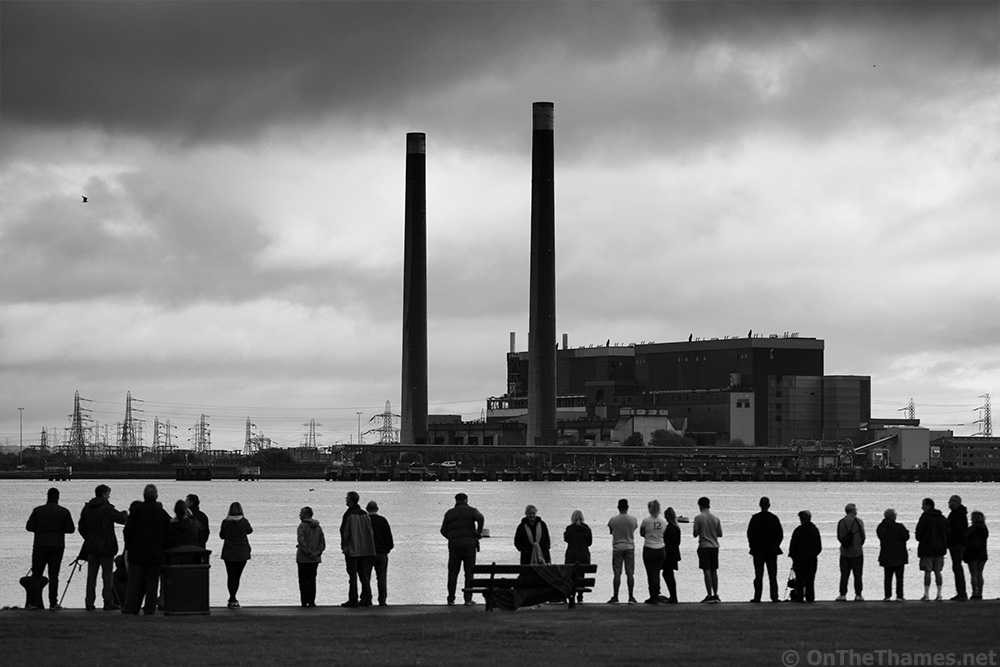