The Dartford Crossing is a vehicle crossing comprised of two tunnels, known as the Dartford tunnel(s), and one bridge, which is officially called the Queen Elizabeth II Bridge. In normal circumstances, all north bound traffic uses the tunnels and southbound traffic uses the bridge. This is a tolled crossing where vehicle number plates are detected and the Dart Charge must be paid by midnight the following day. 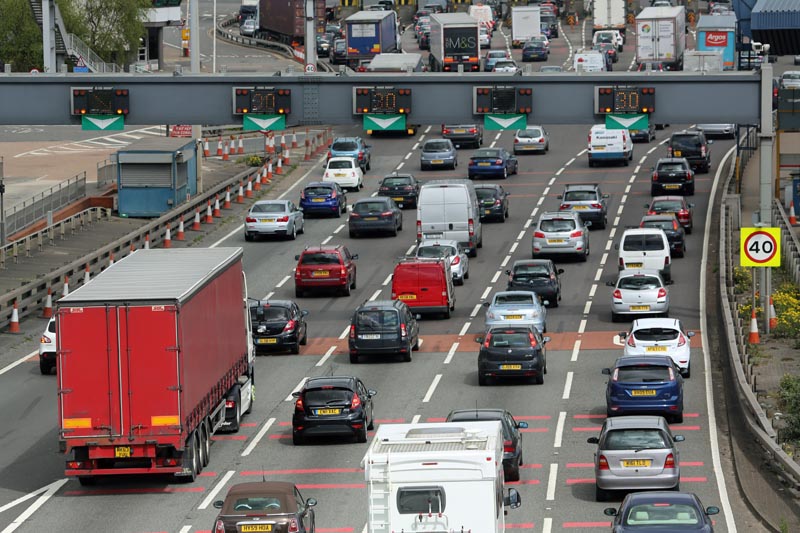 The crossing is frequently busy with traffic. The removal of payment booths in favour of the cashless Dart Charge system was designed to enable freer-flowing movement of vehicles.

The bridge was opened by The Queen in October 1991. It is a cable-stayed bridge with 61-metre tall towers at either side. 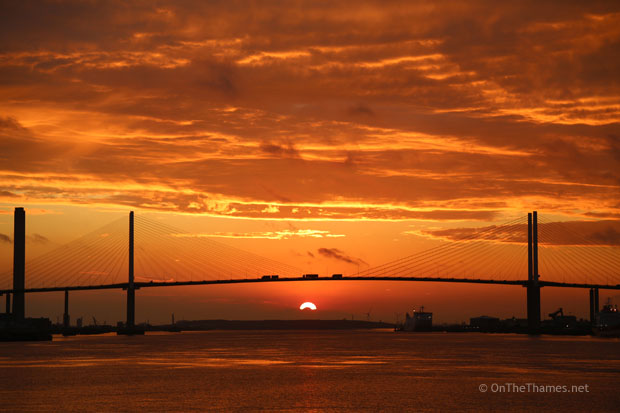 Sun setting behind the QEII Bridge