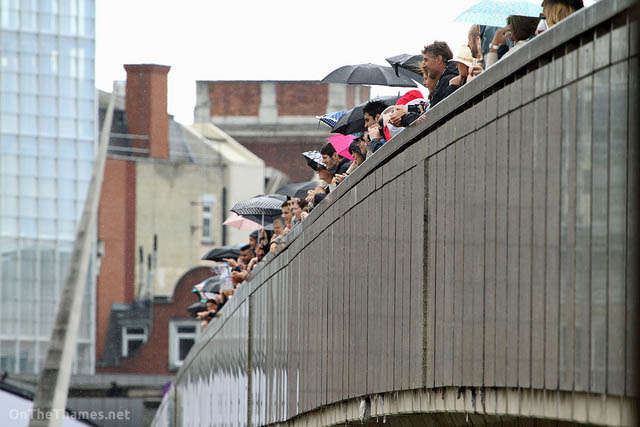 London Bridge provides a road link between the City of London, by Monument, to Borough, south of the river.

There have been several bridges at this important crossing point and the current one was opened by the Queen in 1973. Construction on it began in the late 1960s and it was built directly alongside the previous bridge so that a crossing would remain open throughout the build. 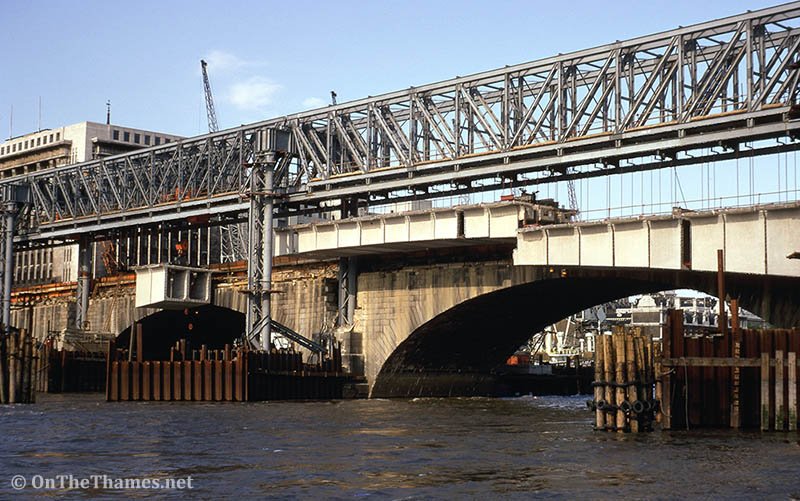 Construction of the modern London Bridge alongside the previous bridge.

The previous London Bridge, which was known as the new London Bridge, was in use between 1831 and 1967. It was famously sold to the American Robert McCulloch and moved to Arizona in the USA. Legend has it that he believed he was buying Tower Bridge although this oft-repeated claim has been disputed.

That bridge had replaced the "Old London Bridge" which stood from early in the 13th century for over 600 years and was used for homes and shops as well as being a river crossing.